With director Patty Jenkins back at the helm and Gal Gadot returning in the title role, Wonder Woman 1984 is Warner Bros. Pictures’ follow up to the DC Super Hero’s first outing, 2017’s record-breaking Wonder Woman, which took in $822 million at the worldwide box office. The film also stars Chris Pine as Steve Trevor, Kristen Wiig as The Cheetah, Pedro Pascal as Max Lord, Robin Wright as Antiope, and Connie Nielsen as Hippolyta. 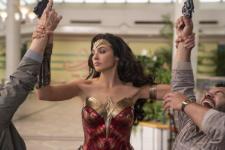 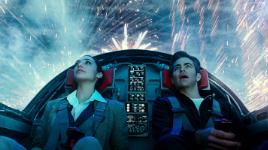 Wonder Woman 1984 Movie Review
By James Harvey
Building off its big-screen predecessor, Wonder Woman 1984 is a vibrant, heartfelt and ultimately hopeful adventure, despite a slip here and there, that reminds us why the legendary DC Comics hero has not only stood the test of time, but remains as relevant as ever. While Wonder Woman was and still stands as an excellent big-screen solo outing for the famed Amazonian Princess, its sequel here successfully trades in the dark grit (though entirely appropriate and debatably necessary) of the original for lavish, bright (and awesome) four-color heroics that burst off the screen, all paired with a positive, affirming and much-needed message about love, truth and hope.

After journeying to man’s world to save it with her first big-screen solo outing in 2017, our hero Diana Prince (Gal Gadot) once again finds herself acting as savior, but in an unexpectedly personal way. To quickly touch on Wonder Woman 1984‘s plot, as spoiler-free as possible, when power-hungry businessman Maxwell Lord (The Mandalorian‘s Pedro Pascal) acquires the Dream Stone from Barbara Ann Minerva (Kristen Wiig) and gains the ability to grant wishes, Wonder Woman must find a way to right those wrongs, no matter what the cost. At the same time, Wonder Woman struggles with her lonely existence, performing heroic deeds in secret while still in mourning over the loss of Steve Trevor (Chris Pine).

While the movie offers up plenty of pulse-pounding action – including an incredibly rousing opening prologue in Themyscira, followed by a great montage of heroic feats – Wonder Woman 1984 is just as equally emotionally engaging, as well. Under the skillful eye of returning director Patty Jenkins, Gadot turns in her best performance yet as the fabled hero, effortlessly embodying not just the stunning beauty and strength of Wonder Woman, but also her love and compassion. And it’s that love and compassion that ends up driving this movie more than its flying fisticuffs, resulting in an experience that will not only get your pulse racing, but undoubtedly elicit a tear or two in the process. It’s joyous escapism that also tugs a bit at the heartstrings.

Despite the larger-than-life characters and earth-shattering events, everything in Wonder Woman 1984 feels grounded and surprisingly human. Minerva’s transformation to the Amazonian Princess’ classic foe, Cheetah, is partially fueled by being overlooked and beaten down by an unfair life, which feels relatable and painfully real. Wiig is effortlessly and immediately likable as Minerva, giving her a tangible sense of humanity that makes you root for her (and maybe even take her side over Diana’s at one point) despite the inevitable and tragic outcome.

Wonder Woman 1984‘s take on Maxwell Lord is also surprisingly sympathetic, as his yearning to be a successful father leads him down a path of greed and lust, but at the expense of what really makes a man a man. Right out of the gate, it’s very clear which real-life figure serves as the inspiration for Pedro’s interpretation of Lord. However, ironically, the fictional DC Comics character here is far more believable and human compared to the cruel, one-dimensional source material the world’s been forced to endure these last few years. And while the film does lean into it pretty hard, the very-1980s trope of the evil business man’s desire for power is given a much more (and surprising) layered portrayal here, so much to the point to where there’s legitimate suspense as to whether Wonder Woman will be able to save him before it’s too late. Lord and Minerva both end up making for sizable and compelling antagonists for the famed Amazonian.

Joining Gadot, Wigg and Pacal is Pine, reprising his role of Steve Trevor from the first big-screen Wonder Woman outing. Directly linked to the evil machinations of Lord, Trevor ends up being an intriguing complication for Wonder Woman as well as a fun, charming sidekick and emotional center for the Maid of Might. While his arc might be a little lacking compared to the film’s other main players, Pine and Gadot make for a lovely on-screen couple and their chemistry remains as enjoyable and rock solid as ever. They’re such a strong pairing, and together they completely sell Princess Diana’s near blind love for her late beau and its subsequent impact on the story and her character.

One could even argue that the film’s somewhat romanticized 1980s setting is its other key cast member. Wonder Woman 1984 embraces what made the decade so memorable, both the good and the bad. Yes, we see big goofy hair, questionable fashion, emerging technology – all of that, but the film also doesn’t entirely look away from some of the decades darker aspects, such as the influence of corporate greed and escalating global tensions. Jenkin’s incredibly doting devotion to the era influences her work behind the camera, as well. After a very welcome return to the island of Themyscira for an extended (and gorgeous) prologue, the story shifts to 1984 and with it comes a likewise shift in the film’s direction and production choices. Whether it’s her choice in camera movements, certain shots, the set design and staging, the use of vibrant, bright colors, and so on – even the occasional acting choice – the timeframe plays a crucial role both in-front and behind the camera. In fact, this movie seems like something that actually could’ve been made and released in the mid-1980s. 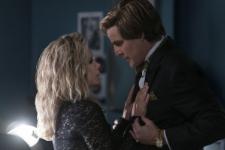 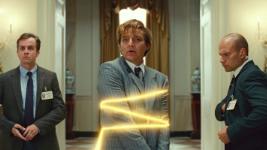 Even some of the film’s major set pieces feel especially on-brand for the time. Both the extended action sequence that caps off the film’s opening montage – where Wonder Woman stop a robbery in a Washington, D.C. shopping mall – or a later chase sequence in Egypt, feel like something straight out of an 80s action movie. On top of the setting, Richard Donner’s Superman also is a clear influence on Jenkin’s approach not only to action scenes, but also to how Wonder Woman’s super heroics are depicted in general, instilling them with a genuine sense of wonder (appropriately) and a hint of magic. All the heroics and action, it even feels a little corny, but that also feels right for what Jenkins is trying to pull off.

And while the film’s plot will likely be considered silly in comparison to other recent comic book movies, a wishing stone is no more or less whackier than spider-powered teenagers, witches, shrinking superheroes, super-powered aliens and so on. Hell, a lot of superhero adventures are basically wish fulfillment fantasies. If anything, Wonder Woman 1984 does a stronger job at grounding its fantastic elements by having characters whose actions are spawned from extremely relatable motivations and emotional conflict, as opposed to the usual quippy MacGuffin chasers that we get in most comic book movies (not that I’m complaining, keep in mind).

However, as bold and confident as Wonder Woman 1984 is, it does make a couple missteps. Viewers will likely feel every bit of the 151-minute runtime, but that’s more the result of pacing issues than the film’s actual length. After its two exhilarating, fast-paced opening set pieces, the movie slows down considerably for its first hour as it sets up the main players and gets the plot rolling. Nothing here feels wasteful or unnecessary, and we do get a wealth of great and tender character beats (and these scenes do matter for the film’s overall story), but tighter editing would’ve helped to trim some of those longer beats down and smooth out the pace for a more consistent experience from start to finish. As a result, the build-up to the big finale feels like it takes longer than it should, lessening the impact and sucking out some of the enjoyment from an otherwise entertaining finale.

Similarly, as fun as the story is, it does grow a little unwieldy and muddy by the time Lord makes his final move, but again that likely could’ve been rectified with some tougher cutting. Wonder Woman 1984‘s ongoing minor struggles with its own internal logic regarding Lord and what he and the Dream Stone can do also really picks up around the climax, and becomes a little confusing and leaves more than a couple questions unanswered (though one could argue this is intentional to mimic the chaos of the plot at the moment), but the movie’s ultimately able to pull itself back together to end on a strong note and a hopeful epilogue.

Also, as with the first movie, the special effects unfortunately end up a bit of a mixed bag. They hold up for the most part, adding a modern flair to some of the very-80s action, but every once and a bit the effects look rubbery and unconvincing, but never so jarringly so that it really hurts the movie. Surprisingly, the CGI mutated/evolved form of The Cheetah, briefly seen in the trailers, looks much better than expected.

To note, Hans Zimmer (The Dark Knight Trilogy, Man of Steel) provides the score for Wonder Woman 1984, stepping in for Wonder Woman composer Rupert Gregson-Williams, and unquestionably creates one of his better works in recent years. By no means does that mean his other work has been subpar, not at all, but there’s a sense of fun and joy in Zimmer’s score here that we haven’t really gotten in some of his other recent projects (granted, that could just be due to Wonder Woman 1984‘s more upbeat setting and tone in comparison to his other recent works). Plus, his take on the established theme for Gadot’s Wonder Woman is wicked and quite possibly the best take on it yet.

Vibrant, uplifting and packed with all the heroics and heart we’ve come to expect from one of comicdom’s best characters, Wonder Woman 1984 is exactly the movie it needs to be, flaws and all, and maybe it’s just the right movie we all need right now. As the end credits roll, you can’t help but feel a little hopeful – just for a moment – that things will get better. It’s a comforting escape, with a pinch of nostalgia and sentimentalism, during a time when it’s so desperately needed, and it thankfully doesn’t disappoint. It’s uniquely engaging, using real emotional stakes to invest us that much deeper in the outcome in a way most other comic book-based movies can’t. Despite a couple minor quibbles, Wonder Woman 1984 is a bright, heartfelt adventure packed with great action, strong characters and unbridled optimism. Must See! 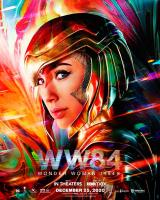 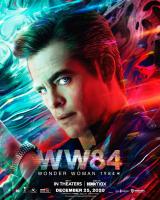 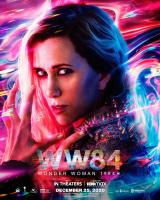 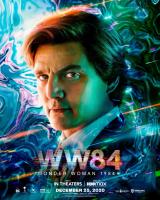 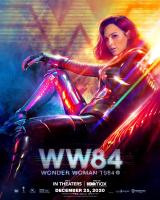 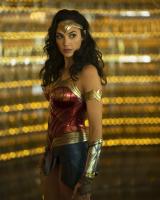 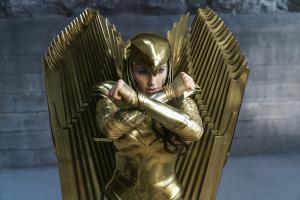 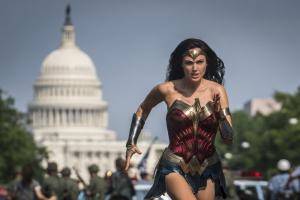 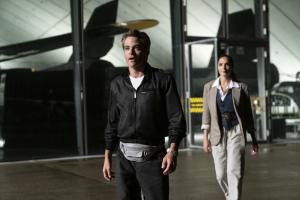 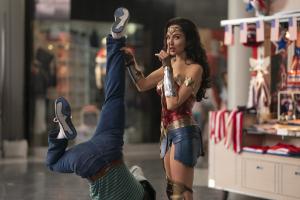 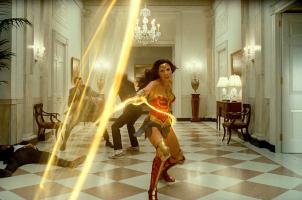