BACKSTAGE – CATCHING UP WITH YOUNG JUSTICE

Here’s What You Need to Know Before Starting Young Justice: OutsidersNew to the world of Young Justice? Ashley V. Robinson fills you in on what you need to know before checking out the show’s newest season on DC Universe.
(Originally published on DC Comics.com)

Alright, readers, strap in for a full Young Justice breakdown from DC’s resident fan of 1990s teams made up of teenage superheroes! Young Justice: Outsiders debuts on DC Universe today, and if you’re anything like me, you’ve already cleared your schedule to devote yourselves fully and completely to the third season of the resurrected animated series. But, in case you might need a refresher, or you’re hoping to jump into Outsiders without having watched any previous episodes of Young Justice, I have got your back. Everything you need to know to fully immerse yourself in DC Universe’s first animated show is as follows…

What the heck is Young Justice? I thought the sidekick team was called Teen Titans!

Young Justice is a superhero team created in 1998 by Todd DeZago and Todd Nauck that debuted in TEEN TITANS: SECRET FILES #1 and was originally just a trio comprised of Connor Kent (Superboy), Tim Drake (Robin) and Bart Allen (Impulse). In 2010, it got an animated adaptation which is not a direct adaptation of the original storyline, but an entirely original-and very awesome-take on this second distinct team of young heroes.

The animated team is led by the legacy character who really should be in charge of the first generation of a team-Robin! However, unlike in the comic book iteration, this is Dick Grayson. He’s joined by Miss Martian, Aqualad (Kaldur’ahm, who was created specifically for the show, despite a take on the character debuting in the comics around the same time), Wally West (yaaaay!) and Artemis. Speedy was originally a founding team member, but as the oldest member of Young Justice, he left the team behind pretty quickly in order to graduate into his Red Arrow identity, leaving the door opent for the aforementioned Artemis (who you may know as “Arrowette” from the comic continuity).

Fun fact: Artemis’ sister is the villain Cheshire, who in the comics gets romantically involved with Roy Harper. They eventually have a baby together.

The Justice League encourages this new young team to work together out of Happy Harbor, a former Justice Society of America HQ and the original headquarters of the Teen Titans in their original 1960s comic book introduction, under the watchful eye of Red Tornado. As you might imagine, they’re not the best at working together, but they find their feet just in time to break into Cadmus Lab (who you should be familiar with if you’re watching Supergirl), and rescue Kon-El a.k.a. Superboy to round out the full team.

Black Canary moonlights as their combat instructor and gets some of my favorite scenes with Kon that have ever been written. I highly recommend seeking them out!

The big bad in the first season is a group of supervillains known as “The Light” who have a mole inside Young Justice. SPOILER ALERT: The mole turns out to be a Roy Harper clone. At the end of the first season, the real Roy is fine except for losing his arm-a classic character moment drawn from the comics. I’m here for one-armed Roy!

The second season was subtitled Young Justice: Invasion, and it takes a leap five years into the future. All of the characters we loved from the debut have matured, and some have even taken on new identities. Dick Grayson is now Nightwing (and it’s awesome!), Miss Martian has ended her relationship with Superboy and begun a relationship with Lagoon Boy. Things get awkward.

Tim Drake is now Robin and he’s just the beginning of the vastly expanded cast we get during the second season. And I mean VASTLY EXPANDED. One of the things the fans love about Young Justice, but that also tends to scare people off, is how deep into DC’s bench it goes. In Season 2, we get Batgirl (Barbara Gordon), Beast Boy (who has a new origin tying him directly to Miss Martian), Wonder Girl (Cassie Sandsmark), Bumblebee, Guardian, Blue Beetle (Jaime Reyes) and Impulse (Bart Allen). Impulse is a late addition who travels back in time in a storyline I’m still holding out to see on The Flash live action television show.

Blue Beetle’s introduction proves to be integral to the second season because the primary villains are a group of invading aliens called “The Reach.” They turn out to be secretly working with The Light (the main villains from season one), who are still hellbent on wiping Young Justice from the face of the Earth. Jaime proves to be a big help, The Reach are defeated…but all is not completely well! Artemis fakes her death with the help of her teammates (and some magic) and goes undercover with Aqualad to learn more about The Light.

Obviously, there’s a lot more going on in Young Justice than just what I covered here. Interpersonal relationships are also a staple of the show and one of the reasons it’s resonated so strongly with its fans. As a young team, these moments tend to be dramatic, but they also get more complex as the show goes on. I can only guess where things are going to go in Young Justice: Outsiders, but I for one am excited to find out alongside all of you.

Check out this special episode of DC All Access – the official DC Entertainment online news series – dedicated to the top ten episodes of Young Justice. Click on the player below to watch it.

This video has been disabled: Copyright infringement

Click on the thumbnail images below to view assorted images from Bringing Back Young Justice, a five-part documentary on the creation of the acclaimed animated series’ third season. The DC Universe documentary covers the production of Young Justice‘s third season, including writing, animating, voice acting, character design and more. The gallery below features an assortment of images, provided by Warner Bros. Animation and DC Universe, spotlighting different moments from the documentary. The first part of the Bringing Back Young Justice documentary debuted on January 8, 2019, with the subsequent installments debuting on each of the following Tuesdays on the DC Universe streaming service. Click on the thumbnails below for a closer look. 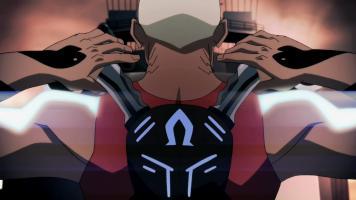 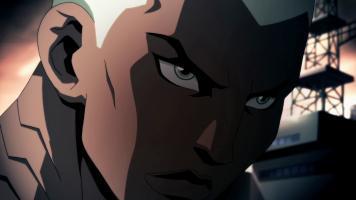 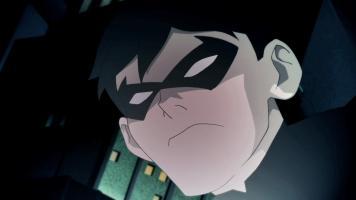 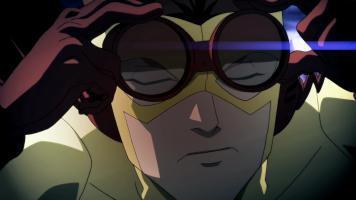 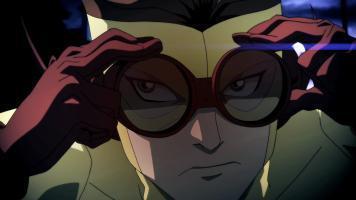 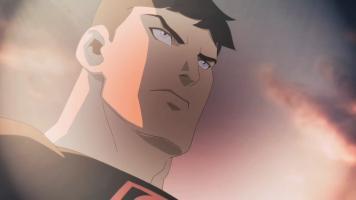 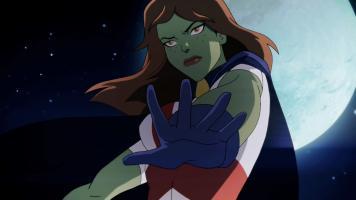 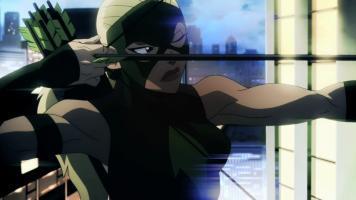 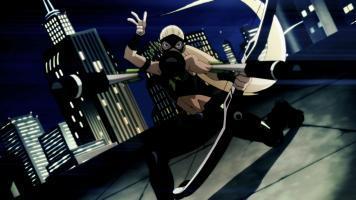 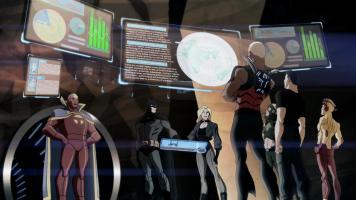 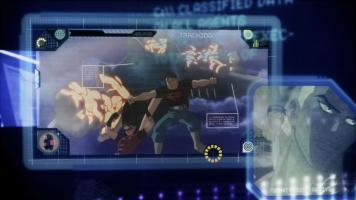 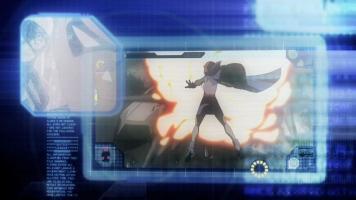 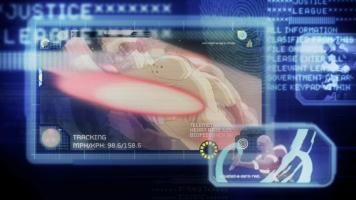 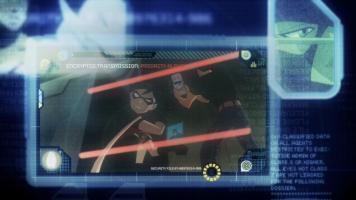 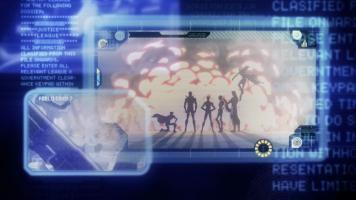 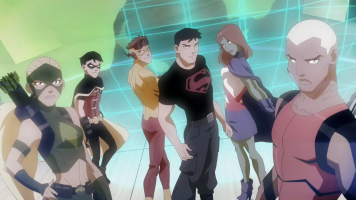 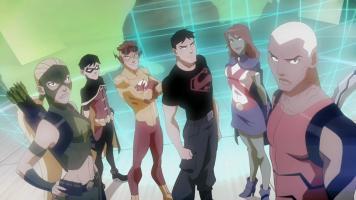 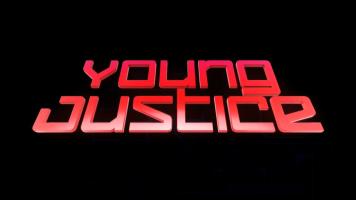 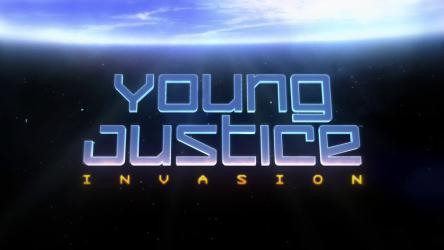