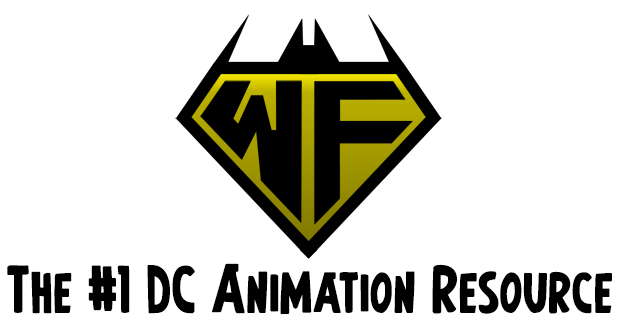 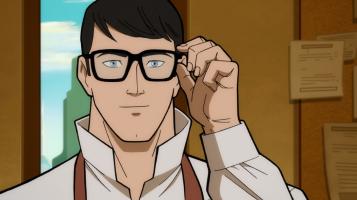 Synopsis: It’s the dawn of a new age of heroes, and Metropolis has just met its first. But as Daily Planet intern Clark Kent – working alongside reporter Lois Lane – secretly wields his alien powers of flight, super-strength and x-ray vision in the battle for good, there’s even greater trouble on the horizon. Follow the budding hero as he engages in bloody battles with intergalactic bounty hunter Lobo and fights for his life to halt the attack of power-hungry alien Parasite. The world will learn about Superman … but first, Superman must save the world!

Superman: Man of Tomorrow introduces a new producing vision to the DC Universe Movies series, which now numbers 41 films over its 13 years of existence. Supervising Producer Butch Lukic has a rich pedigree in DC animated productions, serving as producer on Constantine: City of Demons, Justice League Action and the Batman Unlimited franchise, as well as directing episodes of Justice League, Batman Beyond and Beware the Batman. Lukic brings a new visual aesthetic to Superman: Man of Tomorrow that departs from the animation styles – of previous producers Bruce Timm (23 films) and James Tucker (17 films) – thus far represented in the DC Universe Movies.

Chris Palmer is the director of Superman: Man of Tomorrow, utilizing a script by Tim Sheridan. Producers are Jim Krieg and Kimberly S. Moreau. Executive Producer is Sam Register.

The DC Universe Movie line takes us back to the early days of the Man of Steel for its latest Superman-focused adventure, and the result is an animated feature that offers a legitimately novel take on arguably the most well-known superhero origin ever. Mixing the classic aspects that we know from Superman’s origins with some new tweaks and touches, Superman: Man of Tomorrow becomes an intriguing re-imagining of the early days of DC Comics’ first superhero. While it hits a lot of marks we come to expect from a story such as this, the new ingredients and how it’s framed fleshes out Clark Kent’s world in a humanizing, intimate fashion that will keep viewers curiously hooked until the end credits.

Easily accessible to newcomers, Superman: Man of Tomorrow wisely posits that, regardless of familiarity with the character, everyone has a basic understanding of just who is the Man of Steel. While the movie doesn’t explicitly spell out his origin beat for beat, Superman: Man of Tomorrow uses it to fuel Clark Kent and his drive to discover who he is and what’s his place in the world. The movie keeps his origin just slightly out of focus, giving viewers the relevant bits necessary to push the movie forward. Of course, the start of Superman’s heroic super-journey gets a little more complicated when Martian Manhunter and Lobo crash the scene, further throwing his world for a loop.

Directed by Chris Palmer and written by Tim Sheridan, Superman: Man of Tomorrow weaves a tale of possibility and hope. It never becomes bleak or cynical, but – even during some of the film’s heavier moments – there’s a sense of optimism and positivity that keeps the movie from reverting to just another angst-fest. In fact, this noticeable shift in tone feels like a bold step not just for this movie, but the DC Universe Movie line as a whole. And that’s on top of this movie’s approach to recounting Superman’s origin, which feels different enough that, even without the changes to the lore, it gives the impression that potential subsequent installments in this particular continuity could be open to some bold changes. Having the story also tackling Superman’s “coming out” to the world also adds a surprisingly powerful and endearing streak the story. But, based on this movie alone, and it’s really strong understanding of Superman and who he is, any changes wouldn’t feel out of step when other characters get introduced (we get a great name drop that already has me salivating for that character’s first solo movie in this universe, if it comes to pass).

Long-time followers of the DC Universe Movie line will instantly notice the movie’s visual approach is quite the departure from previous efforts. Backgrounds are clean, bright and striking, and characters designs look ripped right from the four-color comic page. Characters look clean, but the designs still have plenty of detail (think Archer) and mostly smooth movements. While this isn’t the first time a movie from the line has shaken up its visual approach, this one really feels like a radical departure from everything that’s come before. And it’s not just the visuals, too. From top to bottom, everything feels like it’s been approached with new eyes to make sure Superman: Man of Tomorrow stands out as a clear rebirth of the DC Universe Movie line (even the physical media packaging gives that impression).

And as this is the first movie since Justice League Dark: Apokolips War, it makes sense to take us back to the beginning with DC Comics’ first superhero, and it’s ultimately the right choice. Superman: Man of Tomorrow takes a very simple and a surprisingly effective straight-forward approach to the Man of Steel’s origins here. There’s no tricks, no gimmicks, just Clark Kent trying to figure out what his next step should be, and how that eventually leads him to becoming the biggest superhero of all-time. That being said, it does throw plenty of neat touches and little surprises to add some extra heft and weight to the proceedings, but it’s never done in a distracting manner. It just feels like a natural extension of the core for this particular story. Exploring Clark’s journey under the theme of ‘what does it means to be an alien (for lack of a better descriptor)’ is a great touch which really brings out the humanity of the character and makes this story feel very personal.

Familiar faces in like Lex Luthor, Lois Lane, Ma and Pa Kent and Perry White are key parts of the ensemble, but characters from the larger DC Universe, including Lobo and Martian Manhunter, play roles that feel like a crucial stepping stone to something bigger down the line (giving credence to Sheridan’s fresh approach to Superman’s first days on the scene). While Superman: Man of Tomorrow features basically everyone you’d expect in a movie such as this, and even a couple surprising additions, there is one Daily Planet staffer that’s MIA (though it’s understandable in context of the story).

And yes, the casting for these characters is so on point. Darren Criss’ Clark Kent comes across as kind and earnest, and a little lost, but you can catch subtle changes in his performance as Kent steps closer and closer to his iconic superhero persona. He becomes a bit more self-assured, more confident. And Criss isn’t the only one who absolutely nails it. Alexandra Daddario as Lois Lane is another pitch-perfect casting choice. While Lois here is very much already becoming the character we know from decades of story-telling, Daddario (and the script) sprinkles her performance with little quick moments of vulnerability to highlight that this iteration is still very much new to the scene. Zachary Quinto fits the role of Luthor nicely, and is clearly relishing the chance to play such an odious character.

Continuing, Brett Dalton, who plays Rudy Jones/The Parasite, brings surprising warmth to the role, adding just the right air of tragedy to his character. Neil Flynn’s turn as Pa Kent especially deserves a shout-out, too. He brings such a sense of caring and warmth to this character, purely through his performance, so much so that WB should lock him down as the new voice of Pa Kent going forward. Oh, Ryan Hurst as Lobo? Also perfect, and Ike Amadi as Martian Manhunter is solid casting. In general Superman: Man of Tomorrow does a great job in making these characters feel real, feel honest, modern, and that’s a testament to the skills of voice director Wes Gleason, the script, and the super-sharp performances.

While the film does excel in a host of different areas, unfortunately it’s not perfect. The pacing of Superman: Man of Tomorrow occasionally hits a snag, with some scenes lasting a little longer than they should. Given the film’s sparse score (Kevin Riepl’s score is legitimately intriguing and so damn good), a lot of these moments are also near silent, which only highlights the issue that much more. Some of these scenes could’ve been used to further flesh out some of the film’s cast (especially Lobo). In that same spirit, there are a few moments where things are just taken at face value with no further inquiry, and no one seems to really push deep for more details to better understand what’s happening and who’s who. While the movie gives us a solid understanding of the supporting cast, it’s really just the basics for the most part, though it’s clear this will be addressed in future installments of this universe, if that comes to pass. Vague, yes, but, again, avoid spoilers.

That said, Superman: Man of Tomorrow is undeniably engrossing. While we know the outcome of where Clark’s story is going, generally, it wisely keeps the focus on a couple specific timeframes. As mentioned above, keeping the origin off-center but fueling the film’s story is a genius move that helps keep everything laser-focused. Even the relatively low stakes of this movie, when compared to others in the line, is also fairly refreshing and works to bring forth more of Clark’s character. You can almost palpably feel how much Clark yearns to help as he tries to learn his place. And framing it all as somewhat of a ‘coming-out’ story makes this take on Superman just that much more engrossing, too.

From the script to the directing to the characters to the awesome visuals and stirring score work, Superman: Man of Tomorrow is a bright, hopeful look at the burgeoning Man of Steel, and is exactly what we need following the dark, devastating Justice League Dark: Apokolips War. Despite a couple hiccups, this Superman-centric animated feature is a great place for new fans to start and a deep-rooted, intriguing enough take on arguably the most well-known superhero origin of all-time that long-time fans should be just as entertained. Highly Recommended!

Please note that while Warner Bros. Home Entertainment provided The World’s Finest with a 4K Ultra HD Blu-ray copy of Superman: Man of Tomorrow to review, that had no impact on the product’s final assessment. The author did purchase a copy of the film on iTunes for completion and comparison purposes.

[ Continue on to the Superman: Man of Tomorrow Home Media review ]

Copy and paste this URL into your WordPress site to embed

Copy and paste this code into your site to embed