It was Christmas in July as Warner Bros. Home Entertainment gave a gift, then tossed in a few surprises at 2022 Comic-Con International this past weekend.

Among the many panel highlights was Aldis Hodge, the voice of John Stewart/Green Lantern in his first animated feature film starring role, surprising the crowd with an impromptu reciting of the Green Lantern Oath, delivered with an impressive intensity and joy. See the attached photo.

During the later part of the panel discussion, WBHE reminded the crowd of the final DC Animated Movie coming this Fall — Batman and Superman: Battle of the Super Sons (10/18/22) — and then rekindled its Comic-Con tradition of announcing its initial slate of DC Universe Movies and DC Animated Movies for the following year. See the attached image. With only names announced thus far, these film titles are coming in 2023:

Further details are expected in the coming months for these four upcoming DC Universe Movie and DC Animated Movie titles, including cast details, release dates, trailers and more. Additionally, DC Comics announced a new printing of the Batman: The Doom That Came To Gotham trade paperback softcover collection, released to tie into the upcoming DC Animated Movie adaptation of the acclaimed comic mini-series of the same name, will hit shelves April 4, 2023.

Be sure to stay tuned to The World’s Finest for further updates and exclusive content. Discuss these upcoming titles and more right here by clicking on the links below. 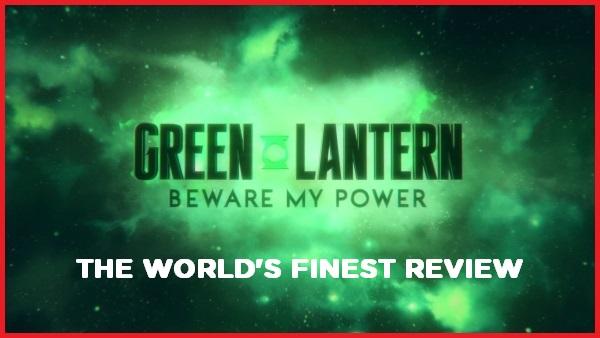 Announced during the Green Lantern: Beware My Power movie premiere and discussion panel at the San Diego Comic-Con 2022 pop culture convention on July 22, 2022, Warner Bros. Home Entertainment revealed four upcoming animated releases slated for 2023. The titles, featuring two DC Universe Movie releases and two DC Animated Movie releases, are a mix of original content and adapted material, and spotlight the Justice League and the Legion of Super Heroes, among others. More details are below. 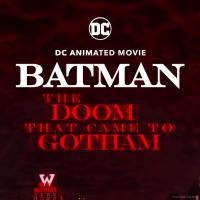 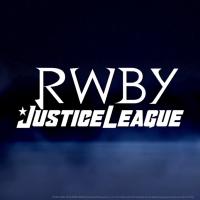 The studio announced Batman: The Doom That Came To Gotham, a loose adaptation of the fan-favorite comic series by Mike Mignola, for the DC Animated Movie line. The acclaimed 2001 comic series offered a Lovecraftian twist on the classic Batman mythos, and was written by Mignola and Richard Pace, with art by Troy Nixey.

The other title set for the DC Animated Movie line is the previously announced RWBY/Justice League crossover animated feature, the full title revealed here to be Justice League x RWBY: Super Heroes and Huntsmen, Part One. More details on that feature are available here.

Lastly, the two DC Universe Movie titles scheduled for 2023 include Justice League: Warworld and Legion of Super Heroes. Both titles are a continuation of the “in-continuity” DC Universe Movie titles that started with Superman: Man of Tomorrow in 2020. While there are no details on Justice League: Warworld, Legion of Super Heroes will be the first time there will be an animated project focused fully on the Legion of Super-Heroes since the animated series ended in 2008. In the film, Supergirl finds she needs a few lessons as she acclimates to Earth…and Superman looks to the heroes of the Legion to get it done. 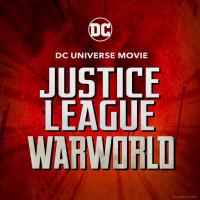 Further details are expected in the coming months for these four upcoming DC Universe Movie titles, including cast details, release dates, trailers and more. Be sure to stay tuned to The World’s Finest for further updates and exclusive content. Discuss these upcoming titles and more right here at The World’s Finest by clicking on the links below.

The launch of a new animated Harley Quinn limited series and the fourth issue of the Young Justice: Targets mini-series are both set for an October 2022 release from DC Comics. Please note the description for Harley Quinn: The Animated Series – Legion of Bats! appear to contain spoilers for the forthcoming second season of the Harley Quinn animated series, debuting July 28, 2022 on the HBO Max streaming service. Continue below for artwork and further details, all provided by DC Comics as part of their October 2022 solicitations.

Written by GREG WEISMAN
Art and cover by CHRISTOPHER JONES
Variant cover by MEGHAN HETRICK
Black Adam variant cover by PAUL RENAUD
$3.99 US | 32 pages | 4 of 6 | Variant $4.99 US (card stock)
The search for Queen Perdita continues and the conspiracy behind her abduction deepens as Lex Luthor’s involvement becomes apparent! Now the Outsiders and Gorilla Squad head to a Lexcorp robotics factory in Bialya to investigate further, and what they find will rock them to their core!
ON SALE 10/25/22

Written by TEE FRANKLIN
Art by SHAE BEAGLE
Cover by YOSHI YOSHITANI
Variant cover by DAN HIPP
1:25 variant cover by LOGAN FAERBER
1:50 variant cover by JESS TAYLOR
$3.99 US | 32 pages | 1 of 6 | Variant $4.99 US (card stock)
When last we checked in with Harley Quinn, she ate, she banged, and she killed—but now it’s time for something a little different. Fresh out of the events of Harley Quinn: The Animated Series season 3, Harley has found herself a part of a highly unlikely team—the Bat-Family! Meanwhile, Poison Ivy has found herself prepping for her new job—leader of the Legion of Doom! But while Harley and Ivy adjust to their respective new roles, a ghost from Ivy’s past enters the fray and threatens the relationship between everyone’s favorite clown/plant couple!
ON SALE 10/18/22

Dynamic Music Partners recently sat down with James Harvey of The World’s Finest to discuss the exciting release of Teen Titans Original Soundtrack – Volume One, an extensive soundtrack featuring music from the show’s first season. Distributed by the music collective’s own label, Dynamic Soundtrack Records, the title is available for purchase starting July 21, 2022 through your preferred digital retailer. Here, Michael McCuistion, Lolita Ritmanis and Kristopher Carter discuss their joyful collaborative experience working on the fan-favorite Teen Titans series. Click on the image below to check out the interview. 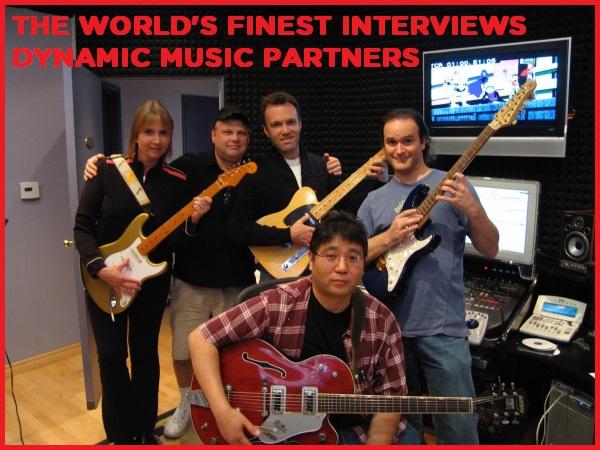 The Teen Titans Original Soundtrack – Volume One soundtrack release arrives July 21, 2022, from Dynamic Music Partners and Dynamic Soundtrack Records, and is available to purchase from your preferred digital retailer. Sign up for the DMP mailing list at the form below to be notified of future releases…AND, as a special bonus for subscribing, you’ll receive a PDF guide with episode-specific track info! Also, click on the image below for a closer look at the cover art. 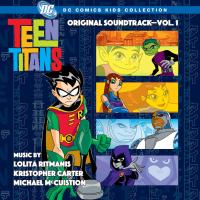 Check out the The World’s Finest Teen Titans subsite for images, videos, exclusive content and much more! Discuss this news by clicking the link below.