“Batman: Mystery of the Batwoman” To Air On YTV In July 2008 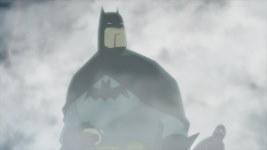 Buoyed by his Oscar nod for scripting A History of Violence, Josh Olson has become one of the most sought-after writers in Hollywood. But amidst the offers following his nomination came the opportunity to pen a chapter of Batman: Gotham Knight and that was an offer simply too tempting to resist. The result is an impressive opening segment to the film that not only arrests the imagination with visually stunning perspectives of Batman, but sets the thematic tone for the entire six-chapter film.

In the segment, entitled “Have I Got a Story for You,” Olson tells the story of how chance encounters with Batman by a group of street-wise youngsters leave each kid with a very different impression of the Dark Knight.

Since A History of Violence, for which he was also nominated for the British Academy Award, the Writer’s Guild Award, the Edgar and the USC Scriptor award, Olson has been busy drafting screenplays for both film and television. Olson has adapted the Dennis Lehane short story Until Gwen and will be directing the project himself. He worked on a draft of Halo for Peter Jackson, and is currently adapting L. Frank Baum’s
Oz books for Warner Bros. and Village Roadshow Pictures.

Olson will join fellow Batman: Gotham Knight writers Brian Azzarello, Greg Rucka and Alan Burnett, along with executive producer Bruce Timm, on the panel following the film’s premiere at Wizard World Chicago on June 28. Batman: Gotham Knight will arrive July 8, 2008 on DVD and Blu-Ray disc, and will also be available that day On Demand via digital cable and for download through broadband sites.

Olson strode off the yellow brick road for a short discussion of his role in the creation of Batman: Gotham Knight, his amusement over 1960s Batman action verbiage, and his passion for a good, old-fashioned decapitation.

Click here to discuss the story and Batman: Gotham Knight!

To view the full-size image, click the thumbnail below. 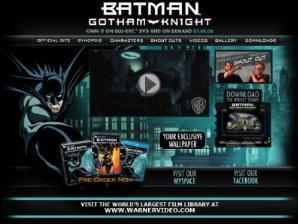 Justice League Unlimited #46, written by Matt Wayne with art by Carlo Barberi, will focus on the Green Lantern Corp facing off against an imposing and deadly enemy.