DC Comics has released details on the upcoming Young Justice: Targets mini-series and the Harley Quinn: The Kiss. Bang. Kill. Tour hardcover collection as part of their July 2022 solicitations. The publisher also recently released details on other upcoming titles of note, the first being the DC Pride 2022 #1 anthology featuring a story written by Batman: The Animated Series‘ Kevin Conroy and the other being a selection of The Batman Adventures stories reprinted in the Harley Quinn: 30 Years of the Maid of Mischief hardcover collection. Continue below for artwork, collection details and more, all provided by DC Comics.

Written by GREG WEISMAN
Art and cover by CHRISTOPHER JONES
Variant cover by MEGHAN HETRICK
1:25 variant cover by TRAVIS MERCER
Queen Perdita has been kidnapped! Mysterious armored assailants have snatched the Vlatavan royal out from beneath Bowhunter Security, leaving Green Arrow and Black Canary poisoned and comatose in the process! Now a rallying cry echoes around the globe, and across super-teams, to band together and rescue Perdita! Young Justice co-creator Greg Weisman and Christopher Jones bring you an action-packed follow-up to Young Justice: Phantoms that will rock the team to its core! Plus, each issue includes a bonus story detailing previously unseen adventures from past seasons of Young Justice!
$3.99 US | 32 pages | 1 of 6 | Variant $4.99 US (card stock)
ON SALE 7/26/22

Written by TEE FRANKLIN
Art by MAX SARIN and ERICH OWEN
Cover by MAX SARIN
Harley and Ivy are on the road trip of the century! Following the wedding disaster of the decade, Harley Quinn and Poison Ivy end up on the run from Commissioner Gordon and the GCPD! But as fun as that all sounds, Ivy still worries about her actions after Kite Man left her at the altar…luckily, Harley’s got the perfect scheme to shake her out of her wedding day blues. A HarlIvy Moon! But when they come face-to-face with one obstacle after another—old lovers? trust issues? childhood trauma?—not to mention a bevy of villains with their own bones to pick, will this Thelma and Louise-style journey end in victory, or tragedy?

More details on Young Justice: Targets can be found here. Continue below for additional details on the May 2022-scheduled DC Pride 2022 #1 anthology title and the September-slated Harley Quinn: 30 Years of the Maid of Mischief hardcover collection release. 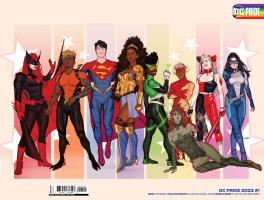 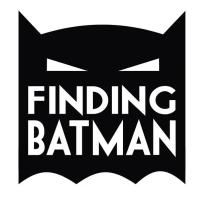 HARLEY QUINN: 30 YEARS OF THE MAID OF MISCHIEF THE DELUXE EDITION

Queen Perdita has been kidnapped! Mysterious armored assailants have snatched the Vlatavan royal out from beneath Bowhunter Security, leaving Green Arrow and Black Canary poisoned and comatose in the process! Now a rallying cry echoes around the globe, and across super-teams, to band together and rescue Perdita! Continuing the story of Young Justice: Phantoms, now streaming on HBO MAX, is the six issue, digital first Young Justice: Targets.

Written by Young Justice: Phantoms showrunner Greg Weisman with art by storyboard artist Christopher Jones, Young Justice: Targets will be available in comic shops on July 26. DC UNIVERSE INFINITE subscribers will have early access to the digital first comic, as Young Justice: Targets #1 will debut on the premium digital subscription service on June 14. Plus, each issue includes a bonus story detailing previously unseen adventures from past seasons of Young Justice!

“It’s been an amazing journey years after working with Greg Weisman on Young Justice comics, getting the opportunity to help create storyboards for the most recent season of the TV show, and now returning to produce more comics,” said Artist Christopher Jones. “Between my growth as an artist and the fabulous color by Jason Wright I think these are the best-looking comics I’ve ever had a hand in creating. I love getting to help tell the stories of these characters, and I can’t wait for fans to see where things go after Young Justice: Phantoms.”

Stay tuned right here for further Young Justice coverage and updates, and check out the The World’s Finest Young Justice subsite for more images, videos, exclusive content and much more! Discuss this news by clicking the link below.

DC Comics has released a preview for a holiday-themed Batman: The Adventures Continue tale slated to appear in its upcoming 80-page ‘Tis the Season For Freezin’ anthology one-shot, which hits print and digital on Dec. 14, 2021. Titled “One Snowy Night,” Robin and Mr. Freeze get the spotlight in a new story written by regular Batman: The Adventures Continue writers Alan Burnett and Paul Dini, with art by Jordan Gibson and colors by Monica Kubina. A description of the issue along with preview pages are available below:

‘TIS THE SEASON TO BE FREEZIN’

Additionally, the final issue of Batman: The Adventures Continue – Season Two, issue #7, will also be available starting Dec. 14, 2021. Details on that issue can be found here.

DC Comics has announced the final issue of Harley Quinn: The Animated Series – The Eat. Bang! Kill. Tour will hit print this coming February 2022. The issue will be released earlier in 2022 on DC Universe Infinite and digital platforms before it hits comic store shelves. Details were released as part of the publisher’s February 2022 solicitations. Continue below for further information, all provided by DC Comics.

Written by TEE FRANKLIN
Art and cover by MAX SARIN
Variant cover by DERRICK CHEW
Ivy seeks out Vixen’s help to defeat Mephitic and save Harley before time runs out! Meanwhile, Gordon gets an anonymous invitation to Detroit. And a new friend changes the way Ivy views relationships in this series finale!
$3.99 US | 32 pages | 6 of 6
$4.99 US Variant (Card Stock)
ON SALE 2/8/22
17+

Please note that DC Comics previously provided details for the final issues of Batman: The Adventures Continue – Season Two, which can be found here, and Justice League Infinity, available here.