Suspicion is on high after Batman, Batgirl, Robin and other Super Heroes receive mysterious invitations. However, family values must remain strong when Batman and his team encounter the villainous Red Hood, who is obsessed with destroying the Bat-family and all of Gotham City.

Keep an eye on the Batman: Hush subsite here at The World’s Finest for a review of the animated feature and its home media release. The next installment in the DC Universe Movie line, Batman: Hush is currently available on digital media and hits physical media and streaming on August 6, 2019. Click on the link below to discuss this news.

Warner Bros. Animation has provided The World’s Finest with episode details and images for the Young Justice: Outsiders episode set to debut August 6, 2019 on the DC Universe streaming service. Young Justice: Outsiders finds our heroes still dealing with the events of Young Justice: Invasion while facing the new threat of metahuman teen trafficking and the intergalactic arms race for control of these super-powered youths. New episodes of the series debuts every Tuesday on DC Universe. Continue below for episode details and images. 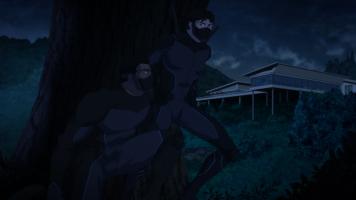 Click on the above thumbnail to view more images from the episode!
Young Justice: Outsiders “Unknown Factors”
Original Airdate – August 6, 2019
Dick Grayson and Jefferson go after Gretchen Goode – only to encounter the ominous Overlord.


Episodes will appear on the streaming service at 12pmET/8amPT. Following the early-July mid-season premiere of three new episodes, DC Universe will roll out one new Young Justice: Outsiders episode a week until the season finale in August 27, 2019, which again will consist of a three episode drop. The third season of Young Justice features 26 episodes in total. 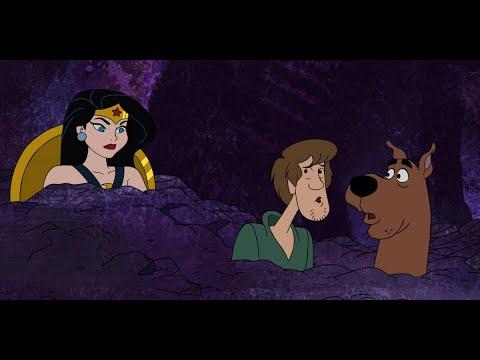 The classic DC Comics character Wonder Woman is scheduled to appear on an upcoming episode of the new animated series Scobby-Doo and Guess Who?. The animated series, airing on Cartoon Network and streaming on the Boomerang app, finds The Mystery Inc. gang bringing in a new guest star each week to help solve a mystery. Wonder Woman will appear in the episode “The Scooby of a Thousand Faces,” which will debut August 1 on the Boomerang streaming service and August 12 at 10:30am on Cartoon Network. Warner Bros. Animation has provided The World’s Finest with two clips, including an exclusive, and a selection of images, available below. 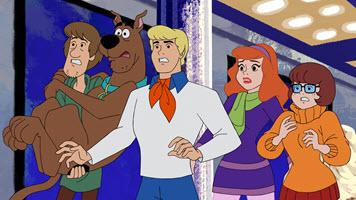 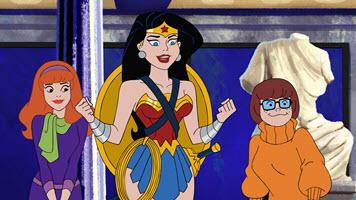 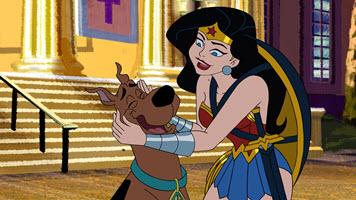 The episode is described as follows:

Scooby-Doo and Guess Who?
The Scooby of a Thousand Faces!
When a marble statue comes to life at a museum in Greece, our gang is caught between a braying minotaur and a sword-wielding Wonder Woman! Teaming up with Themyscira, the Mystery Inc. gang experiences a little rift of boys versus girls.

Scooby-Doo and Guess Who? “The Scooby of a Thousand Faces!” will debut August 1, 2019 on the Boomerang streaming service and August 12, 2019 at 10:30am ET on Cartoon Network. Stay tuned for further animation updates right here at The World’s Finest!

Discuss this news at the Anime Super Hero Forum!