Watch the trailer in the player above!

Description: Harley Quinn has finally broken things off once and for all with the Joker and attempts to make it on her own as the criminal Queenpin of Gotham City. With the help of Poison Ivy and a ragtag crew of DC castoffs, Harley tries to earn a seat at the biggest table in villainy – the Legion of the Doom. She’s got her eyes on the prize and nothing can stop her, except maybe Batman and Commissioner Gordon or her jealous, deranged ex. But don’t worry – she’s got this. Or does she?

Things change quickly for Harley, though! Shockingly, Gotham has become a desolate wasteland, left in ruins, following a huge earthquake. Harley’s celebration in this newly created chaos is cut short when Penguin, Bane, Mr. Freeze, The Riddler and Two Face join forces to restore order in the criminal underworld. Calling themselves the Injustice League, this group now stands in the way of Harley and her crew from taking sole control of Gotham as the top villains of the city.

“Harley is allowed to be human, just like the rest of us. She can have fun, make mistakes, throw tantrums… you have a lot of characters that have to be perfect, but she can be imperfect. And what’s really fun is she gets to do all the mischievous and fiendish things that the rest of us can only fantasize about doing,” said Amanda Conner, legendary comic book artist and concept artist on the Harley Quinn animated series. For the series, Conner worked with character designer Shane Glines (Batman: The Animated Series).

Bonus:
Check out this special “Harley Quinn” poster made to commemorate comics creator George Perez, who passed away in 2022.
Click on the thumbnails for a closer look. 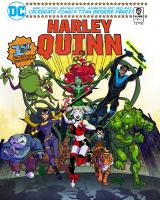 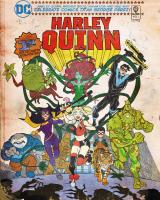