Warner Bros. Home Entertainment announced the first season of the Harley Quinn animated series, exclusive in the U.S. to the DC Universe streaming service, will be available June 2, 2020 on DVD. Harley Quinn: The Complete First Season will collect the first 13 episodes. Please note that while a Blu-ray release of the Harley Quinn animated series is in the works, there are no confirmed details at this time. Continue below for press details and cover art from the forthcoming release.

Harley Quinn premiered on DC Universe this past November to rave reviews from critics and fans alike. Now, fans can enjoy the non-stop laughs and excitement of the adult animated action-comedy series as Warner Bros. Home Entertainment gets set to release Harley Quinn: The Complete First Season. Available on DVD June 2, 2020 for $24.98, the set features all 13 half-hour episodes.

Harley Quinn has finally broken things off once and for all with the Joker and attempts to make it on her own as the criminal Queenpin of Gotham City. With the help of Poison Ivy and a ragtag crew of DC castoffs, Harley tries to earn a seat at the biggest table in villainy – the Legion of the Doom. She’s got her eyes on the prize and nothing can stop her, except maybe Batman and Commissioner Gordon or her jealous, deranged ex. But don’t worry – she’s got this. Or does she? So strap in for this non-stop, demented thrill ride!

“Fans can’t get enough Harley Quinn and we are thrilled to release Harley Quinn: The Complete First Season for them to embark on the character’s latest crazy antics,” said Mary Ellen Thomas, Warner Bros. Home Entertainment Senior Vice President, Originals, Animation and Family Marketing. “With adult humor and new animated action the release is timed to coincide with the series’ season two premiere.”

13 HALF-HOUR EPISODES
Til Death Do Us Part
A High Bar
So You Need A Crew?
Finding Mr. Right
Being Harley Quinn
You’re A Damn Good Cop, Jim Gordon
The Line
L.O.D.R.S.V.P
A Seat At The Table
Bensonhurst
Harley Quinn Highway
Devil’s Snare
The Final Joke

Rated TV-MA, for mature audiences only

About DC Universe
DC Universe is a first-of-its kind digital subscription service that fans can join today to stream highly-acclaimed original series, watch animated and live action films and series, and read more than 23,000 digital comic books that span 80 years of iconic stories. It is a membership like no other, designed for DC fans, an experience in video, comics and community that provides a shared place to gather around all things DC. With exclusive member rewards and merchandise, an exclusive daily DC news show and a thriving community fans can watch, read, shop, connect and explore like never before for only $7.99 per month or $74.99 annually (plus taxes, where applicable). DC Universe is available in the U.S. on iOS, Amazon Fire, Android, Apple TV, Android TV, the Roku platform, Xbox One as well as the web and mobile web. To learn more and purchase today, visit dcuniverse.com and follow DC UNIVERSE on social networks including Facebook, Instagram and Twitter. DC Universe is not intended for children.

The World’s Finest has published reviews for the Young Justice: Outsiders – The Complete Third Season and Teen Titans: The Complete Series Blu-ray titles from Warner Archive, both of which are available for order now through WB Shop and most digital retailers. In short, both titles come highly recommended to own!

Briefly, Warner Archive’s Blu-ray release of Young Justice: Outsiders – The Complete Third Season is simply excellent, offering up the best presentation available for the new season of Young Justice, and including some genuinely interesting bonus content. In fact, this might very well be Warner Archive’s best Young Justice release date. For Teen Titans: The Complete Series, not only is the entire animated series presented in stylish HD available on Blu-ray, but the set also ports they key bonus content from the original DVD releases. It’s a fantastic collection, even with some of its minor issues. To read the complete reviews, click on the images below. 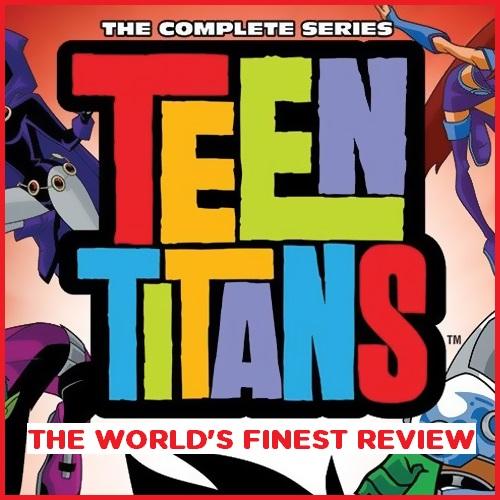 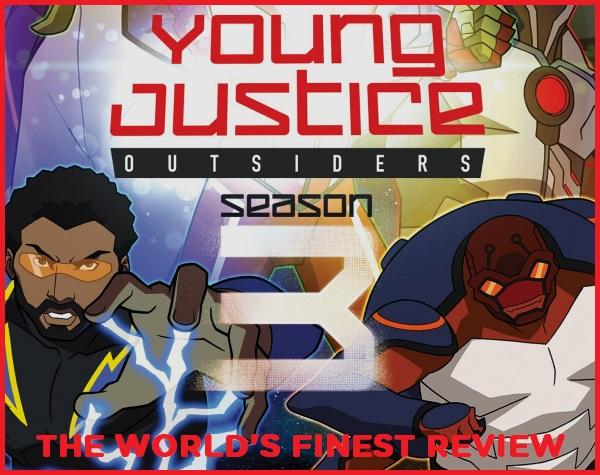 Young Justice: Outsiders – The Complete Third Season (Nov. 26)
Our heroes have survived the schemes of the Light and saved the Earth from the Reach Invasion – but the worst has yet to come. Now someone is kidnapping teens and transforming them into super-powered weapons! Meta-Human trafficking is a terrifying threat to a society caught in the crossfire of a genetic arms race spanning the globe and the galaxy. Now Nightwing, Superboy, Miss Martian, Tigress, Aqualad and Black Lightning will need help from a new group of young heroes to save the world from the war games of Super-Villains controlling the system from the inside. What’s needed … is a team of Outsiders.

Teen Titans: The Complete Series (Dec. 3)
It’s a full plate of crime-fighting and chaos as Robin, Cyborg, Starfire, Raven and Beast Boy go up against killer villains such as Brother Blood, Mad Mod and their archenemy Slade. Get ready for all the big battles and unbreakable bonds that make these friends the unstoppable Teen Titans!

The World’s Finest also recently reviewed the Harley Quinn DC Universe animated series debut, which can be found here, and Batman: The Definitive History of the Dark Knight in Comics, Film, and Beyond, a massive hardcover tome that, in short, is basically a must-own for fans. Click here to check out the review!

The DC Universe streaming service has released the final trailer for Harley Quinn, the upcoming animated series exclusive to the streaming service. The mature animated series from Warner Bros. Animation and DC Universe, which will release new episodes every Friday, debuts Nov. 29, 2019. In the series, Harley has finally broken things off with the Joker and decides make it on her own as Gotham City’s new criminal overlord. Check out the final Harley Quinn trailer in the player below, followed by details for the first 13 episodes of the DC Universe series.

Episode details are as follows:

Till Death Do Us Part
Premiere Date: 11/29/19
In the series premiere, Harley Quinn strikes out on her own.

A High Bar
Premiere Date: 12/6/19
Harley is determined to become part of the Legion of Doom.

So You Need A Crew
Premiere Date: 12/13/19
Harley attempts to recruit a criminal crew.

Being Harley Quinn
Premiere Date: 12/27/19
Harley’s crew has to enter her mind to save her.

The Line
Premiere Date: 1/10/20
Harley breaks the Queen of Fables out of prison.

A Seat At The Table
Premiere Date: 1/24/20
Harley must now spend time with Joker at the Legion of Doom.

Bensonhurst
Premiere Date: 1/31/20
Harley heads back to her parents’ house in Bensonhurst.

The Final Joke
Premiere Date: 2/21/20
Harley has her final showdown with the Joker.