Batman: The Brave and The Bold Blu-ray/DVD/Digital DC Animated Series

The World’s Finest and New Line Records would like to extend congratulations to the ten winning recipients of the recent Batman: The Brave and The Bold – Mayhem of the Music Meister! CD soundtrack giveaway! A list of recipients is available at The DC Animation Forum. Congratulations to you all and please keep an eye on the mail!

Congratulations from The World’s Finest and New Line Records!

Cartoon Network has passed along the episode synopsis, video clips, and nearly forty images for the upcoming Batman: The Brave and The Bold episode “Inside the Outsiders!” The episode is scheduled to air Friday, November 6th, 2009 at 7:30pm (ET) on Cartoon Network. To get a closer look at the images, click on the thumbnails below. 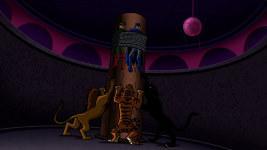 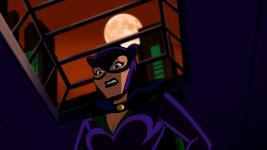 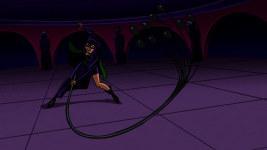 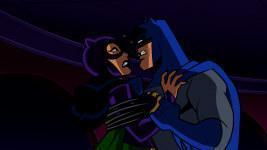 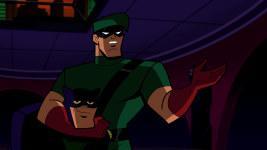 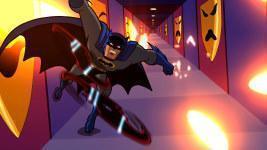 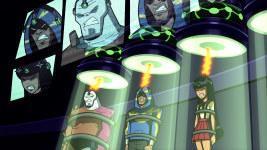 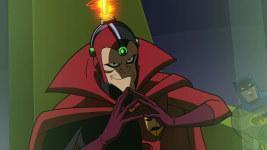 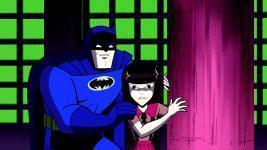 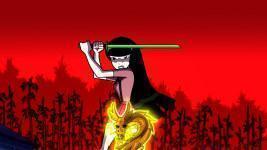 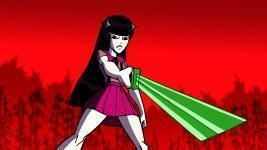 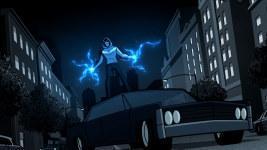 The all-new Batman: The Brave and The Bold “Inside the Outsiders!” episode, scheduled to air on Friday, October 23rd 2009 at 7:30pm (ET) on Cartoon Network, is described as seen below.

Batman: The Brave and The Bold “Inside the Outsiders!”
Batman and the Outsiders are under a metaphysical attack by Psycho Pirate. Batman enters the Mindscape and helps Black Lightning, Katana and Metamorpho battle their own personal demons.

More than two decades after its television premiere, the popular Ruby-Spears Superman animated series returns to TV screens via Warner Home Video as a two-disc DVD collection of the cartoons. The DVD is available today, November 3.

Debuting in 1988, the Ruby-Spears Superman series brought back some familiar foes and new unfriendly faces for battles against the Man of Steel. In addition to the thrills of Supermans weekly adventures, each episode included a mini-segment called Superman Family Album that told the real story of what it was like to grow up as the most powerful boy in Smallville.

Produced at Ruby-Spears Productions right next door to Hanna-Barbera Studios, and animated in Japan and Korea at Toei Animation and Dai Won Animation, the series benefited by a stellar production team of writers and artists (including supervising producer John Dorman, story editor Marv Wolfman, and production designer Gil Kane), solid voice acting, and an immediate link with Christopher Reeves popular films via an opening theme score that was remarkably similar to John Williams acclaimed Superman music.

Ruby-Spears Productions was founded in 1977 by veteran writers Joe Ruby and Ken Spears. The team started as sound editors at Hanna-Barbera Studios, branched out into writing, and eventually went on to create Scooby-Doo, Where Are You!. In total, Ruby-Spears Productions produced 36 different TV series including the hit, Alvin and the Chipmunks. They continue to be a creative force in the industry today.

Joe Ruby and Ken Spears took a few minutes to reminisce about the creation, development and production of their landmark 1988 series in a recent conversation. Heres what the animation veterans had to say:

Question:How was the title character developed for your Superman series?

Joe Ruby: We went through a lot of different directions in development as to what kind of Superman we wanted. We had several different models the crying/feeling Superman, the lecturing/do-gooder/save-the-day Superman, then there was the hip Superman and even the long-haired Superman. And, of course, there was the old straight-as-an-arrow Superman. Ultimately, we settled on the Christopher Reeve model he had personality and a sense of humor, and yet he was still Superman. We figured that it worked for the films, so it would work well for us.

Question: Why were there only 13 episodes to the entire series?

Joe Ruby: I think the problem for us was our timeslot. It turned out 8:30 in the morning was a killer for Superman. Only the little kids were up, and they dont understand Superman as well as the older kids. It wasnt for 4- to 5-year-olds

Question: Was there a guiding theme to the series?

Ken Spears: I think we were true to Superman to begin with we produced a show that the audience expected Superman to be. He was the tried and true Superman, Thats who they wanted to see thats the feedback that we continue to get today.

Joe Ruby: We basically had Superman tackling anything and everything, with the marching orders to have bigger-than-life fights.

Question: What did you see as the strength of your Superman series?

Ken Spear: We had the best talent in the business at the time that was our strength. They were excellent. When you first create a show, you hope your talent will be able to plus it and they really plussed it. There are so many shots in the show that werent written into the script those kind of great additions come straight from the artists and the storyboarders.

Joe Ruby: We had a pretty amazing crew and an especially great crew of artists including some of the best comic book guys in the business, and that made for good filmmaking. Guys like John Dorman and Gil Kane we had an army of great talent on that show. Give credit to John Dorman hes a filmmaker and thats the difference. He made sure the show had all the creative shots, the movement, some of that great left-to-right or down-angle camera moves. The show was well paced, well boarded, and I think John really put these things together well.

Question: Did splitting the production between two overseas studios in Japan and Korea cause any problems?

Joe Ruby: It was an experience for us, from a production standpoint, traveling overseas and working with two different interpreters having to translate in three different languages. Theyd be answering before Id get done with my question. It was the worst torture I ever had in my life.

Question: Looking back now, can you see how Ruby-Spears Superman fits in the canon of productions surrounding the Man of Steel?

Joe Ruby: As a kid, we all grew up with Superman. Hes the favorite, always. Your heroes stick with you. So we wanted to make the best Superman show we could, to really set it apart. I think everyone that worked on it felt that way. Hes Superman.

Ken Spears: It was like an honor to do something that classy and classic as Superman. Hes the No. 1 guy. We wanted to do it justice.

Ruby-Spears Superman is now available to own on DVD from Warner Home Video.

Justice League Unlimited
Saturday, November 7th, 2009 at 9:30pm (ET) on Cartoon Network – “27 I Am Legion”
Lex Luthor escapes from a maximum security prison, only to be invited to join Grodd’s unstoppable Legion of Doom.

Justice League Unlimited
Saturday, November 14th, 2009 at 9:30pm (ET) on Cartoon Network – “28 Shadow of the Hawk”
Batman is suspicious of Shayera’s new boyfriend, a mysterious archeologist with sinister ties to her Thanagarian past.

Justice League Unlimited airs Saturday nights at 9:30pm (ET) as part of the “You Are Here” Saturday night programming block on Cartoon Network. Please note schedule details are subject to change without notice.