Teen Titans: Trouble in Tokyo
Cartoon Network, Sunday, July 24th, 2011, at 11:00am (ET)
When a high-tech ninja attacks Titans Tower, Robin, Starfire, Cyborg, Raven and Beast Boy spring into action. Robin finds out that the ninja was sent by a mysterious and menacing Japanese criminal known as Brushogun, and the Teen Titans travel to Tokyo to track the villain down.

Stay tuned for further updates here soon on The World’s Finest, including the latest schedule and episode details.

Due to a month-long programming event, Justice League will be absent from the Canadian network Teletoon for the entire month of July 2011. Five special marathons, each highlighting a different show during the month of July 2011, will air each Friday night instead during the popular Superfan Friday programming block. Series participating in the “Superfan Fridays Mini-Marathon” event include the already-aired Transformers Prime on July 1st, 2011, Batman: The Brave and The Bold on July 8th, 2011, Star Wars: The Clone Wars on July 15th, 2011, The Avengers: Earth’s Mightiest Heroes on July 22nd, 2011, and G.I. Joe Renegades on July 29th, 2011.

Justice League is set to return to Teletoon in August 2011 with “In Blackest Night, Part Two” on Friday, August 5th, 2011. Justice League regularly airs every Friday at 7:30pm (ET) on the Teletoon “Superfan Fridays” programming block. Teletoon is expected to air new-to-the-network episodes of Justice League later this year.

Two back-to-back episodes of Batman: The Brave and The Bold are scheduled to air on Cartoon Network in July 2011. The two episodes, the only Batman: The Brave and The Bold installments scheduled to air during the month, will be repeats. The one-hour block of episodes will air starting at 12:30pm (ET) on Sunday, July 24th, 2011 on Cartoon Network. Further details are available below.

Sunday, July 24th, 2011 at 1:30pm (ET) – “#51 Bat-Mite Presents: Batman’s Strangest Cases!”
Bat-Mite takes us on adventures with Batman and Robin in a variety of art styles including anime and Mad Magazine styles!

Sunday, July 24th, 2011 at 2:00pm (ET) – “#25 Mayhem of the Music Meister!”
Batman and Black Canary are pitted against Music Meister, who is able to exert powerful mind control through song. When he hijacks a communications satellite, the entire world becomes subject to his musical bidding.

Batman: The Brave and The Bold has been off the Cartoon Network schedule since late May 2011, with the last new episodes airing back in April 2011. New episodes are expected to resume later this year as part of Cartoon Network’s growing Friday night block of action-oriented programming. Details will be reported as they come available.

An updated episode guide for the series can be found at The World’s Finest Batman: The Brave and The Bold subsite. Please note schedule details are subject to change without notice.

Warner Bros. Interactive Entertainment and DC Entertainment today released more than ten minutes of gameplay video from Batman: Arkham City. The footage focuses on Batman, Catwoman and Two-Face. Batman: Arkham City will be available October 18th, 2011 in North America for Xbox 360 video game and entertainment system from Microsoft, Games for Windows PC and the PlayStation3 computer entertainment system. Click on the thumbnail below to view the footage in the Quicktime format, along with additional press details for the title. 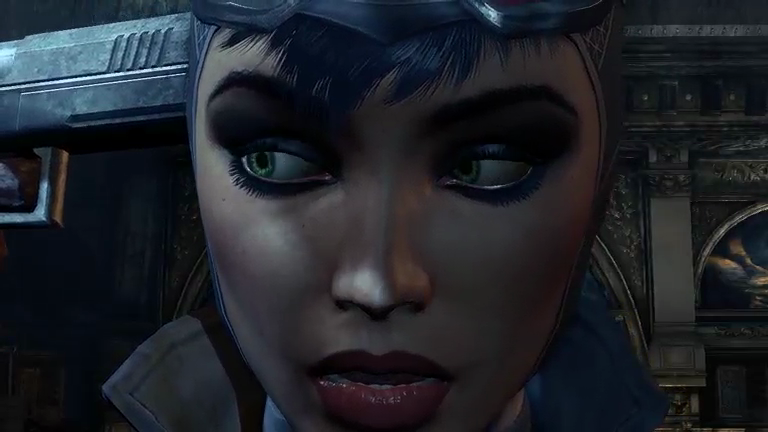