Leading up to the home media release of Lego DC Super Heroes – Justice League: Cosmic Clash, Warner Bros. Home Entertainment has released a series of clips from the forthcoming animated movie. The animated movie, hitting Blu-ray and DVD on March 1, 2016, features the Justice League facing off against the evil Brainiac with the help of some surprise cosmic heroes. Continue on to check out the clips in the players below. Please note the clips do contain spoilers for Lego DC Super Heroes – Justice League: Cosmic Clash.

It will take all the efforts of the Justice League – and a few of their super pals – to keep Brainiac from adding Earth to his miniaturized collection of planets in the all-new animated feature, Lego DC Super Heroes – Justice League: Cosmic Clash. Produced by Warner Bros. Animation, DC Entertainment and the Lego Group, the film will be distributed by Warner Bros. Home Entertainment on March 1, 2016 on Blu-ray Combo Pack, DVD and Digital HD. The Blu-ray and DVD releases will include an exclusive Cosmic Boy Lego figurine, while supplies last.

The brilliant, hyper-obsessive-compulsive, super-computer Brainiac is combing the universe for new additions to his collection of worlds when he stumbles upon a ripe planet for his taking – Earth. But Brainiac quickly discovers Earth has a “firewall” – the Justice League. When Brainiac cleverly displaces several members of the Justice League to other time periods in Earth’s history, Batman, Flash and Cyborg must build and use the Cosmic Treadmill to race across time to retrieve their comrades – while members of the Legion of Super Heroes attempt to hold off Brainiac’s assault. Only time will tell in this battle for the fate of the Earth and the Justice League!

The World’s Finest has added a review of the recent Lego DC Comics Super Heroes: Justice League vs Bizarro League animated feature, available to own from Warner Bros. Animation and DC Entertainment. Is this a DC Comics all-ages adventure suitable for everyone, or does it fall apart? To read our review, just click on the image below! The review also includes a selection of video clips, images and packaging artwork. 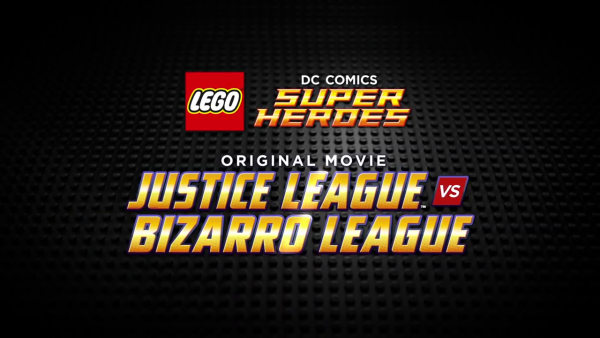 Share your thoughts on Lego DC Comics Super Heroes: Justice League vs Bizarro League over on the The DC Animation Forum.

Click on the thumbnails below for a closer look at the package art for these releases along with product details. 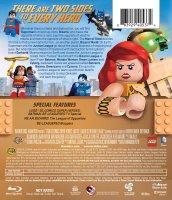 Synopsis: Justice League vs Bizarro League – Batman has joined the just formed Justice League in order to keep tabs on Superman, a mistrust that is complicated by Superman’s bad (but well meaning) clone Bizarro and his creation of the Bizarro League, but an even bigger threat forces the two Leagues to join forces.

Lego DC Comics Super Heroes: Justice League vs. Bizarro League is slated for release on February 10th, 2015, with the Blu-ray Combo Pack retailing for $24.98SRP and the DVD retailing for $19.98SRP. The feature will also be available for Digital Download. Stay tuned for further updates and more here soon at The World’s Finest.

The initial details, used in promotional materials such as posters and commercials, can be found below. 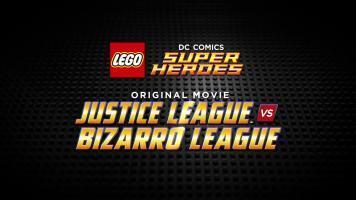 Lego DC Comics Super Heroes: Justice League vs. Bizarro League is slated for release on February 10th, 2015, with the Blu-ray Combo Pack retailing for $24.98SRP and the DVD retailing for $19.98SRP. The feature will also be available for Digital Dowload. Stay tuned for further updates and more here soon at The World’s Finest.