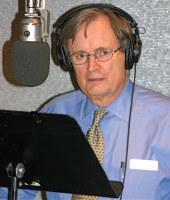 Click on the thumbnails below for a closer look at the front cover art for The Zeta Project: The Complete First Season.

The Batman & Mr. Freeze: Sub-Zero animated feature, which previously premiered on home video in 1997, is slated to air this Saturday, December 20th, 2008, at 4pm (ET) on Cartoon Network. Below is the official synopsis for the feature.

Batman & Mr. Freeze: Sub-Zero
Cartoon Network, Saturday, December 20th, 2008, at 4pm (ET)
Mr. Freeze returns to Gotham City to kidnap Barbara Gordon. Batman and Robin discover that Barbara’s disappearance is all part of Mr. Freeze’s plot to help his dying wife. He will do what ever it takes, even if it means the death of Barbara.

Details On Upcoming Issue Of “Batman: The Brave and The Bold” Comic Series

The official information on Batman: The Brave and The Bold #3 is available below, courtesy of DC Comics. DC Comics released this information earlier this week. Click on the thumbnail for a closer look at the cover art.

BATMAN: THE BRAVE AND THE BOLD #3

When the Ultra-Humanite wants to score big, he goes straight to the top he’s after the President! But Batman and Green Arrow have a rescue plan so daring that we could only call this story “President Batman”! On Sale March 25th, 2009.

On a related note, this week’s episode of Batman: The Brave and The Bold on Cartoon Network will be a repeat of the series opener “The Rise of the Blue Beetle.” The episode will air Friday, December 19th, 2008, at 8pm (ET) on Cartoon Network.

Today, December 16th, 2008, is the official shipping date for the La-La Land Records soundtrack release of Batman: The Animated Series. While multiple customers who pre-ordered the title have already reported receiving the long-awaited soundtrack release, today is the day the title officially ships out. Copies of this limited edition collector’s release are still available through the La-La Land Records website and other online supporting soundtrack specialty stores. The release, with a press run of 3000 copies, also includes a detailed 20-page booklet. Click here for a complete rundown of the tracklist for the 2-disc CD release and the cover art.

Details on how to order are available at La-La Land Records.com.

Depending on the reception to this first release, future Batman: The Animated Series soundtrack releases are very possible. Stay tuned to The Worlds Finest for further updates!