hosted by popgeeks.com | Movie vs Books Part 1 Farlanders Rakes In $24,000 From Kickstarter

To view the new Lauren Montgomery interview, conducted by Matt Hazuda and exclusive to The World’s Finest, click on the image below. 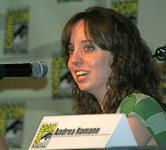 On a related note, Warner Bros. Animation has recently updated the official Wonder Woman website, along with the respective Facebook, MySpace, and Twitter sites for the upcoming animated feature.

Disney XD, the name of the relaunched Toon Disney network, has announced a breakdown for its February 13th, 2009 premiere, and three DC Comics-themed animated series will be part of schedule . Below is the schedule for the DC animated shows that will be airing when the network is relaunched. 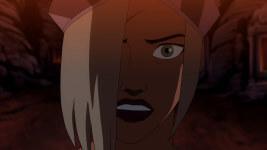 Click on the thumbnail below for a closer look at the artwork. 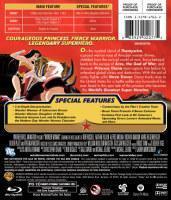 Teletoon Highlights Upcoming “Batman Beyond,” “Batman: The Brave and The Bold” Events

The Canadian network Teletoon has scheduled Batman Beyond: Return of the Joker to air Sunday, February 8th, 2009 at 11am (ET). This encore presentation of the acclaimed animated movie is the second “Batman”-related programming for the day, with the Batman: The Brave and The Bold episode “Invasion of the Secret Santas!” airing earlier in the morning at 9am (ET). The episode sees Batman and Red Tornado fight to stop Fun Haus’ Yuletide crime spree.

Batman Beyond: Return of the Joker is also scheduled to air on Cartoon Network at 8pm (ET) on Saturday, January 31st, 2009.