The La-La Land Records label will be taking orders for the new Batman: Mask of the Phantasm – Expanded Archival Collection soundtrack release at the official La-La Land Records website, and other participating websites, beginning today, March 24th, 2009 at 12pm(PST)/3pm(ET). The soundtrack release is then expected to ship beginning March 31st, 2009.

The Batman: Mask of the Phantasm – Expanded Archival Collection CD soundtrack release will contain Shirley Walker’s complete score to the feature film, completely remastered with more than 27 minutes off additional content. The release is currently priced at $19.98US and, much like with their previous soundtrack release for Batman: The Animated Series, this will be a Limited Edition release with only 3000 copies available. The release will also include a twenty page CD booklet featuring in-depth liner notes. 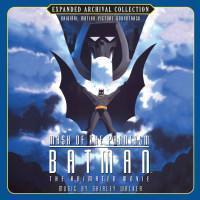 Above is the cover art for both the Blu-ray release of the direct-to-video Watchmen: Tales of the Black Freighter animated feature. The title is also available on DVD. Warner Home Video has provided the following official details on this new direct-to-video release, as seen below.

Synopsis: They’re in the book. And on this disc. From the director of Watchmen and 300 come two tales from the celebrated graphic novel that do not appear in the extraordinary Watchmen Theatrical Feature. Watchmen: Tales of the Black Freighter, featuring the voice of 300‘s Gerard Butler, brings to strikingly animated life the novels richly layered story-within-a-story, a daring pirate saga whose turbulent events may mirror those in the Watchmen’s world. Also, stars from the Watchmen movie team in the amazing live-action/CGI bonus feature Under the Hood, based on Nite Owls powerful first-hand account of how the hooded adventurers came into existence. Two fan-essential stories. One place to watch the excitement. Watching the Watchmen begins here.

In related news, Warner Home Video has released three hi-res images from the Watchmen: Tales of the Black Freighter direct-to-video animated feature. Click on the thumbnails below for a closer look. 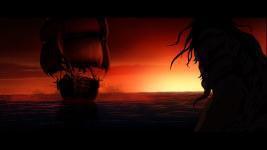 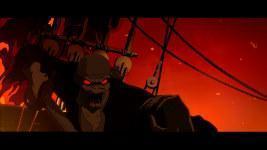 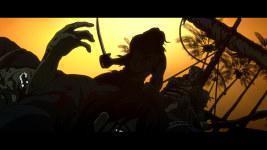 BATMAN: THE BRAVE AND THE BOLD #6

Batman is up against a man with all the time in the world General Immortus! And only one hero can back Batman up by summoning help from across the ages Kid Eternity! On sale June 24th, 2009. Cover price is $2.50 US. 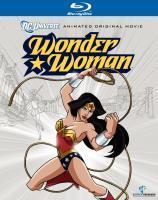 According to various home media retailing outlets, the new Wonder Woman direct-to-video animated feature made a strong debut on the home video sales charts. The feature hit the DVD sales chart at #5, selling an estimated 107,000 copies for the week ending March 8th, 2009. The Wonder Woman animated feature also made a strong debut on the Blu-ray charts, placing #6 with estimated sales of 17,000 copies. Analysts state that while this isn’t the strongest debut for a direct-to-video animated feature starring a DC Comics character, the broad appeal of Wonder Woman should give the title a healthy shelf life. Keep in mind the number does not take into account rental numbers, OnDemand numbers, or legal download numbers.

A trailer promoting the upcoming DVD release of Batman: The Brave and The Bold appeared on the recently released The Zeta Project: Season One DVD title. While the first upcoming Batman: The Brave and The Bold DVD release has not been officially announced, details are expected to be revealed soon. Click on the thumbnails below for a closer look at two images from the promotional trailer. 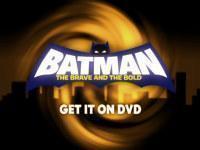 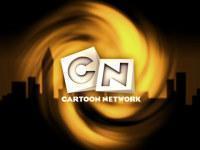 Expect the first Batman: The Brave and The Bold DVD release later this year.

The Batman: The Brave and The Bold episode Trials of the Demon!, the next all-new episode of the series, premieres this Friday, March 20th, 2009. The episode features Andy Milder voicing Jay Garrick, aka The Flash, and Dee Bradley Baker voicing the Scarecrow. Scream Queen, Batman, The Flash, and Scarecrow are all featured in this week’s opening segment of Batman: The Brave and The Bold. Baker also returns to voice Etrigan the Demon, also featured in this episode, with Greg Ellis returning as The Gentlemen Ghost. The episode, written by Todd Casey and directed by Michael Chang, is described as follows.

In 19th century London, Jason Blood – aka The Demon Etrigan – has been framed for supernatural attacks perpetrated by Gentleman Ghost.