Press Release for Upcoming “Batman: The Brave And The Bold – Volume 1” DVD Release

BATMAN AND FRIENDS BAND TOGETHER AS WARNER HOME VIDEO RELEASES
BATMAN: THE BRAVE AND THE BOLD – VOLUME 1 ON DVD AUGUST 25, 2009

The newest animated hit on Cartoon Network is finally out on DVD, as Warner Home Video saves the day with Batman: The Brave and the Bold Volume 1 on DVD. As Batman teams up with his other superhero friends, Warner Bros. Animation and DC Comics band together to produce this primetime ratings powerhouse with boys 6-11. With non-stop action and plenty of laughs, Warner Home Video (WHV) releases the first DVD from this popular television series on August 25, 2009 at a retail price of $14.98 SRP.

Alone, Batman is a force to be reckoned with, but when the caped crusader ventures beyond city limits and teams up with heroes from across the DC Universe, no villain stands a chance. Blue Beetle, Red Tornado, Aquaman and countless others will fight their foes together to claim victory alongside Batman as they frequently find themselves, facing situations that are both unfamiliar and exhilarating. With villains around every bend, Batman and his superhero friends will be forced to rely on their strength and intelligence to bring justice home.

“Warner Home Video is thrilled to release the latest installment in the Batman animation franchise on DVD,” said Amit Desai, WHV Vice President of Family, Animation and Partner Brands Marketing. “Batman: The Brave and the Bold – Volume 1 portrays the importance of teamwork as legendary superheroes unite to save the world and give fans an unforgettable experience.”

Batman: The Brave and the Bold is executive produced by Sam Register, and the producers are James Tucker and Linda M. Steiner. The voice cast includes Diedrich Bader as Batman, John DiMaggio as Aquaman, James Arnold Taylor as Green Arrow, Will Friedle as Blue Beetle, Corey Burton as Red Tornado and Tom Kenny as Plastic Man.

Episodes on Batman: The Brave and the Bold Volume 1:
Rise of the Blue Beetles!
Terror on Dinosaur Island!
Evil Under the Sea!
Invasion of the Secret Santas!

About DC Comics:
DC Comics, a Warner Bros. Entertainment Company, is the largest English-language publisher of comics in the world and home to such iconic characters as Superman, Batman, Wonder Woman and the Sandman. These DC Super Heroes and others have starred in comic books, movies, television series (both animated and live-action) and cyberspace, thrilling audiences of all ages for generations. DC Comics’ Web site is located at www.dccomics.com.

Batman: The Brave and the Bold – Volume One, the first DVD release for the new animated series, is slated to hit shelves August 25th, 2009. Stay tuned for further updates.

The World’s Finest brings you a first look at the Blu-ray cover art for the upcoming Green Lantern: First Flight direct-to-video animated feature. Click on the thumbnail below to view the hi-res artwork.

A co-production of Warner Premiere, DC Comics and Warner Bros. Animation, the direct-to-video Green Lantern: First Flight animated feature will debut Tuesday, July 28th, 2009 on DVD and Blu-ray disc. Green Lantern: First Flight will be available as a Two-Disc Special Edition on both DVD and Blu-Ray for $24.98 and $29.99, respectively, as well as single-disc DVD for $19.98.

Trade Ad For Upcoming “Batman: The Brave And The Bold – Volume One” DVD Release

Click on the thumbnail below for a closer look at the trade ad for the upcoming Batman: The Brave and The Bold – Volume One DVD Release. 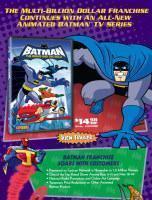 Batman: The Brave and the Bold – Volume One, the first DVD release for the new animated series, is slated to hit shelves August 25th, 2009. Initial details on the release are available here. Stay tuned for further updates, including the official press release, video clips, and detailed information on this upcoming DVD title.

Cartoon Network has passed along the episode synopsis, video clips, and over thirty new images for the upcoming Batman: The Brave and The Bold episode “The Color of Revenge!” To get a closer look at the images, click on the thumbnails below. 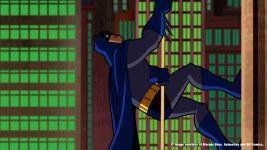 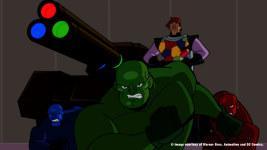 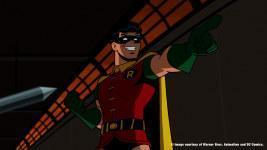 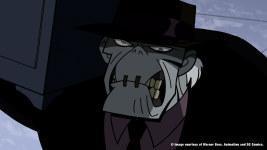 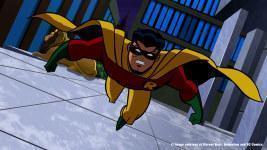 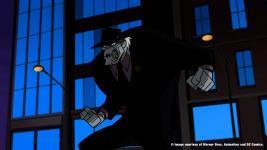 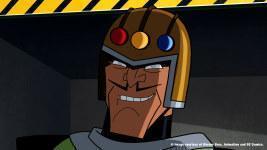 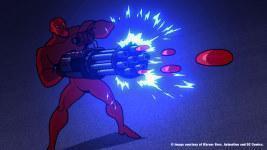 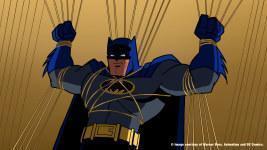 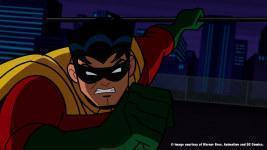 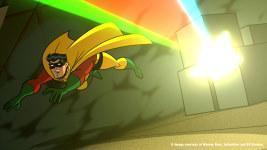 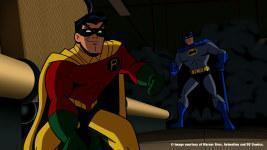 Batman and Robin team up again, but it’s not like it always was–there was a reason Robin left to go work on his own. As Crazy Quilt comes after Robin for revenge, all the dirty laundry comes out between the dynamic duo!

Details on the cast and crew can be found at the link above. Further information on the episode is available at our our Batman: The Brave and The Bold subsite. Stay tuned for further episode details and exclusive content.

Be sure to catch the return of Batman: The Brave and The Bold tonight with the episode “Night of the Huntress!” airing Friday, May 8th, 2009 at 8:30pm (ET) on Cartoon Network.

Initial Details, Cover Art For “Batman: The Brave And The Bold – Volume One” DVD Release

The initial details for the upcoming Batman: The Brave and the Bold – Volume One DVD release, slated to hit shelves August 25th, 2009, are available below. Information provided by Warner Home Video.

Synopsis: Batman isn’t going at it alone this time! From Warner Bros. Animation comes the latest interpretation of the classic Batman franchise. Our caped crusader is teamed up with heroes from across the DC Universe, delivering nonstop action and adventure with a touch of comic relief. Blue Beetle, Green Arrow, Aquaman and countless others will get a chance to uphold justice alongside Batman. Though still based in Gotham, Batman will frequently find himself outside city limits, facing situations that are both unfamiliar and exhilarating. With formidable foes around every corner, Batman will still rely on his stealth, resourcefulness and limitless supply of cool gadgets to bring justice home.

Episodes:
Rise of the Blue Beetle!
Terror on Dinosaur Island!
Evil Under the Sea!
Invasion of the Secret Santas!