Batman: The Brave and The Bold DC Animated Series Schedule

Cartoon Network has passed along the episode synopsis, video clips, and over twenty images for the upcoming all-new Batman: The Brave and The Bold episode “Death Race to Oblivion!” The episode is scheduled to air Friday, November 20th, 2009 at 7:30pm (ET) on Cartoon Network. To get a closer look at the images, click on the thumbnails below. 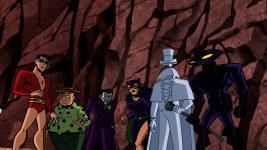 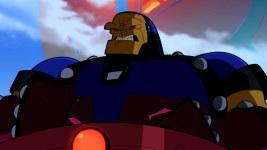 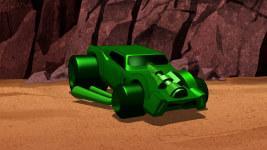 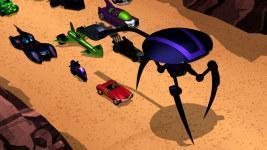 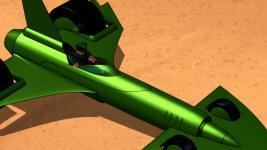 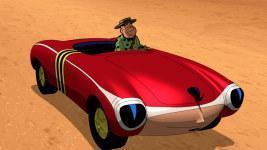 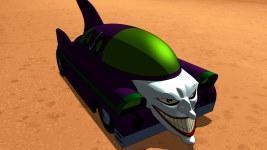 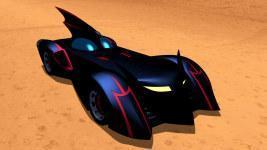 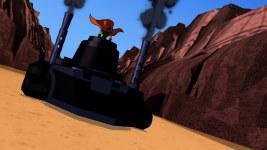 The all-new Batman: The Brave and The Bold “Death Race to Oblivion!” episode, scheduled to air on Friday, November 20th 2009 at 7:30pm (ET) on Cartoon Network, is described as seen below.

Official details on the upcoming Justice League: Crisis On Two Earths maquette, based on artwork from the highly-anticipated direct-to-video animated feature scheduled for an early Spring 2010 release, have been made available by DC Comics.

You people are my worlds last hope. President Lex Luthor

In a parallel universe, the lone survivor of Earths Justice League Lex Luthor travels through other-world dimensions to join forces with Superman, Batman, Wonder Woman, Green Lantern, The Flash, and Jonn Jonzz in a desperate attempt to save his world and his people. But the villainous Crime Syndicate controlled by Ultraman, Owlman and Superwoman will stop at nothing to maintain their domination. It will take wits, might and a sacrifice to defeat these unforgiving enemies in the spectacular DC Universe Original Animated Movie. Two Earths, two Leagues and one epic battle collide for a thrilling experience that will leave viewers breathless!

Measuring approximately 9.2 tall x 5.5 wide x 8.75 deep (including the base), the maquette includes a 4-color Certificate of Authenticity and is packaged in a 4-color box.

Limited edition of 4000. Quantities may be allocated.

BATMAN: THE BRAVE AND THE BOLD #14

Love hurts in our volatile and villainous Valentines Day issue! Batman and Huntress team up to take down a would-be Super-Villain, but when they underestimate him and his mad, love-struck scheme our heroes find themselves wishing that it was only a movie. On sale February 17th, 2010. Cover price is $2.50 US.

Click here for further details on the Batman: The Brave and The Bold comic series.

Two more episodes of the fan-favorite Justice League Unlimited animated series are scheduled to air in the coming weeks on Cartoon Network. Airing Saturday nights in the 9:30pm (ET) timeslot on said network, the animated series runs as part of the new Saturday night “You Are Here!” programming block on Cartoon Network. Expanding upon the current “You Are Here” Friday night installment, the new Saturday block also includes reruns of the Batman: The Brave and The Bold animated series along with other action-oriented programs. The upcoming Justice League Unlimited episode schedule details are available below.

Justice League Unlimited
Saturday, November 21st, 2009 at 9:30pm (ET) on Cartoon Network – “29 Chaos at the Earth’s Core”
Supergirl, Stargirl and Green Lantern go to Skartaris, the fantastic, hidden world at the Earth’s core, to help free it from the rule of a brutal dictator.

Justice League Unlimited
Saturday, December 5th, 2009 at 9:30pm (ET) on Cartoon Network – “30 To Another Shore”
Wonder Woman stumbles onto a plot to steal the powers hidden inside the 3000-year-old, frozen remains of the legendary hero, the Viking Prince.

Join Gotham City’s bravest and boldest as Batman teams up with his trusty sidekicks to save the city against evil. “Bats” and his band of DC Super Heroes take on villains of all shapes and sizes in this Cartoon Network hit out on DVD. Jam-packed with even more adventure than Volumes 1 and 2, Warner Home Video (WHV) releases Batman: The Brave and the Bold – Volume Three on DVD from the popular television series on February 2nd, 2010 at a retail price of $14.98 SRP.

The witty and powerful Batman is a force to be reckoned with, but team him up with some of DC Comics’ favorite Heroes like Green Arrow, Aquaman, Bronze Tiger and The Atom, and they’re virtually unstoppable. That is, until Batman meets the larger-than-life humanoid Despero or discovers the microscopic toxin in this bloodstream that could prove to be deadly. Just when the crew of heroes thinks they’ve conquered evil, they discover a parallel world where Batman is the villainous Owlman! With so many twists and turns, the DVD is sure to be a thrill ride for fans of comedy, cartoons and non-stop action.

“Warner Home Video is excited about the release of Batman: The Brave and the Bold – Volume Three on DVD,” said Amit Desai, WHV Vice President of Family, Animation and Partner Brands Marketing. “Due to the success of the first two volumes, we’re thrilled to offer fans of the franchise this exciting DVD, which includes a very special bonus episode.”

Extremely popular on Cartoon Network with its combination of fast-paced action and humor, Batman: The Brave and the Bold is executive produced by Sam Register, with James Tucker and Linda M. Steiner as producers. The voice cast includes Diedrich Bader as Batman, James Arnold Taylor as Green Arrow, Will Friedle as Blue Beetle, Tom Kenny as Plastic Man, John DiMaggio as Aquaman and Corey Burton as Red Tornado. Batman: The Brave and the Bold is a production of Warner Bros. Animation.

Episodes featured on Batman: The Brave and the Bold – Volume Three:

About DC Comics:
DC Comics, a Warner Bros. Entertainment Company, is the largest English-language publisher of comics in the world and home to such iconic characters as Superman, Batman, Wonder Woman and the Sandman. These DC Super Heroes and others have starred in comic books, movies, television series (both animated and live-action) and cyberspace, thrilling audiences of all ages for generations. DC Comics’ Web site is located at www.dccomics.com. BATMAN and all related characters and elements are trademarks of and DC Comics.

About Warner Bros. Animation:
Warner Bros. Animation (WBA) has been producing award-winning original animation since 1930, when it released its first cartoon, “Sinkin’ in the Bathtub.” Since then, WBA’s characters have set the standard for innovative, quality animation. Producing for network and cable television, online, home entertainment and feature films both domestically and internationally, WBA is highly respected for its creative and technical excellence, as well as for maintaining the studio’s rich cartoon heritage. WBA also oversees the creative use and production of animated programming based on classic cartoon characters from the Hanna-Barbera and DC Comics libraries. WBA is one of the most-honored animation studios in history, garnering a grand total of six Academy Awards, 35 Emmy Awards, the George Foster Peabody Award, the HUMANITAS prize, two Prism Awards and 20 Annie Awards.

Batman: The Brave and the Bold – Volume Three, the third DVD release for the popular animated series, is slated to hit shelves February 2nd, 2009. Stay tuned for further updates.