Additionally, The Worlds Finest has published a review of the Justice League: Crisis on Two Earths animated feature. Please click here or on the thumbnail below to read the review. 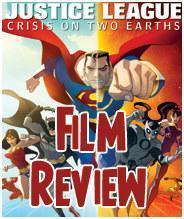 Upcoming New “Batman: The Brave And The Bold” Episode Details For Cartoon Network

Friday, February 12th, 2010 at 7:30pm (ET) – “The Super-Batman of Planet X!”
Batman lands on this distant planet Zurr En Arrh and finds a doppelganger Batman, but more surprisingly, on this planet the Caped Crusader has super powers! Together they battle the mad genius Rhotul, who soon learns Batman’s super weakness.

Friday, February 19th, 2010 at 7:30pm (ET) – “The Power of Shazam!”
Batman teams with Captain Marvel, the superhero alter ego of the young Billy Batson, to battle Dr. Sivana and Black Adam, who wish to usurp the magic of Shazam that gives Billy his power.

Friday, February 26th, 2010 at 7:30pm (ET) – “Chill of the Night!”
The Spectre and The Phantom Stranger observe Batman as he uncovers the mystery of who killed his parents and travels back in time to team up with his own father.

New installments of Batman: The Brave and The Bold are slated to air well into 2010. Episode specific details, including images, videos and episode descriptions, are forthcoming. Please note that schedule details are subject to change without notice.

Details, Images And Video Clips From New “Batman: The Brave And The Bold” Episode

Cartoon Network has passed along the episode synopsis, video clips, and a collection of images from the upcoming all-new Batman: The Brave and The Bold episode “Sidekicks Assemble!” The episode is scheduled to air Friday, January 22nd, 2010 at 7:30pm (ET) on Cartoon Network. To get a closer look at the images, click on the thumbnails below. 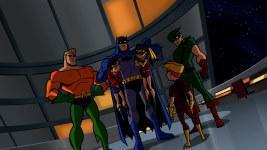 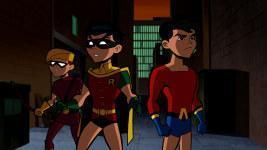 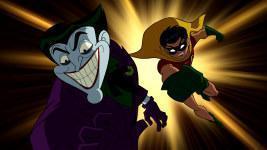 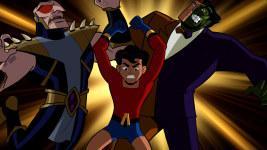 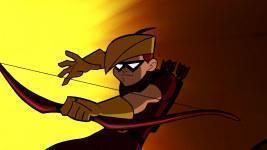 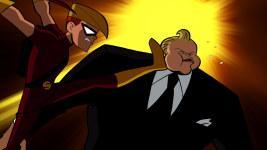 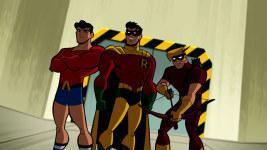 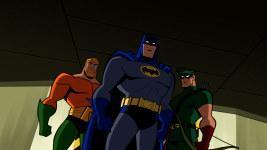 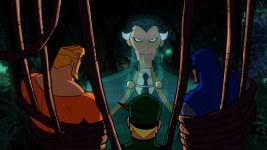 The all-new Batman: The Brave and The Bold “Sidekicks Assemble!” episode, scheduled to air tonight, Friday, January 22nd, 2010 at 7:30pm (ET) on Cartoon Network, is described as seen below.

Batman: The Brave and The Bold “Sidekicks Assemble!”
Aqualad, Robin and Speedy have had it with being bossed around and demand a piece of the action, but they get more than they bargained for when they find themselves facing off against Ra’s Al-Ghul and his flying island!

The 2009 direct-to-video Green Lantern: First Flight animated feature will make its Canadian network debut on Friday, February 5th, 2010 at 10:00pm (ET) as part of the “Teletoon at Night” programming block on Teletoon. Please note schedule details are subject to change without notice. Official details on the Green Lantern: First Flight animated feature are available below.

Green Lantern: First Flight
Teletoon, Friday, February 5th, 2010 at 10:00pm (ET)
When pilot Hal Jordan accepts a mysterious, powerful ring from a dying alien creature, it transforms him into a Green Lantern, one of an elite force of heroes who patrol the universe to ensure peace and justice under the leadership of the Guanrdians of the Universe. Unsure of their newest recruit, the Guardians assign Hal to their most-honored Green Lantern Sinestro for training., unaware that Sinestro wants to overthrow the Guardians and create a new order he’ll control. It’s a battle of might and willpower as Hal must prove his worth by defeating Sinestro and saving the Green Lantern Corp.

Teletoon also recently featured the Canadian network debut of Wonder Woman, the direct-to-video DC Universe Animated Original Movie title, in late 2009 on the “Teletoon at Night” programming block. The network is expected to revisit that animated feature later this year. Like the Green Lantern: First Flight animated feature, Wonder Woman made its debut on home video in 2009. 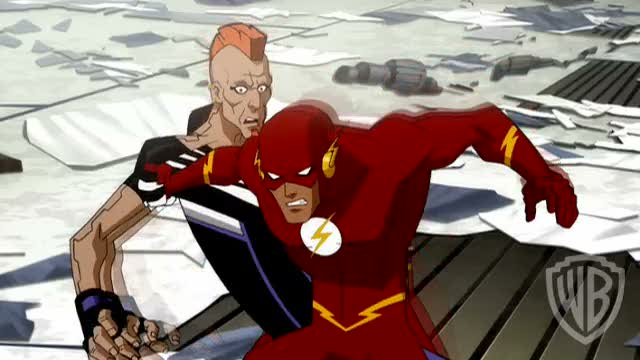