Press Release Issued For “Batman Beyond: The Complete Series” Collection

BATMAN BEYOND: THE COMPLETE SERIES

Warner Bros. Animations breakthrough series Batman Beyond comes to DVD for the first time in its entirety. Featuring DC Comics iconic hero, Batman, Batman Beyond: The Complete Series presents nearly 20 hours of animated action spread over 52 episodes, as well as all-new bonus featurettes and a 24-page, 8x 12 collectible booklet. Batman Beyond: The Complete Series will be distributed by Warner Home Video on November 23, 2010 as a nine-disc limited edition DVD set for $99.98 (SRP).

Batman Beyond: The Complete Series centers on Terry McGinnis, an ordinary teenager … until his father is mysteriously murdered. Suspecting foul play at his father’s company, Wayne/Powers Corporation, Terry meets Bruce Wayne and learns of a secret identity hidden for decades. Now too old to don the cape and cowl as Batman, Wayne refuses to help so Terry does what any brash young kid would do: steal the Bat-suit and take matters into his own hands! Vowing to avenge his father’s death, Terry dons the high-tech suit tricked out with jetpacks, a supersensitive microphone and even camouflage capabilities in search of his father’s assassin. Its 52 action-packed episodes following the adventures of the partnership between an ex-crimefighter and his apprentice, starring Will Friedle (Boy Meets World) as Terry McGinnis and, reprising his seminal role, Kevin Conroy (Batman: The Animated Series) as Bruce Wayne.

Included in the beautifully custom designed package is a 24-page, 8x 12 collectible booklet with the inside perspective and artwork from the vaults especially compiled by DC Comics for this release.

Three new bonus features created specifically for the Batman Beyond: The Complete Series are:

TOMORROW KNIGHT: THE BATMAN REBORN
The Batman Beyond creative team gives you a peek into the character of Terry McGinnis, and what made him worthy to become the new Caped Crusader.

GOTHAM: CITY OF THE FUTURE
A look at Gotham City, circa 2039, and how the team built a realistic vision of the near future while remaining true to the city they created in Batman: The Animated Series.

THE HIGH TECH HERO
Explore the technology behind the Bat-suit, its amazing powers and the real world science that inspired it.

Batman Beyond was a landmark series as it created altogether new directions for the iconic character, and added dimensions for fans both old and new to the Batman mythology, said Amit Desai, WHV Vice President of Family, Animation & Sports Marketing. Warner Home Video is proud to release this important series in an all-encompassing box set, just in time to make a perfect holiday gift for the ultimate fan.

About DC Entertainment:
DC Entertainment, home to such iconic DC Comics properties as Superman, Batman, Green Lantern, Wonder Woman, The Flash, MAD Magazine, and Fables, is the creative division charged with strategically integrating across Warner Bros. and Time Warner. DC Entertainment works in concert with many key Warner Bros. divisions to unleash its superheroic characters across all media, including but not limited to film, television, consumer products, home entertainment, and interactive games. Publishing over 1,000 comic books, graphic novels and magazines each year, DC Comics is the largest English-language publisher of comics in the world.

DC SUPER HEROES and all related characters and elements are trademarks of and DC Comics. (s10)

About Warner Bros. Animation:
Warner Bros. Animation (WBA) has been producing award-winning original animation since 1930, when it released its first cartoon, Sinkin’ in the Bathtub. Since then, WBAs characters have set the standard for innovative, quality animation. Producing for network and cable television, online, home entertainment and feature films both domestically and internationally, WBA is highly respected for its creative and technical excellence, as well as for maintaining the studios rich cartoon heritage. WBA also oversees the creative use and production of animated programming based on classic cartoon characters from the Hanna-Barbera and DC Comics libraries. WBA is one of the most-honored animation studios in history.

Batman Beyond: The Complete Series is set to hit shelves on November 23rd, 2010. The limited edition gift set will retail for $99.98 suggested retail price. More package artwork for this release is available here. Stay tuned for further updates on this release here soon at The World’s Finest.

Media For “Batman: The Brave And The Bold – Season One, Part One” Release

Stay tuned for further Batman: The Brave and The Bold updates here soon at The World’s Finest, including details on upcoming new episodes.

“Batman: The Brave And The Bold – Season One, Part One” DVD Now Available

“The All-New Batman: The Brave and The Bold” November 2010 Comic Details

THE ALL-NEW BATMAN: THE BRAVE AND THE BOLD #1

Theres precious little crime in the tiny paradise that is the miniaturized Bottle City of Kandor. So, when Kandor is threatened by a plague of thefts that hint at a larger threat waiting in the wings, Superman and Batman shrink down to super-small size to unravel the super-big mystery! Dont miss the return of the comic based on the hit cartoon series! On sale November 10th, 2010. Cover price is $2.99 US.

DC Comics has also released details on a new DC Direct product slated to tie into the upcoming Superman/Shazam: The Return of Black Adam animated short home video release. Details are as follows below. 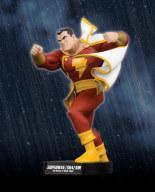 In your times of need, simply call on me. SHAZAM!

Chosen by the wizard Shazam! to be the worlds protector, young Billy Batson becomes the Worlds Mightiest Mortal. Battling alongside Superman against the nefarious Black Adam, Billy quickly discovers the challenge that all Super Heroes ultimately face is he fighting for justice? in this brand-new extra-length short. Four more favorite DC Comics Super Heroes Jonah Hex, Green Arrow, Black Canary and The Spectre face challenges of their own in this All-New Collection.

This hand-painted, cold-cast porcelain maquette of Shazam! is based on art from the highly anticipated Warner Home Video made-for-DVD animated original short, Superman/Shazam: The Return of the Black Adam!

Measuring approximately 9 high x 5.25 wide x 6.5 deep, this statue includes a 4-color Certificate of Authenticity and is packaged in a 4-color box.

*Quantities may be allocated 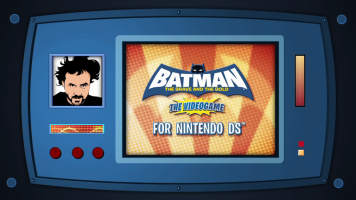 DC Comics is slated to release more details on The All-New Batman: The Brave and The Bold in the coming weeks. Stay tuned for further updates here soon at The World’s Finest, including exclusive content and more.