Its the first issue of the monthly series inspired by the new Cartoon Network series!
Hal Jordan faces his greatest challenge onboard the Interceptor when he faces off against a captured Red Lantern and his own mentor, Kilowog! Has their trip to the outer reaches of Guardian space driven Kilowog mad? Has their rage-filled prisoner influenced him to rebel against the Guardians will? Hal cant believe his eyes, and neither will you!

More details on the new ongoing series, including interviews with the creative team, can be found here at The World’s Finest Green Lantern: The Animated Series subsite.

Details for the April 2012 issue of Young Justice, the DC Comics title based on the acclaimed Cartoon Network animated series of the same name, can be found below. The Young Justice comic series expands on the continuity of the hit animated series, telling stories taking place between episodes of the top-rated cartoon. Stories from both the animated series and comic title will directly tie into each other. Cover art is also available by clicking the thumbnail.

Ocean-Masters plan to purify Atlantis brings Aqualad to deaths door and forces his former schoolmates to choose sides. Can even Superboy and Ms. Martian help him?

Further Young Justice comic details can be found at the The World’s Finest Young Justice subsite, including previews for current and upcoming issues along with creator interviews.

Schedule Details For Upcoming “Batman Beyond” Episodes Slated For The Hub

Details for upcoming episodes of the classic Batman Beyond animated series scheduled to debut on The Hub have been released. The complete 52-episode series has been airing regularly in cycles, with the series about to return to the first season as of February 2012. The Hub network is the rebranded name of the late Discovery Kids channel. Below is the schedule of classic Batman Beyond first season episodes slated to air on the network beginning February 2012. 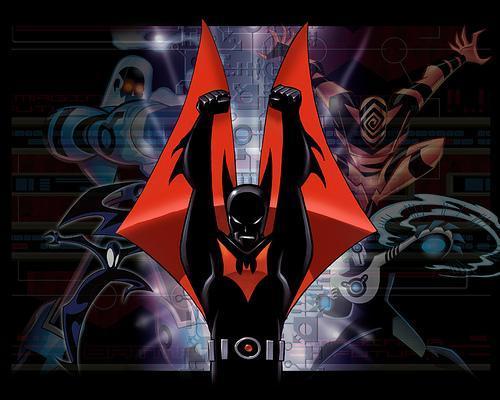 In additional schedule highlights, “The Call, Part One” will air Friday, January 27th, 2012 at 3:30pm (ET), immediately followed by “The Call, Part Two” at 4:00pm (ET) on the same day. “The Call” features Batman meeting the futuristic Justice League Unlimited. Also, the fan-favorite Batman Beyond episode “Zeta” is scheduled to air Thursday, January 19th, 2012 at 4:00pm (ET) on The Hub.

Click here to view the Batman Beyond subsite located here at The World’s Finest. Stay tuned for further updates here soon at The Worlds Finest.

The December 2011 issue of Young Justice, issue #11, sold an estimated 7,225 copies to comic shops in North America. Standard attrition for Young Justice #11 was just shy of 6%, with the book showing high retention in consumers. Please note these numbers do not take into account copies appearing on newsstands or sold digitally.

The direct-to-video Superman/Batman: Public Enemies animated feature will air Sunday, January 29th, 2012 at 9:00pm (ET) to the Canadian network Teletoon. This concludes a month of special DC Universe Animated Original Movie-themed events on the Teletoon Fred At Night programming block. Teletoon is airing various titles from the popular DC Universe Animated Original Movie line from Warner Home Video every Sunday night at 9:00pm (ET) during the month of January 2012. Further information on the programming initiative available below. Superman/Batman: Public Enemies teams Superman and Batman against Lex Luthor and a horde of classic DC Comics villains. Official details on the Superman/Batman: Public Enemies animated feature, released by Teletoon, are as follows.

Superman/Batman: Public Enemies
Teletoon, Sunday, January 29th, 2012 at 9:00pm (ET)
In this animated feature, Lex Luthor frames Superman and declares a $1 billion bounty on the heads of the Man of Steel and his “partner in crime,” Batman. The highly sought after super heroes must unite to expose Luthors devious plot.

Latest Issue Of “The All-New Batman: The Brave And The Bold” Comic Hits Shelves

THE ALL-NEW BATMAN: THE BRAVE AND THE BOLD #15

Batman finds himself in a death trap with no way out. Its going to take a miracle to save himMister Miracle, that is. But can even the worlds two greatest escape artists find their way out of an endless maze filled with nonstop danger?