Warner Home Video has released a new image from the upcoming Superman: Unbound animated feature, hitting home video and digital outlets on May 7th, 2013. The title is the latest installment of the ongoing DC Universe Animated Original Movie line. Superman: Unbound adapts the acclaimed comic storyline “Superman: Brainiac” by Geoff Johns and Gary Frank. Click on the thumbnail below for a closer look. 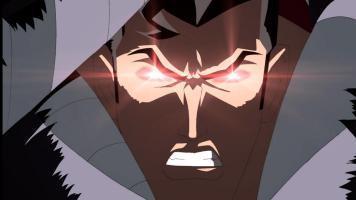