Warner Bros. Home Entertainment has announced Batman: Hush, the highly-anticipated upcoming DC Universe Movie animated feature, will now hit physical media and the DC Universe streaming service on August 6, 2019. The previous release date was August 13, 2019. Batman: Hush adapts the seminal DC classic tale, which centers on a shadowy new villain known only as Hush, who uses Gotham’s Rogues Gallery to destroy Batman’s crime-fighting career, as well as Bruce Wayne’s personal life – which has already been complicated by a relationship with Selina Kyle, aka Catwoman. Complete press details – along with a new image – can be found below. 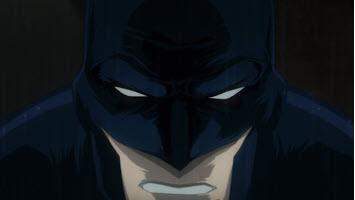 Warner Bros. Home Entertainment has moved up its physical release date for Batman: Hush, the next entry in the popular series of DC Universe Movies. Produced by Warner Bros. Animation and DC, the feature-length animated film will arrive one week earlier than originally announced, now coming to 4K Ultra HD Combo Pack, Blu-ray Combo Pack and the DC Universe streaming service on August 6, 2019. The film retains its Digital release date of July 20, 2019.

An adaptation of the seminal DC classic tale, Batman: Hush centers on a shadowy new villain known only as Hush, who uses Gotham’s Rogues Gallery to destroy Batman’s crime-fighting career, as well as Bruce Wayne’s personal life – which has already been complicated by a relationship with Selina Kyle, aka Catwoman.

BATMAN and all related characters and elements are trademarks of and © DC Comics. © 2019 Warner Bros. Entertainment Inc.

Keep an eye on the Batman: Hush subsite right here at The World’s Finest for additional and exclusive content, and much more. The next installment in the DC Universe Movie line, Batman: Hush hits Digital on July 20, 2019 and physical media on August 6, 2019. Click on the link below to discuss this news.