Description: Known for their limitless passion and incredible ingenuity for film and television posters, Mondo turns their attention to the highly acclaimed DC show Batman: The Animated Series. The show first aired in 1992 and was instantly met with critical praise for its sophisticated writing, bold storytelling and distinctive, noir-influenced art style, generating an intense following that thrives to this day.

For a bit of back-story, Mondo is a renowned art gallery and online store, dedicated to film, art, music and collectibles, and has gained global recognition for their artisanal works over the years. And their recent Batman: The Animated Series pieces are no exception. The studio partnered with Phantom City Creative, Inc. award-winning artist Justin Erickson to develop and create works inspired by the classic animated show for a series of products, including posters, soundtracks and more. And now, all of that material is right here and between two hard covers and it’s pretty amazing.

The foreword and interview lay the groundwork and context for what follows, giving the reader insight into Erickson’s approach and inspiration behind each piece. Fittingly, first up is the project that kick-started Mondo’s deep dive into the animated world of Batman, Batman: Mask of the Phantasm. Given its own section of the book, it includes thoughts from Erickson, along with plenty of concept and production art and variant designs. 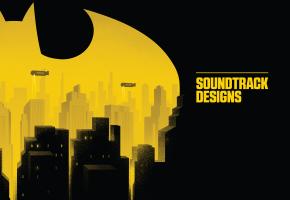 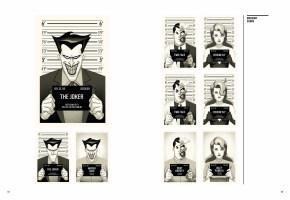 The majority of pieces in this section come with a small write-up where Erickson breaks down his inspiration and approach to each, as well as calling out some of his favorite works (“Heart of Ice,” naturally). There are plenty of neat facts spread throughout this section (Erickson took inspiration from Japanese woodblock prints for “Night of the Ninja,” for example), and the insight provided really does add a new layer of context and appreciation. Even posters for the less-acclaimed Batman: The Animated Series episodes get the same treatment as the favorites, which really highlights Erickson’s respect for the show (the “Moon of the Wolf” poster, for example, is just so dang cool).

Erickson’s work here really captures the feel and themes of Batman: The Animated Series, be it’s the 1930s gangster vibe of “It’s Never Too Late,” the old-school serial look to “The Demon’s Quest” and “Beware the Gray Ghost,” (think Indiana Jones) among others. There’s brilliance in these designs, like how he juxtaposes Batman and his rogues gallery for “Trial,” or the use of braille for “Blind As a Bat,” there are so many neat touches that elevates the material. There’s passion, thought and long, long hours put into each image, and it shows in spades.

The last major section of the book is dedicated to Mondo’s vinyl soundtrack releases for Batman: The Animated Series. Here, we get a good look into the more technical, production side of things, with Erickson walking us through how some pieces were designed and laid out one format, and the subsequent changes and alterations needed when adapting them to multiple formats (altering poster imagery so it can be used as vinyl cover art, for example). There’s also a gallery of Mug Shots and Heroes of Gotham/Zeroes of Gotham cards by Erickson, included with some of the soundtrack releases, that are simply fantastic.

This is all housed in a really attractive package, too. Image quality is top-notch, and page layouts are clean and clear. The hardcover book is sturdy and strong, and the oversized format not only adds heft to the book, but gives everything within plenty of space and room to avoid an overcrowded or jumbled presentation.

Overflowing with some of the most striking imagery inspired by Batman: The Animated Series, all of it gathered together here in a gorgeous oversized hardcover, Insight Edition’s Batman: The Animated Series: The Phantom City Creative Collection is one of the most arresting books to hit shelves this year. It’s nearly impossible to put down, as you can’t help but want to see what’s on the next page. Erickson’s work with Mondo is imaginative, slick and bursting with admiration and respect for Batman: The Animated Series, and Insight Editions pulls out all the stops in making sure the presentation is second-to-none. It’s truly something special, serving as tangible representation of the enduring legacy of the beloved cartoon classic, and you couldn’t ask for a better example. Must Own!

Please note that while Insight Editions provided a copy of this book for review, that did not impact or influence the product’s final assessment. 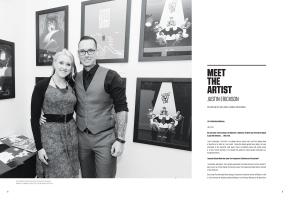 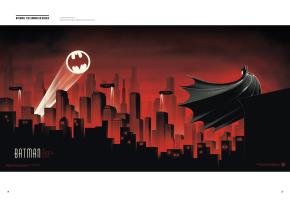 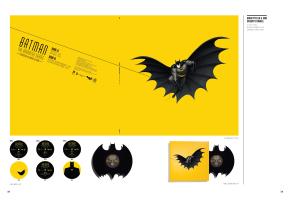 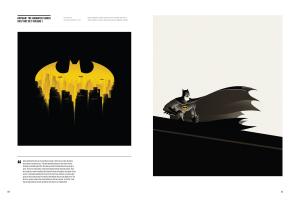 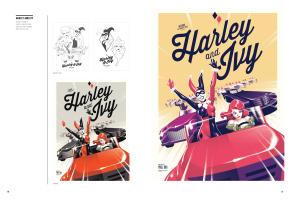 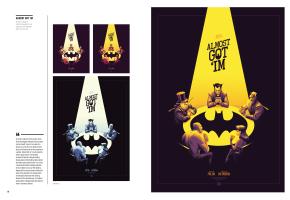 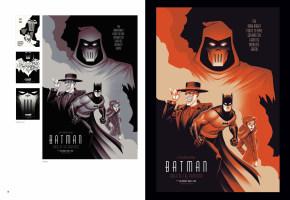 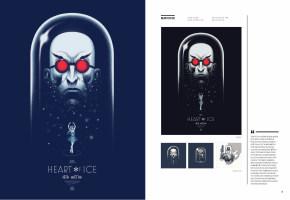 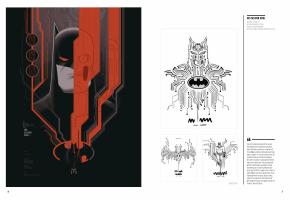 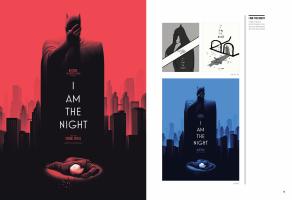 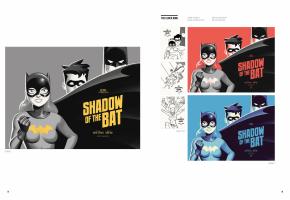