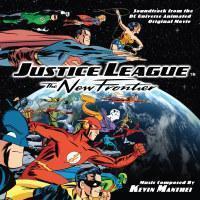 According to various home media retailing outlets, Justice League: The New Frontier had to battle off a host of new and Oscar-fueled releases this week, but it still made a respectable showing at the #10 slot in DVD sales for the week. The title sold an estimated 136,000 copies on DVD in its first week. Keep in mind the number does not take into account rental numbers, hi-def DVD numbers, OnDemand numbers, or legal download numbers, just sales of the single-disc and two-disc standard DVD releases.

Justice League: The New Frontier also premiered in the #5 slot in Hi-Def DVD sales, thanks to a strong showing from the movie’s Blu-Ray release.

Joining Kevin Conroy will be Gary Dourdon, David McCallum, Parminder Nagra, and Ana Ortiz. Information on their role in the feature, as well as further information on Conroy’s stint as Batman in the highly anticipated 75 minute animated film, are expected to be revealed soon.

On a related note, Warner Home Video has created a teaser website for Batman: Gotham Knight. Click here to view it.

Neil Patrick Harris – Voice of The Flash in “Justice League: The New Frontier” 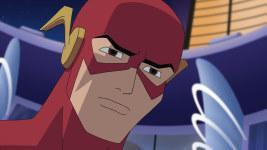 Somewhere between the Emmy Award nominations and the critically-acclaimed stage performances from Broadway to Los Angeles, Neil Patrick Harris still finds room in his busy schedule for his guilty pleasure: comic books and the super heroes within.

Harris is now back on the set of How I Met Your Mother but he had time during the industrys recent vacation to enjoy the transition from comic book reader to super hero actor as the voice as The Flash in the DC Universe original, animated direct-to-DVD release, Justice League: The New Frontier. In its first week of release, reviews and sales of the new film from Warner Home Video, Warner Premiere, Warner Bros. Animation and DC Comics have been equally stellar, and Harris has been particularly well received in his key role.

To voice a super hero is phenomenal, Harris said. I couldve been the sixth-super-hero-on-the-right and Id have been happy, but Flash actually gets to help save the day, so this is great.

Harris continues to peruse his local comics stores, even taking a moment during a recent interview to voice his dismay when he thought Los Angeles standard Golden Apple Comics had closed and relief when he discovered the store had simply moved from its location of nearly three decades.

It has been confirmed that Kevin Conroy will be voicing Batman in Batman: Gotham Knight. The specifics of his role, whether he’ll be playing Batman for the entire animated feature or just for a segment, has yet to be officially announced. However, according to sources, he will be the voice of Batman in this feature.