Description: Batman is dead. A new expansive, criminal underworld has swept the streets of Gotham City. It is now up to the Batman Family – Batgirl, Nightwing, Red Hood, and Robin – to protect Gotham, bring hope to its citizens, discipline to its cops, and fear to its criminals. From solving mysteries that connect the darkest chapters in the city’s history to defeating notorious villains in epic confrontations.

Gotham Knights is an open-world, action RPG set in the most dynamic and interactive Gotham City yet. Patrol Gotham’s five distinct boroughs in solo or in co-op and drop in on criminal activity wherever you find it. Gotham Knights also includes Heroic Assault, a standalone mode supporting up to four players in online co-op.

Your legacy begins now. Step into the Knight.

Following the mysterious death of Batman, his crew of dedicated sidekicks step-up to fill the gap in Gotham Knights, an intriguing look at Gotham City following the demise of its famed protector. Nightwing, Robin, Batgirl and Red Hood take the stage to not only solve the mystery behind their mentor’s passing, but to also break open a massive conspiracy that’ll change their world forever. Gotham Knights takes flight with its fascinating story and genuinely great character moments, but it’s occasionally frustrating controls and buggy presentation hold this team back from truly soaring.

In Gotham Knights, players patrol the dark streets of five distinct boroughs in Gotham City using a variety of detective and combat skills to solve crimes and protect the citizens. As Batgirl, Nightwing, Red Hood or Robin, players will be able to beat-up crooks and explore the open-world in single or untethered two-player online co-op. Here, our heroes will solve mysteries that connect the darkest chapters in the city’s history, while engaging in epic confrontations and encounters with notorious DC Super-Villains, such as the cold-blooded Mr. Freeze, mastermind criminal influencer Harley Quinn, shape-shifting colossus Clayface and the mysterious Court of Owls, a secret society made up of Gotham City’s wealthiest families.

To note right away, Gotham Knights is not a follow-up to the acclaimed Batman: Arkham series, but instead an entirely new world for players to dive into. While there are similarities between the two, and understandably so since both game series take the same rough approach to Batman’s famed stomping grounds, Gotham Knights ultimately manages to successfully strike out on its own, even with its aggravating missteps.

Gotham Knights starts off strong thanks to a heavy emphasis on the Bat-Family grappling with the loss of Batman and accepting their new roles as the main protectors of Gotham City. After an extended set-up, establishing both the main cast and giving players a run-through of each hero’s abilities, the game truly kicks off as our heroes begin to uncover missions and objectives that’ll take them to the streets to tussle with some of Gotham’s worst. Along for the ride is Alfred Pennyworth, who seems likely to outlive all of the Bat-crew that point.

Uncovering the assorted mysteries of Gotham Knights will put our heroes in the middle of one battle after another, and this is where players will start to notice some of the game’s cracks. Combat is easy to pick up, but can be tricky to master due to occasionally unresponsive, confusing or awkward control schemes. There’s a range of light and heavy attacks, plus a few enhanced tricks you’ll pick up along the way as players pick up better gear and level up. Players have a lot of options when it comes to customizing the game to their skills … in theory, but in practice? There’s no real nuance, rhythm or flow, just mash-mash-mash. It’s mostly a mash-up between pressing a few key buttons and waiting to unleash special moves, and rarely not much else.

Even so, Gotham Knights does make for an exciting two-player experience. In fact, the game feels made more toward co-op play than single, which’ll likely be a sore spot for those hitting the streets solo. With two heroes, fights can actually get pretty engaging, even if they end up mostly coming down to hitting buttons as fast as possible. Still, some can be real nail-biters. As a single-player experience, these same battles can end up feeling pretty long and wear-out their welcome much quicker, making reaching the game’s finale more of a grindy chore. Solo players will definitely be more inclined to put the controller down as the game stretches out its latter battles.

However, getting out and cleaning up the streets of Gotham is paramount to finding clues to unlock story progress, as well as gaining abilities and gear and finishing up challenges. While the streets of Gotham City can look pretty bare, there actually ends up being a good number of content out there to unearth for players looking to pick the city clean. This includes clearing certain missions and stopping specific events before heading back to home base, The Belfry, to compare notes and plan next moves (and unlock further missions, both for the main story and side missions), among other tasks and directives, such as finding collectibles, unlocking challenges and playing character-specific missions. Players can also visit The Belfry at their leisure and use it to switch between the playable heroes.

And that ability to play as any of the four Gotham Knights does give this game a bit of a leg-up in comparison to its predecessors. Each of the four characters play differently from the other, giving players the option of choosing one that works more to their speed. Nightwing is heavy on acrobatic fisticuffs, Red Hood is a magic-bullet-shooting tank, and Batgirl and Robin use tech to boost their fighting and stealth abilities. While Gotham Knights provides some genuine variety when it comes to choosing the best fighter for the job, there is a sneaking, gradual realization that the choice doesn’t ultimately matter in the long run of the game’s story.

All things considered, Gotham Knights‘ biggest strengths arguably come from its story and the respective journeys for each of the Gotham Knights. Outside of character-specific cutscenes and quests, plus bits of dialogue, the game’s story remains basically the same regardless of the hero being piloted, but that’s not really surprising nor is it a strike against the game. What’s really surprising, despite its debatable predictability and linear progression, is Gotham Knights‘ genuinely engrossing central mystery and the palpable slow dread as it unravels. Gotham Knights also does right by Batman’s iconic sidekicks, with all four getting some pretty weighty material that make each one worth checking out (if you have the time). Naturally, no spoilers.

Unfortunately, getting through the story can feel a little bit like a chore at times, especially as missions grow a little longer and harder toward the end without offering anything new to keep things fresh. Still, the compelling story does keep things moving, helped along by a slew of colorful baddies hellbent on stopping the Gotham Knights in their track. Harley Quinn, Mr. Freeze, The Penguin, Clayface and the Court of Owls are some, though not all, of the forces who stand in the way, each presenting a fun and sizable threat for our heroes. While some are better than others, the major Gotham Knights‘ villain battles are pretty thrilling. That said, the game’s big boss battle, while pretty exciting, ends up a slight disappointment as it’s over way too quickly.

But, as exciting as these fights can be, Gotham Knights does unfortunately suffer from some performance issues that occasionally weakens the gaming experience. There’s noticeable pop-in and frequent frame drops throughout the game, along with bugs and occasional crashes. This is on-top of the intermittently clunky controls. It’s clear some additional work could’ve been done to smooth out some the technical issues. One glitch caused background audio of a massive gunfight to continue when the game switched from game play to a cinematic, ruining what was meant to be a poignant moment. Thankfully, despite the issues, Gotham Knights looks absolutely gorgeous from top-to-bottom. Character designs, the overall visual approach, everything here looks genuinely so, so good. It’s just unfortunate that, until the game is eventually patched, players aren’t getting the experience they should be, though what’s here is still definitely a worth-while escapade.

For players who want more Gotham Knights content, there’s a few other products out there of interest. First, there’s a hefty and exhaustive Gotham Knights: The Official Collector’s Compendium from Insight Editions which dives into the game’s production and even offers helpful strategy tips. If you’re serious about Gotham Knights, picking up this book is a must. Also out there is DC Comics’ six-issue prequel series Batman: Gotham Knights – Gilded City and Water Tower Music’s Gotham Knights soundtrack release. All three of these items are worth your time and dollar, especially Insight Edition’s detailed, informative look at the game’s creation. The production artwork on display is just stunning, and there’s so much of it to see.

Warner Bros. Games Montreal has put in some commendable work here, even if everything doesn’t come together as smoothly as it should. Whether taking on the forces of evil solo or with a partner, Gotham Knights can make for a pretty good trip, even if the solo experience can end up feeling considerably tedious as players reach the endgame. Fights eventually feel repetitive and the lack of a deep, layered combat system can make things feel pretty “samey,” but a game’s story helps make some of the monotonous aspects bearable. Having a co-pilot helps, especially since most of the challenges feel tailored more for two players than one.

Gotham Knights isn’t an out-and-out success or perfect gaming experience, it’s not, but it’s still a handsome and entertaining adventure. Putting the spotlight on the younger heroes and watching them bring their form of justice to the streets of Gotham City here result in what’s ultimately a really satisfying experience, even with its missteps. The lack of variety when it comes to fisticuffs and enemy types can dull the play-through, but the interesting plot and captivating characters pick up the slack. For those really on the fence about this one, unsure in general or just not in a rush to check it out, consider waiting until it goes on sale with a good discount. Gotham Knights may not be the perfect outing for Batman’s young charges, but it still makes for a memorable one. Recommended. 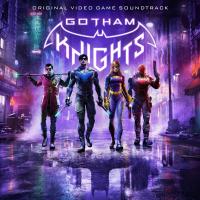