Description: Ahead of the third season, Warner Bros. Home Entertainment is set to release Superman & Lois: The Complete Second Season on Blu-ray and DVD. Featuring all 15 action-packed episodes from the exciting second season plus brand-new bonus features, Superman & Lois: The Complete Second Season is priced to own on DVD and Blu-ray, which includes a digital copy. The show is also available to own on Digital via purchase from all major digital retailers and is streaming on HBO Max. 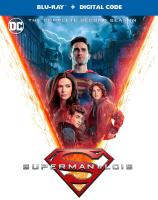 Based on the DC characters, and Superman created by Jerry Siegel and Joe Shuster, the series was developed by Greg Berlanti (Arrow, The Flash, Batwoman, Supergirl) and Todd Helbing (The Flash, Black Sails), who executive produce alongside Sarah Schechter (All American, Riverdale), Geoff Johns (Titans, DC’s Stargirl, Wonder Woman) and David Madden (Kung Fu, Save the Last Dance).

Episodes: What Lies Beneath, The Ties That Bind, The Thing in the Mines, The Inverse Method, Girl…You’ll be a Woman Soon, Tried and True, Anti-Hero, Into Oblivion, 30 Days and 30 Nights, Bizarros in a Bizarro World, Truth and Consequences, Lies That Bind, All is Lost, Worlds War Bizarre, Waiting for Superman

There’s no sophomore slump to be found here as The Kents and the denizens of Smallville find themselves in earth-shattering danger (literally) in Superman & Lois: The Complete Second Season. After a surprising and strong first season, Superman and his clan are back for another round of cataclysmic adventures and the super-crew doesn’t disappoint. Picking up shortly after the season one finale, The Kents are adapting to addition of John Henry Iron and his daughter, Natalie, to their farm home, but then an already complicated situation unexpectedly escalates. Soon our heroes find themselves dealing with something truly … bizarre.

As always, spoilers will be kept as light as possible.

Following the defeat of Superman’s “brother” Tal-Rho at the end of the first season, things have been quiet on the superhero front. Clark has been training his super-powered son, Jordan, and spending quality time with his “normal” son, Jonathan, and life seems quaint for the time-being. Lois, however, is struggling with the arrival of John and Natalie, two dopplegangers who were her husband and child on another Earth where Superman became a murderous tyrant. It’s a tricky situation that could only come from a comic book plot, but it creates a tricky and legitimately intriguing dynamic in the household.

And on top of the bountiful family drama, the Man of Steel’s super hero lifestyle bring further complications for the Kent brood. The appearance of a bizarre-looking Superman from another world kicks off the second season’s major storyline, his arrival being just the first from this inverted home planet. Bizarro Superman’s mission is to hunt down this Earth’s Ally, a cult leader who just so happens to have Lois’ sister Lucy under her sway. Ally soon discovers she can use this situation to her advantage to gain super-powers for not just herself, but for all her followers. The cost? The lives of countless innocents. And the situation only worsens from there for the Kents.

After the first season’s near home-run, the pressure was on for season two of Superman & Lois to deliver and, thankfully, it totally does. The show’s core focus on the importance of family and being honest remains key, running through basically every one of the season’s assorted plots up to the season’s massive finale. The idea that being a family doesn’t stop at blood relation is also a prevalent theme, thanks to the inclusion of John and Natalie into the Kent’s family dynamic. Amazing that for such a potentially tiring tropes, Superman & Lois finds new ways to explore the ideas, coming up with some pretty novel approaches thanks to the show’s willingness to unabashedly tap into the craziness of the comic book source material. Not every scheme this season works, but the overall it still comes together well enough.

The idea of trust is also a explored in season two as the Kents grapple with keeping secrets from friends and family also learning to let others in. Lois struggles with this as she finds her estranged sister back in her life under less-than-ideal circumstances. At the same time, Clark is finding it harder to keep his heroics a secret from one of his closest friends, and Jordan and Jonathan both find themselves under pressure to be honest to their peers. Every character here finds their respective backs to the wall, with being trustful and honest as their only solution to their predicaments.

This season also takes some pretty big steps for its own mythology, including who else knows about Superman’s secret identity and his status as this earth’s greatest hero. These bring about two of the season’s legitimately biggest surprises, one which actually recontextualizes the entirety of Superman & Lois‘ entire run to date in a rather gutsy move. Believe it or not, but these two twists change just about everything and open the series up to interesting possibilities, but the show still never loses its core message. Naturally, no spoilers.

Despite the emphasis on family drama, there’s still plenty of action and spectacle to behold. As with the first season, Superman & Lois‘s sizable budget allows the show to do some pretty epic sequences, one of them unquestionably being a hallway fight scene toward the end of the season that’s an impressively ambitious piece of work, and another being Superman unleashing his powers in the finale. There’s a lot of cosmic-level effects too, including getting to visit the warped Inverse Earth, that all look pretty excellent for a television series. Yeah, there’s iffy effects to be sure, but that’s expected given that the show’s budget can only go so far.

To go further, it’s safe to say this season is actually a bit more action-heavy than season one, especially as it eventually finds itself a little crowded with a host of super-powered beings. A fair chunk of these beings, however, are “inverted” versions of our main characters and supporting cast, which both adds a little bit of fun and legitimate dread, especially as the season heads toward its climax and the situation in Smallville becomes increasingly dire. There’s lots of fisticuffs and great beats here, with more than a few of them being pretty show-stopping. Superman & Lois‘s continued use of the 2.2:1 aspect ratio this season also helps with the show’s cinematic, big-budget feel.

Superman & Lois holds strong in its second season and reminds viewers not only how great superhero television can be, but how there really isn’t another show like this out here, comic book-related or otherwise. The cast pulls out some great performances too, and are able to believably sell whatever material the script throws at them. In the end, it’s an exceptionally well-done family drama at its heart, but it also just happens to be wearing tights and cape.

For those interested in giving it a watch, it can all be found in one tidy little Blu-ray package from Warner Bros. Home Entertainment. Also available on DVD, Digital and HBO Max, Superman & Lois: The Complete Second Season collects the entire season and comes with a small collection of bonus features. Once again, the high-definition presentation on Blu-ray disc surpasses the other formats, no question. Superman & Lois‘s unique visual style looks really great on Blu-ray, though there’s odd bits of compression here and there. Colors are great, though the blacks can get dull on occasion. The 5.1 channel DTS-HD Master Audio soundtrack is pretty slick, too, giving a nice boost to the bigger moments and making sure quieter ones are crystal clear. It adds just the right amount of pep without going overboard.

The Blu-ray also comes with a couple extras, including the nearly 10-minute “Fractured: The Heart of Bizarro.” It’s a good, quick look at this season’s take on the classic super-foe, Bizarro. Also included is the 17-minute “The DC Heroes: Path to Glory” feature, which looks at the broader Arrowverse. It’s a smaller batch compared to the first season’s Blu-ray release, but what’s here is at least worth watching, but it still feels a little too light overall.

After a remarkably strong first season comes a second season that stands on par with it. Superman & Lois: The Complete Second Season is another successful run for this fresh spin on a DC Comics classic, taking these characters in compelling directions and successfully mixing up family drama with near-big-screen-level heroics. The best way to enjoy this season is Warner Bros. Home Entertainment’s Blu-ray collection, sporting great audio and video transfers, plus some nice (if underwhelming) bonus features. It’s still a great package overall that fans should pick up, making Superman & Lois: The Complete Second Season come Highly Recommended!

Warner Bros. Home Entertainment provided The World’s Finest with a copy of Superman & Lois: The Complete Second Season for the purposes of this review. 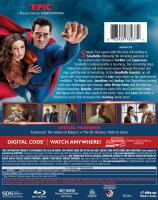 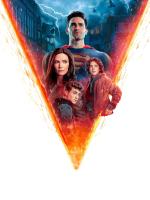 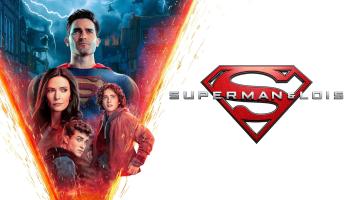 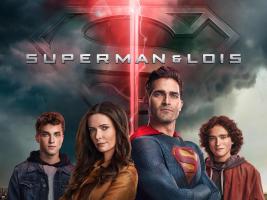 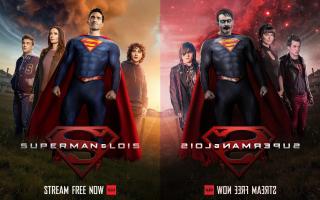