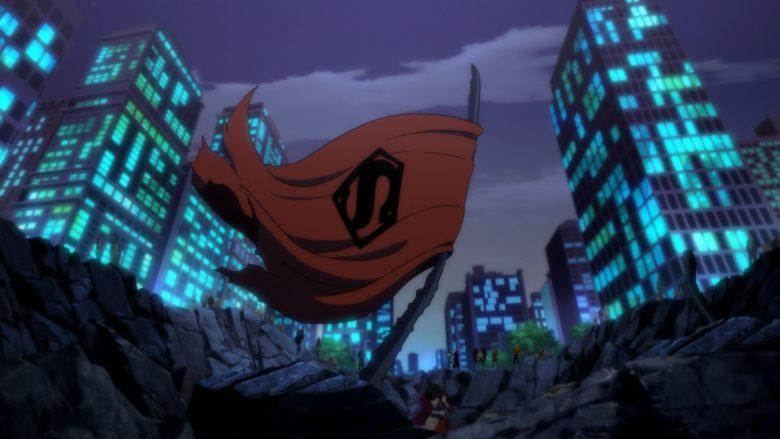 Synopsis: The Man of Steel meets his ultimate match when Doomsday comes to Earth – hell bent on destroying everything and everyone in his path, including the Justice League – in the action-packed The Death of Superman. Part of the popular series of DC Universe Movies, and produced by Warner Bros. Animation and DC Entertainment, the feature-length animated film ultimately finds Superman in a fight to the finish when the Man of Steel becomes the only hero who can stand in the way of the monstrous creature Doomsday and his unstoppable rampage of destruction.

The Death of Superman Enhanced Content
Ultra HD Blu-ray Combo Pack, Blu-ray Deluxe Gift Set, Blu-ray Combo Pack and Digital
-The Death of Superman: The Brawl That Topped Them All (Featurette) – Experience the battle between Superman and Doomsday like never before as creators of the iconic comic and the new film explore the nuances of “The Greatest Fight” with the help of a martial arts expert.
-A Sneak Peek at DC Universe’s Next Animated Movie, Reign of the Supermen – An exciting look at the next film in the two-part saga that brings the epic and emotional story of a world without the Man of Steel to life.
-From the DC Comics Vault: Legion of Superheroes, “Dark Victory: Part 1” – After eliminating Imperiex, Brainiac 5 takes over his army and plans to take over the universe. With Superman thought to be dead, the other Legionnaires must stop him before it is too late!
-From the DC Comics Vault: Legion of Superheroes, “Dark Victory: Part 2” – The Legion faces Imperiex in a final battle, while a traitor lurks in their midst. 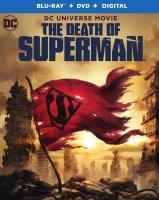 The Death of Superman Blu-Ray Review
by James Harvey

Released on Digital HD, 4K Ultra Blu-ray, Blu-ray and DVD by Warner Bros. Home Entertainment, The Death of Superman hits home media with a small selection of extras that nicely compliment the main feature. While the bonus content is lacking, the extra content is still a worthwhile watch.

Video and audio for the Blu-ray The Death of Superman is solid, though not perfect. The video transfer is clear and the colors look great, though there is noticeable banding and compression. That said, the transfer is definitely better than some of the recent previous entries in the DC Universe line. In terms of audio, the DTS-HD Master Audio 5.1 transfer is great, suitably adding weight to the action scenes while also making sure the quiet scenes are also crystal clear. The major fisticuffs between Superman, the Justice League and Doomsday sound pretty amazing, with some punches absolutely brutal.

The enhanced content for The Death of Superman is unfortunately a little lacking, with roughly 25 minutes of featurettes and two bonus cartoons. Given how well the bonus content on the Superman Doomsday home media release extensively covered the comic book origins of The Death of Superman (there is some legitimately great documentaries and featurettes on there that, for fans of the DC Comics saga, are basically must-see), it is understandable that the content would not be repeated here. That said, the bonus content included with The Death of Superman is definitely lighter than expected, given the animated feature and its source material, but they’re still worth watching.

The bonus featurettes include “The Death of Superman: The Brawl That Topped Them All” and a First Look featurette for “Reign of the Supermen.” The 16-minute “Brawl” featurette lightly covers the background of the original 1990s comic event, it’s impact and how the epic fight between Superman and Doomsday was handled to make sure it was effective and emotional for the characters and for the fans. It’s a new perspective on the epic battle, by looking at the stakes of the fisticuffs, and it’s actually a neat watch. However, those looking for a detailed look at the original battle and event will likely be a little letdown. Still, as a companion piece to the animated movie and a quick revisit to the original story, it’s a good watch.

The other featurette is a roughly 10-minute preview for the upcoming Reign of the Supermen animated movie (the sequel to The Death of Superman, providing a mix of talking head interviews, some production art and a wealth of finished footage. The featurette includes plenty of shots of the four Supermen – Superboy, Steel, The Eradicator and Cyborg Superman – and teases what the film will cover. It’s a great look at what’s up next for the DC Universe Movie line and, boy, the wait for this one is going to be excruciating.

Additional content, included on the Blu-ray release, includes the two-part Legion of Super-Heroes “Dark Victory” series finale. While the inclusion of these episodes is a little peculiar, it is fantastic to see this series get a little love.

It’s worth noting that for those who opt to purchase The Death of Superman on physical media will also get a small figurine with the Blu-ray Deluxe Gift Set. Again, it’s fantastic to see Warner Bros. Home Entertainment supporting the physical media release of this movie with exclusive content.

While the special features are a little lacking, Warner Bros. Home Entertainment’s Blu-ray release for The Death of Superman is definitely a worthwhile purchase. The main feature itself is a spectacular animated flick, featuring blistering action and surprising emotional depth, and makes up for any lack of enhanced content. The featurettes are enjoyable for what they are, but feel a little too light for the source material (that said, if you don’t own it already, pick up Superman Doomsday for an in-depth exploration of the film’s comic book origins). The video and audio quality is solid as well, though the The Death of Superman 4K Blu-ray release is easily superior. Regardless of the format, The Death of Superman is a great DC Universe Movie title worth adding to your collection and comes Highly Recommended.

[ Continue on to the The Death of Superman Feature review ]