Summit
Original Airdate – March 9th, 2013
The Light calls a Summit to decide the final fate of Aqualad, the team… and the entire planet Earth!

Review:
The penultimate episode of “Young Justice” has aired, and it tied a lot up while leaving a lot open… as it should, with next week’s episode being the climax. Overall, it was a satisfying episode, about 90% of it depicted in real time, and in one location. All hands on deck!It was a long time coming, and while I don’t know if the Light’s defeat was crippling, but they were hurt this time. Badly. While the Light were grand chess masters and magnificent bastards all around (as they should be considering who their members are), Aqualad was right that their greatest weakness was their arrogance. With all of their resources, they were always able to set the stage in their favor… but even one wild card can alter the game for the most skilled card sharp. Aqualad and Artemis were those wild cards, and Nightwing learned from the Batman. So Black Manta and the Brain have been captured; Ra’s al Ghul is dead… again; Vandal Savage and Klarion are playing one final card; Queen Bee and Lex Luthor did not attend the summit because of their public works. Savage didn’t outright say their names, but it’s a safe bet that the world now knows of the Light’s existence even if Luthor and Bee can’t be officially tied to the organization at this point.

Oh, and “Summit” was set on June 19th which is Fathers Day in 2016 also known as the year this season is set in. Black Manta was betrayed by Kaldur on Father’s Day. Which is not something you need to know, given how well the confrontation between Manta and Kaldur worked on an emotional level, but damn does that tidbit add to it. And knowing Greg Weisman, the choice of the date had to be intentional. Even betrayed, Manta did not want the Reach killing his son… but he was more than willing to “beat a lesson into his skull”; likewise, as Kaldur himself said, he had seen Manta’s honorable side and shown his own ruthless side in defeating him. Even after discovering his son betrayed him and was shot by “Deathstroke” for it, he still ran to his side. I thought the confrontation was fantastic. I doubt it was easy for Kaldur either.

So the Light were outplayed as the Team infiltrated the summit with Miss Martian disguised as Deathstroke and the rest hiding among the ninjas of the League of Shadows. I enjoyed all the reveals… and it was cool to see all the current members of the Team come together to take out the enemy they stumbled across in the pilot. I was glad to see Wally suit up again as Kid Flash, and an official passing of the torch to Impulse. Had we gotten a third season, I suspect that Wally would have become the Flash. Yeah, I know Wally said he and Artemis were going to go back into retirement once this was all over, but sometimes life gets in the way of such plans. Especially with what’s coming next week.

And while the Light were defeated, true to form, Savage did play his final hand when he and Klarion teleported to the War World with the crystal key, took out the League members guarding it, and stole the War World. Considering that Black Beetle was at the summit, a play for the War World was inevitable, but I think this sped things up. I’m not sure if Savage would have gone for the War World immediately, though. He had no choice in timing after everything was outted. He knew the summit would have been recorded, and the League would be cleared as a result. Corrupt or not, there’s only so blatant you can be, and with the heavy hitters coming back…. yeah, hew as out of options. Which, like he said, is pretty much as desperate as he’s ever been in fifty-thousand years. Although, at this point, I fear we’ll never see Savage and Klarion again… but I could be wrong.

It was deeply satisfying to watch Aqualad’s recording play, shattering their partnership with the Reach, just as it was satisfying to watch the Ambassador get what was coming to him. Black Beetle removing that smug and pompous ass from command while keeping the more ruthless scientist at his side was beautiful. The ambassador better home he has intergalactic diplomatic immunity, because he’s about to get thrown into a cage.

Well, the Reach Conquest has been stopped, but it was stopped the moment Impulse went back in time. What am I missing? 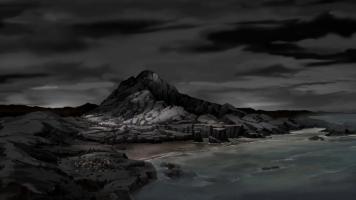 Ah yes, just the apocalypse. And with Black Beetle threatening to destroy Earth to cover up the Reach’s crimes, the Team and the League will have their work cut out for them next week. I will admit that I can’t help but be reminded of the penultimate episode of “W.I.T.C.H.” at this point, where the guardians outplayed Nerissa and Phobos, or for Phobos’ lieutenant, Lord Cedric, to pull a fast one and become the main villain in the series finale. Only this time Black Beetle is in Lord Cedric’s role and is, at least in my opinion, a much cooler and more intimidating villain than Lord Cedric ever was. I don’t mean to imply that these are the same plots, because they are not. But I couldn’t help but see the similarities. In any event, we’re down to the wire. This is it. One more to go.

* Will the Team and the Justice League save the world?
* Will the apocalypse be stopped?
* Will Black Beetle be defeated?
* Will we ever see Vandal Savage and Klarion ever again?
* What about the New Gods?
* If Vandal Savage must cannibalize his direct descendants in the comics as fuel for his immortality, what really happened to Roy Harper’s arm?
* If Lucifer means “light bringer” does this mean the Light was allied with Lucifer Morningstar? Will we see Lucifer and Mazikeen animated? What about the Endless? ….. Yeah, probably not.