“Batman: The Brave and The Bold” Officially Announced, Images Included 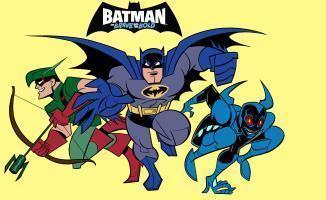 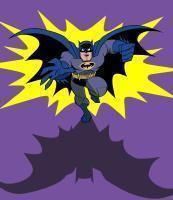 Cartoon Network announced their plans for the 2008-2009 television season, including early details on the new Batman: The Brave and The Bold animated series. The show, scheduled to premiere fall 2008, is greenlit for at least 26 half-hour episodes. Batman: The Brave and The Bold is set to carry both new character designs and a mix of voice talent both familiar and new to The Dark Knight.

Batman isn’t going at it alone this time! From Warner Bros. Animation comes the latest interpretation of the Batman franchise. Our caped crusader is teamed up with heroes from across the DC Universe, delivering nonstop action and adventures with a touch of comic relief. Blue Beetle, Green Arrow, Aquaman and countless others will get a chance to uphold justice alongside Batman. Though still based in Gotham, Batman will frequently find himself outside city limits, facing situations that are both unfamiliar and exhilarating. With formidable foes around every corner, Batman will still rely on his stealth, resourcefulness and limitless supply of cool gadgets to bring justice home.

Batman: The Brave and The Bold is scheduled to air on Fridays this fall. More details on the new animated series will be announced shortly.