A Look At New Animated Comics For August 2008

THE LEGION OF SUPER-HEROES IN THE 31st CENTURY #17
Written by J. Torres; Art by Sanford Greene; Cover by Alexander Serra

A distress call from a stranded United Planets ship pits the Legion against a gang of Thanagarian pirates and theyre not exactly carrying on Hawkmans heroic legacy! The team will have to call in the big guns, but their best hope is 1,000 years away.

Green Lantern and Batman must work together to keep Mr. Freeze from sending Gotham City into an endless ice age!

Each of the titles run thirty-two pages in full color and will be available on August 13th for $2.25 US.

Conroy On Voicing The Caped Crusader In “Batman: Gotham Knight”

By James Harvey on Thursday, May 15, 2008
Kevin Conroy Discusses Voicing Title Character In
DC Universe Animated Original Film Batman: Gotham Knight
Kevin Conroy had studied for and starred on the stage, advanced his career through soap operas, and was featured in television series like Dynasty and Tour of Duty. He had no idea that stepping into a sound booth in 1991 to audition for his first cartoon voiceover role would forever cement his place in the annals of animation and help to extend the Batman legacy to untold legions of fans. 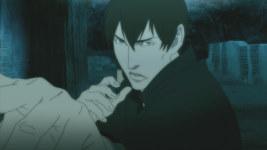 Conroy quickly became the Batman voice by which all others are judged and rarely assessed as an equal. He has cast a loud shadow in voicing the Dark Knight and Bruce Wayne for 17 years, beginning with Batman: The Animated Series and continuing through 16 films, video games and animated series (covering more than 220 episodes). He reprises the role in triumphant fashion in Batman: Gotham Knight, the highly-anticipated third film in the ongoing series of DC Universe animated original PG-13 movies.

Batman: Gotham Knight will arrive July 8, 2008 on DVD and Blu-Ray disc, and will also be available that day On Demand via digital cable and for download through broadband sites. The film is produced as a collaboration between DC Comics, Warner Premiere, Warner Home Video and Warner Bros. Animation. The film will receive its world premiere at Wizard World Chicago in late June.

From his home in New York City, Conroy spoke at length about the film, his ongoing relationship with the character, and the surprising manner in which he first approached and procured the role of Batman.

Question: What are your impressions of the film?

Kevin Conroy: Its a really rich experience. The artwork in this film is so beautiful, so amazing. I love the adult-themed animated shows like The Simpsons and South Park and King of the Hill. I love the appeal of their writing, the irony, the sense of humor. Those are great animated productions. But you forget just how rich animation artwork can be until you see a film like this. Theres just no comparison. Ive never seen anything like this in terms of diverse and rich animation in the industry its like getting six movies in one.

The story is very interesting, especially the way it weaves in and out of Bruce Waynes history like the flashback to him training in India, learning to endure pain. Its very well conceived story and I think it enhances a lot of the Batman mythology.

I dont think theres any question the fans will love it, because its such a deep animation experience, and it gives such great background into a character they already love. Its a very positive piece.

Back Cover Art for “Justice League: Season One” Blu-Ray Release 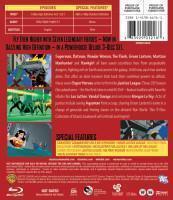 Check out the Releases section here on The World’s Finest for more DVD and Blu-Ray information. Click on the above thumbnail for a closer look.