Dynamic Music Partners Announces Completion Of “Batman: The Brave And The Bold” Musical

The following press release has been issued by Dynamic Music Partners, as seen below.

Dynamic Music Partners is excited to announce completion of their latest project, a full-blown animated musical episode of Batman: The Brave And The Bold entitled “Mayhem Of The Music Meister!” The production included several independent sessions with over 30 of L.A.’s finest studio musicians and culminated in a day of scoring at Warner Bros. Eastwood Scoring Stage.

The musical features the vocal talents of Neil Patrick Harris, Grey DeLisle and James Arnold Taylor along with Dee Bradley Baker, John DiMaggio, Kevin Michael Richardson, Tom Kenny, Jeff Bennett and Diedrich Bader, and will premiere at 10am on July 24th, 2009 during the “Batman: The Brave And The Bold” panel at Comic-Con International in San Diego.

An airdate for the episode is tenatively planned for the Fall; stay tuned for an official announcement once the airdate has been set. 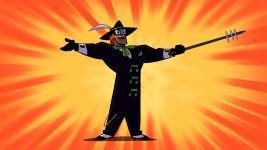 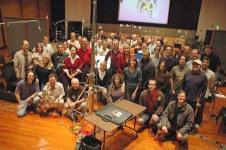 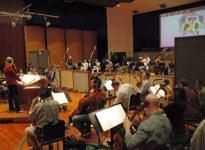 The Batman: The Brave and The Bold musical episode “Mayhem Of The Music Meister!” will premiere at the Comic-Con International in San Diego on Friday July 24th, 2009 at 10am in Room 6DE.