New “Batman: The Brave And The Bold – Volume One” DVD Release Now Available To Own

To view the official press release for this new DVD title, please click here. Warner Home Video has already announced the release of Batman: The Brave and The Bold – Volume Two, scheduled for a November 2009 release. Further details on that upcoming release can be found here.

In related news, The World’s Finest can confirm that actor Tyler James Williams will be providing the voice of Firestorm in upcoming episodes of the Batman: The Brave and the Bold animated series. Further details on upcoming episodes are forthcoming. 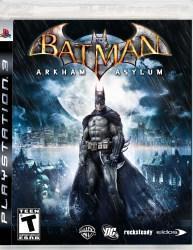 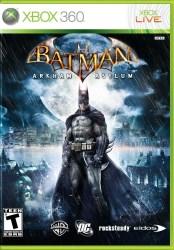 Batman: Arkham Asylum exposes players to a unique, dark and atmospheric adventure that takes them to the depths of Arkham Asylum – Gotham’s psychiatric hospital for the criminally insane. Gamers will move in the shadows, instigate fear amongst their enemies and confront The Joker and Gotham City’s most notorious villains who have taken over the asylum. Using a wide range of Batman’s gadgets and abilities, players will become the invisible predator and attempt to foil The Joker’s demented scheme.
Batman: Arkham Asylum features an original story penned exclusively for the game by famous Batman author and five-time Emmy award winner Paul Dini, whose credits include Lost season one and Batman: The Animated Series. Batman: Arkham Asylum also features Kevin Conroy, Mark Hammill, and Arleen Sorkin of Batman: The Animated Series fame reprising the roles they made famous on the groundbreaking animated series, as Batman, Joker, and Harley Quinn.

Check out the official Batman: Arkham Asylum website for more details on the game of 2009!

Believe the hype! This is the Batman game you’ve been waiting for! Batman: Arkham Asylum is now available to own.