hosted by popgeeks.com | Ada Wong was originally going to be in Resident evil VILLAGE *Spoilers* The Next Epic Spell Wars Of The Battle Wizards Product Is Coming
Batman: Under the Red Hood Blu-ray/DVD/Digital DC Universe Animated Original Movie

New Images, Trailer And Press Release For “Batman: Under The Red Hood” Feature 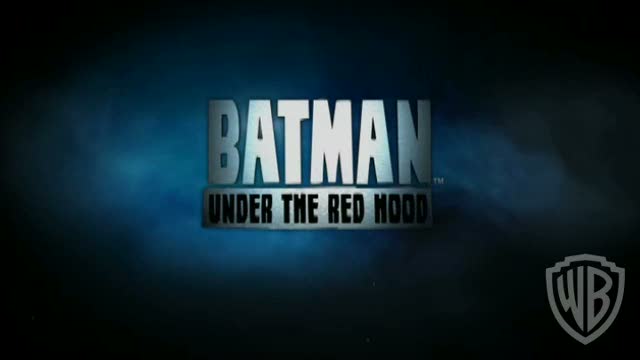 GOTHAM CITY MEETS A NEW VIGILANTE WITH A MYSTERIOUS, VIOLENT TWIST IN BATMAN: UNDER THE RED HOOD 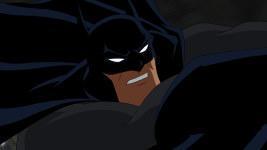 Batman confronts new enemies, old foes and painful memories when a powerful vigilante with a penchant for violence comes to Gotham City in the intense graphic-novel-come-to-life Batman: Under the Red Hood, the next entry in the popular ongoing series of DC Universe Animated Original PG-13 Movies coming July 27, 2010 from Warner Premiere, DC Entertainment and Warner Bros. Animation. The full-length film will be distributed by Warner Home Video as a Special Edition version on Blu-Ray and 2 disc DVD for $29.99 (SRP) and $24.98 (SRP), respectively, as well as single disc DVD for $19.98 (SRP). The film will also be available On Demand and for Download.

The stellar voice cast has Bruce Greenwood (Captain Pike in the 2009 blockbuster Star Trek) donning the famed cowl as the voice of Batman. Supernatural star Jensen Ackles is Red Hood, and Neil Patrick Harris (How I Met Your Mother) voices Nightwing. John DiMaggio (Futurama) and Jason Issacs (the Harry Potter films) round out the main cast as The Joker and Ras Al Ghul, respectively.

Batman: Under the Red Hood is scripted by award-winning comics writer Judd Winick and based on his popular 2005 comics storyline and subsequent comics graphic novel of the same name. Animation guru Bruce Timm returns as executive producer, as he has for all eight DC Universe animated original movies. Director is Brandon Vietti, who served as co-director of Superman Doomsday and was responsible for the first one-third of that film, including the fatal battle between the two title characters.

In Batman: Under the Red Hood, Batman faces his ultimate challenge as the mysterious Red Hood takes Gotham City by firestorm. One part vigilante, one part criminal kingpin, Red Hood begins cleaning up Gotham with the efficiency of Batman, but without following the same ethical code. Killing is an option. And when The Joker falls in the balance between the two, hard truths are revealed and old wounds are reopened.

Fans will be treated to an incredible package of DC Universe storytelling as the Special Edition Blu-Ray and 2-Disc Special Edition DVD include the second animated short in the all-new DC Showcase series which features the popular DC Comics character, Jonah Hex. The short is scripted by renowned author Joe Lansdale and stars the voices of Thomas Jane (Hung), Linda Hamilton (The Terminator), Michelle Trachtenberg (Mercy, Buffy the Vampire Slayer) and Michael Rooker (Days of Thunder).

Batman: Under the Red Hood – 2 Disc Special Edition DVD will have more than two hours of fascinating bonus features, including:

Featurette Robins Story It was decided it was time to add a fresh face into the story mix, which turned out to be Dick Grayson, aka Robin. This is the story of Dick Grayson and how he transformed into Robin, with Batman as his father-figure role model. 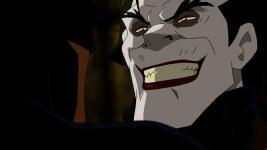 Batman: Under the Red Hood Special Edition Blu-Ray will have more than three hours of bonus materials, including all the great extras from the 2-disc Special Edition DVD as well as:

Featurette: Death in the House of Batman The story of how DC Comics heard the fans cry that the new Robin was not going to fit the cape, and how the Boy Wonder was scheduled to die.

Batman: Under the Red Hood is another terrific entry in the groundbreaking series of DC Universe animated movies, a shining representation of the adult storytelling that comics-turned-to-film has to offer, and further evidence of the combined creative power within the collaboration of DC Entertainment, Warner Premiere, Warner Bros. Animation and Warner Home Video, said Matt Bierman, Senior Vice President Production, Warner Premiere.

With each exciting new chapter of the DC Universe films, fans have come to expect more and Batman: Under the Red Hood delivers with an action-packed tale of mystery and emotional struggle brought to animated life by an outstanding filmmaking crew and voiced by the all-star talents of Bruce Greenwood, Jensen Ackles, Neil Patrick Harris and John Dimaggio, said Amit Desai, WHV Vice President of Family, Animation & Partner Brand Marketing.

In his feature length solo directorial debut, Brandon Vietti has brought this dark, psychological thriller to the screen with all the action and emotion of a great Batman story, said Sam Register, Executive Vice President, Warner Bros. Animation. 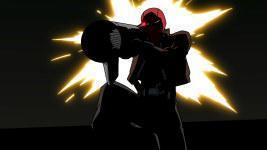 Warner Premiere is a Warner Bros. Entertainment production company focused on the development, production and marketing of feature-length-DVD and short-form digital content for this growing space. Warner Premiere is committed to being at the creative forefront in the evolution of quality product in the direct-to-consumer business, creating material that exemplifies the commitment to story, production and brand equity for which Warner Bros. is known.

DC SUPER HEROES and all related characters and elements are trademarks of and DC.
(s10)