Featuring more images from the upcoming animated feature, Warner Home Video has released a trade ad for the Batman: Under the Red Hood, the next installment in the popular direct-to-video DC Universe Animated Original Movie line. To view the trade ad, click on the thumbnail image below. 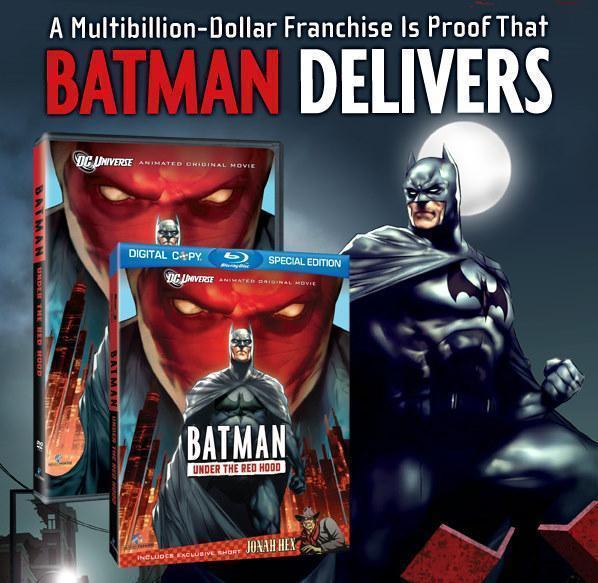 Click here to view the official press release, along with images and a trailer, for the upcoming Batman: Under the Red Hood direct-to-video animated feature.