The World’s Finest presents the latest in a series of studio-conducted interviews, provided by Warner Home Video, for the Superman/Batman: Apocalypse direct-to-video animated feature. Continue reading below for the latest installment featuring actor Ed Asner. 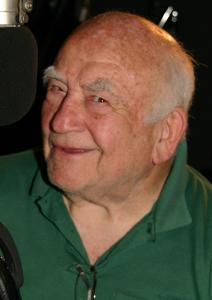 Granny Goodness is the primary henchwoman for the evil lord Darkseid, ruler of the distant planet Apokolips and a cruel, ominous being even more powerful than Superman. Asner first voiced the role for four episodes of Superman: The Animated Series, and returned to those evil female roots for two episodes of Justice League and Justice League Unlimited.

Asners storied career boasts seven Emmy Awards three supporting actor honors for his role as Lou Grant on The Mary Tyler Moore Show, two more as the title character in Lou Grant, and a pair of awards recognizing individual supporting performances in the landmark miniseries Roots and Rich Man, Poor Man. He has won more acting Emmys than any other performer, and is the only actor to ever win Emmy Awards for playing the same character in both a comedy and a drama.

The five-time Golden Globe winner also served as President of the Screen Actors Guild from 1981-1985.

Live-action accolades aside, Asner has been ever-present in animation for nearly 25 years, running the gamut from guest spots on shows like Animaniacs, The Simpsons, Family Guy, Johnny Bravo, King of the Hill, The Boondocks and Hercules (to name but a few) to regular roles in Gargoyles, Freakazoid, Batman: The Animated Series, Spider-Man and Captain Planet and the Planeteers. He also voiced the role of Santa Claus in the animated television special Olive the Other Reindeer (hes played Santa Claus for four different film/TV productions).

Asners stirring, funny, wonderful portrayal of Carl Fredrickson in Disney/Pixars Up had critics wondering why the Academy of Motion Picture Arts & Sciences had yet to add a voice acting category to the Academy Awards slate.

Asner, who turns 81 this November, had a few short minutes to answer questions following his latest recording session as Granny Goodness. Take note or Granny will know.

QUESTION: How does Granny Goodness compare to playing other female characters?

ED ASNER: I dont think I have played any other female characters before (he laughs). But if I did, shed have more balls than any of them. Its become the fashion lately theres Brian Bedford in Stratford doing Lady Bracknell in Oscar Wildes play. What hasnt been done enough is women playing men in as butch a manner as possible. Thats got to be even more fun. Im talking somebody like Marjorie Main pulling it off.

QUESTION: What do you use as a focal point while voicing Granny?

ED ASNER: Im thinking shes a lot of chest, a lot of high pressure steam, and that shes probably got a constant focus on vengeance and wreaking havoc on whoever she can. And I want to get away with as much damage as I can in as high-flown an effeminate form as possible.

QUESTION: Youve done it all and had long-lasting success in the entertainment industry. Whats the enticement of voice acting for you?

ED ASNER: Its always a trip a joyful trip to come into the studio, and especially working with this group. Andrea (Romano) is a delight to work with, and Bruce (Timm) knows this genre better than anybody. Plus, its the ability to let your imagination take flight to take chances, to plunge and to soar. Thats something you dont get to do as an actor. You get to do it as a kid. So I grab the opportunity as often as I can.

QUESTION: With all the animation work youve done, and the huge success of Up, can we assume you see animated films and television as a viable source of entertainment.

ED ASNER: Ive always loved cartoons I watched them when I was young, I still watch them now. And it is interesting to see how much more adult theyve gotten in terms of content, from these super hero pieces with their violence and more adult themes to the truly mature, fully-developed stories developed in films like Up and Wall-E. Todays animation goes places cartoons didnt used to go.

QUESTION: How do you feel about spunk?

ED ASNER: That all depends on whos got it.

Follow The World’s Finest on Twitter and Facebook!
New Trailer For “Batman: The Brave And The Bold – The Videogame” Release Official Trailer For The Upcoming Animated “Superman/Batman: Apocalypse”