Cartoon Network has passed along the episode synopsis, a video clip, and a collection of images from the upcoming Young Justice programming event, a special airing of the two-part series opener “Independence Day.” The one-hour Young Justice “Independence Day” premiere is scheduled to air Friday, November 26th, 2010 at 7:00pm (ET) on Cartoon Network. Click on the thumbnails below to view the complete library of hi-res images and Quicktime-format video clip. Please note the first thumbnail links to the aforementioned video clip. The official description is also provided. 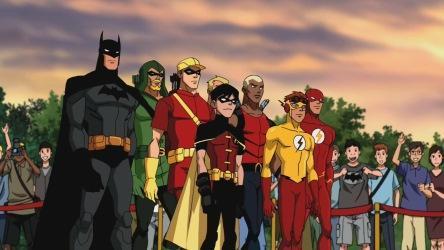 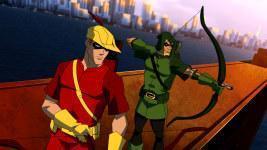 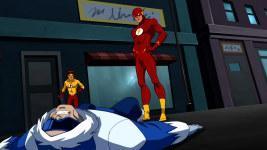 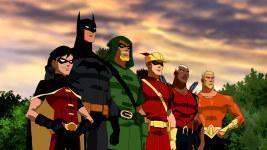 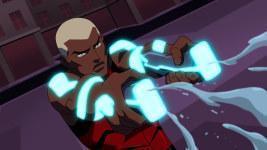 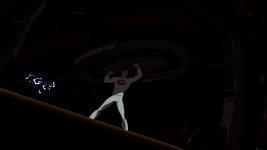 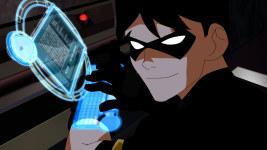 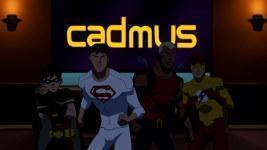 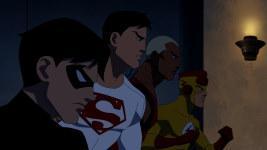 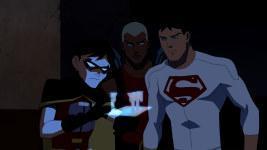 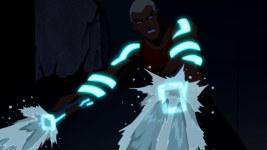 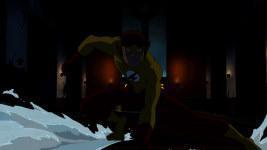 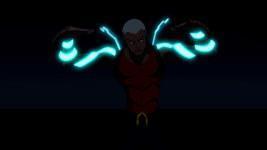 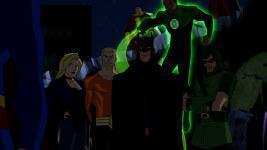 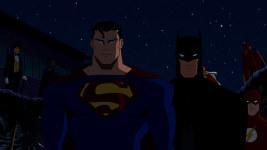 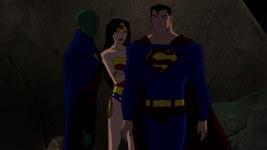 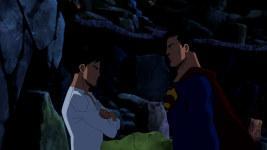 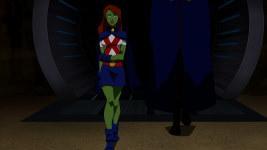 Synopsis:
In Young Justice, being a teenager means proving yourself over and over to peers, parents, teachers, mentors and, ultimately, to yourself. But what if you’re not just a normal teenager? What if you’re a teenage super hero? How much harder will it be to prove yourself in a world of super powers, super villains and super secrets? Are you ready to come of age in such a world? Are you ready for life or death rites of passage? Are you ready to join the ranks of the great heroes and prove you’re worthy of the Justice League? That’s exactly what the members of Young Justice Robin, Aqualad, Kid Flash, Superboy, Miss Martian and Artemis will found out whether they have what it takes to be a proven hero.

In the premiere episode, Robin, Speedy, Aqualad and Kid Flash are finally granted access to the headquarters of the Justice League. But when that access turns out to be little more than a glorified backstage pass, Speedy walks, and the other three sidekicks go on a mission of their ownto Project Cadmus, where they make a startling discovery

The two-part Young Justice episode event “Independence Day” is scheduled for Friday, November 26th, 2010 at 7:00pm (ET). Following this special airing, Young Justice is then slated to become a regular fixture to the Cartoon Network Friday-night programming block beginning in January 2011. Please note that Batman: The Brave and The Bold, a regular Friday night fixture on Cartoon Network, will be pre-empted on Friday, November 26th, 2010 due to this special programming event.

Stay tuned for further Young Justice updates here soon at The World’s Finest, including exclusive content and much more.