James HarveyBatman Beyond, Batman Beyond: Return of the Joker, Blu-ray/DVD/Digital, DC Animated Universe0 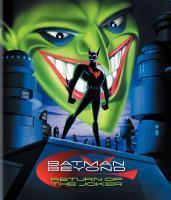 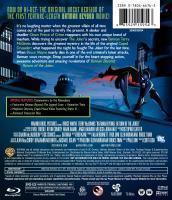 BATMAN BEYOND: RETURN OF THE JOKER

Synopsis: The greatest villain of all comes out of the past to threaten Batman, Bruce Wayne and all of Gotham City in Batman Beyond: Return of the Joker, the first feature-length Batman Beyond movie.

The sleeker, deadlier and seemingly immortal Clown Prince of Crime is back with his own unique brand of havoc and mayhem. While trying to uncover the Joker’s secrets, the new Batman, Terry McGinnis, discovers the greatest mystery in the life of the original Caped Crusader: What happened the night he fought the Joker for the last time. When Bruce Wayne is almost killed in one of the Joker’s latest attacks, Batman vows to avenge his mentor and put the Joker to rest forever.

Get ready for heart-stomping action, awesome adventure and amazing revelations in Batman Beyond: Return of the Joker.