The complete main cast and crew rundown for the Green Lantern: Emerald Knights direct-to-video animated feature, as listed in the official credits for the new DC Universe Animated Original Movie animated feature, are as follows below. Also below is an image from the film’s brief opening credits. Further extensive coverage on the Green Lantern: Emerald Knights release is forthcoming here on The World’s Finest. 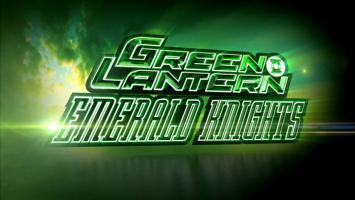 Laira
Based on What Price Honor? by Ruban Diaz and Travis Charest
Written by Eddie Berganza, Directed by Jay Oliva