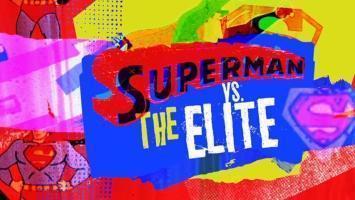 In further Superman Versus The Elite news, Warner Home Entertainment and The World’s Finest has teamed up to giveaway five Blu-ray editions of the highly-anticipated Superman Versus The Elite direct-to-video animated feature, available everywhere June 12th, 2012. To enter, simply send an email to bbeyond@yahoo.com including your name, mailing address and phone number. Additionally, please label the email “Superman Versus The Elite contest.” The contest runs from 12:00am (ET) May 28th, 2012 to 12:00am (ET) June 11th, 2012. Only the winners will be contacted upon closure of the contest and recipients selected, which will happen by June 15th, 2012. Please note this contest is open to Canadian and United States residents only.

Stay tuned for further Superman Versus The Elite updates here soon at The Worlds Finest.