Cartoon Network and Warner Bros. Animation have released a new promotional poster for the DC Nation programming block, debuting exclusively at the San Diego Comic-Con 2012. The poster features a roster of current and upcoming content from the popular one-hour block, including a closer look at Batman from Beware The Batman. Click on the image below for a higher-resolution look at the poster. 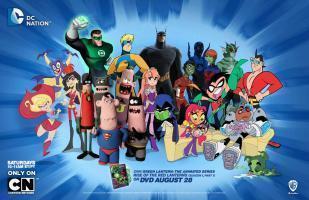 In additional DC Nation coverage, Warner Bros. Animation has confirmed that Green Lantern Guy Gardner will appear in upcoming episodes of Green Lantern: The Animated Series. The series, set to return in September 2012 after the summer hiatus, finds Green Lantern Hal Jordan replaced by a new Green Lantern on Earth. Gardner will be voiced by Diedrich Bader. Additionally, Jordan will face off against the villainous Anti-Monitor, which will force him to re-team with some familiar faces from the first 13 episodes of the acclaimed CGI-animated series. These details were announced at San Diego Comic-Con. Green Lantern: The Animated Series airs Saturdays at 10:00am (ET/PT) as part of the DC Nation programming block. 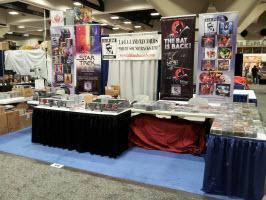