hosted by popgeeks.com | Tomo-chan is a Girl , Her bestfriend treats her like a boy not knowing she is in love with himLollipop Chainsaw Getting Unexpected Remake In 2023
Close
Skip to content
Menu

Publisher Little Orbit has officially announced a September 10th, 2013 street date for the upcoming Young Justice: Legacy video game title. Little Orbit is the studio handling the upcoming video game based on the acclaimed Cartoon Network animated series inspired by the DC Comics characters. Young Justice: Legacy, released in conjuncture with Warner Bros. Interactive, is an Action-RPG based on the popular Young Justice animated series. The new video game will launch for an assortment of consoles including the PlayStation 3, Xbox 360, and Nintendo DS and Wii-U. An official statement from the publisher on the new release date, and status of the game, came be found below.

It’s time for a round of answers to the questions many of you have been asking.

We now have the new official release date for Young Justice: Legacy and the full list of official platforms. 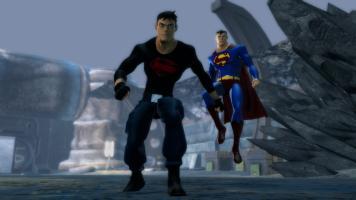 The game will be releasing worldwide on September 10th, 2013.

The change in the street date has nothing to do with the current status of the show, this decision was made by Little Orbit. We realize this sounds like a long way off, and we would like to apologize for the long wait. We take the game very seriously, and the decision to push the title back was difficult.

We didn’t know it when we named the title, but as the show airs its final episodes, Young Justice: Legacy has taken on an entirely new meaning for the fans.

Many of fans have also asked about the hardware platforms, which have shifted around a little. At launch the game will be available on Microsoft X360, Sony PS3, Nintendo 3DS, Nintendo Wii-U, and PC on Steam.

In the next couple of weeks we’ll be opening up pre-orders across a number of online retailers, premiering the box art, and unveiling an all new full length trailer.

Continue to write letters to DC and Cartoon Network.

Young Justice: Legacy was originally scheduled for a Spring 2013 release, with early information from the publisher citing a February 2013 or March 2013 release.

Additional details on the upcoming video game, including game facts and a press release, can be found here and here. The gallery of images can also be found here.