Cartoon Network has provided The World’s Finest with new stills and clips from the upcoming Beware The Batman episode “Family,” airing Saturday, September 7th, 2013 at 10:00am (ET/PT) on Cartoon Network. Beware the Batman incorporates Batman’s core characters with a rogue gallery of new villains not previously seen in animated form. Along with backup from ex-secret agent Alfred and lethal swordstress Katana, the Dark Knight faces the twisted machinations of Gotham City’s criminal underworld. Continue below to view a gallery of new images and video clips in the high-definition Quicktime format. The first two images lead to the clips, and the remainder to episode stills. 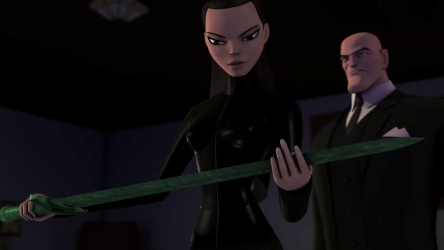 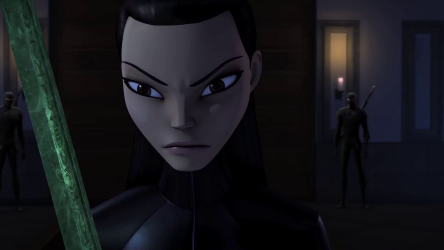 Beware The Batman
“Family” airs Saturday, September 7th, 2013 on Cartoon Network
With the League of Assassins knowing where the SoulTaker Sword is, but unable to get Katana to return it, they decide their only course of action is to kidnap Bruce Wayne and hold him for ransom – that ransom being the sword. Of course, they don’t realize that Bruce Wayne is actually Batman! When Katana shows up to turn over the sword and rescue Wayne, Alfred causes a diversion, allowing Wayne to don the Batman suit and join the battle. Teaming with Katana to end the League, Batman finds himself in an all-out ninja fight that ends with a startling revelation.