Warner Bros. Home Entertainment has provided The World’s Finest with a new image from the upcoming Justice League: War animated feature, along with additional updates concerning the studio’s presence at the New York Comic-Con 2013. The new image from the upcoming direct-to-video Justice League: War animated feature spotlights a first look at Superman, along with appearances by Batman and Green Lantern. The upcoming DC Universe Animated Original Movie title, scheduled for release come Early 2014 from Warner Home Video, will be an adaptation of the “Justice League: Origin” storyline recently published by DC Comics. “Justice League: Origin,” written by Geoff Johns with artwork by Jim Lee and Scott Williams, kicked off the comic publisher’s current ongoing “The New 52” comic-line initiative. Click on the thumbnail below for a closer look at the image. 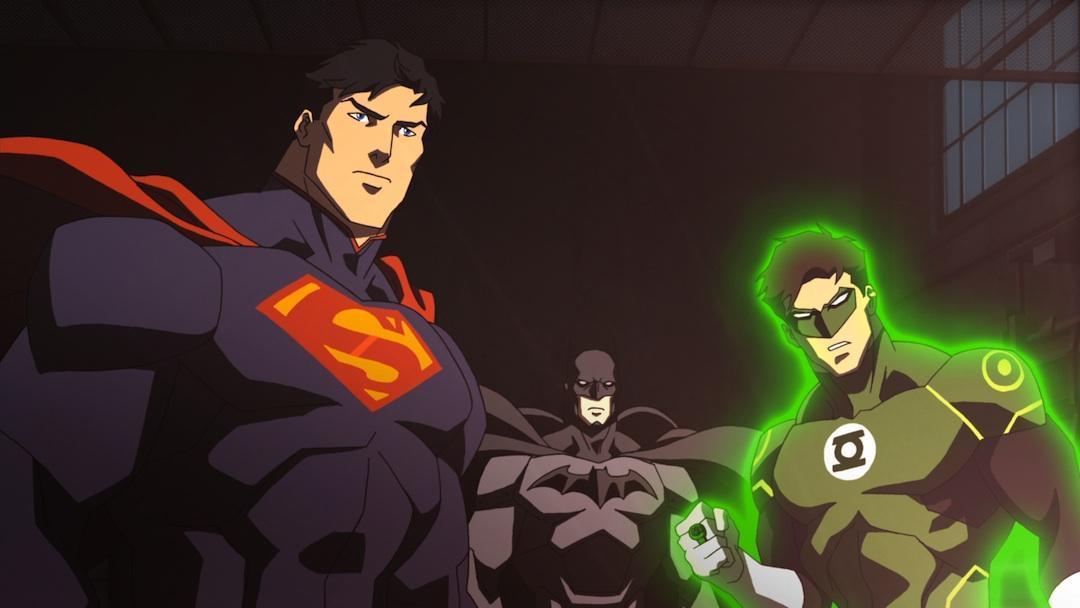 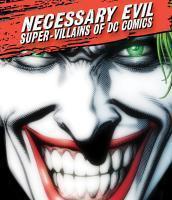 Thursday, October 10
5:00-6:30pm
Room 1A06
World Premiere of Necessary Evil: Super-Villains of DC Comics
Behind every great super hero is an even greater rogues gallery, and that’s where the spotlight lands in the all-new documentary, “Necessary Evil: Super-Villains of DC Comics.” From the Joker and Deathstroke to Lex Luthor and Darkseid, the film investigates the inner-workings of the most nefarious collection of baddies in comics history. Join Warner Bros. Home Entertainment and DC Entertainment for the World Premiere of this compelling film, which is narrated by everyone’s favorite villain, Christopher Lee (The Lord of the Rings & Star Wars films). “Necessary Evil: Super-Villains of DC Comics” will be distributed by Warner Bros. Home Entertainment on October 25, 2013.

Saturday, October 12
12:30-1:30pm
Theater 1D
Superman 75th Celebration
As the most recognizable superhero in the world, Superman has flown high in film, TV, radio, animation, video games and, of course, comics for 75 glorious years. Join a star-studded panel covering the gamut of Supes’ incarnations as they discuss the beloved character’s many personifications, impressive history, and ongoing relevance within society and entertainment. You won’t want to miss the World Premiere of a special 75th Anniversary animated short created by Man of Steel director Zack Snyder and Superman: The Animated Series producer Bruce Timm (who will be on-hand to present the short). Award-winning writer Scott Snyder, DC Comics Co-Publisher Dan Didio, comics icon Paul Levitz and Mike Carlin, Creative Director/Animation, DC Entertainment will anchor the panel alongside stars of film and television, including Castle star Molly Quinn, the voice of Supergirl. As a perfect complement to the panel, make sure you tour the special “Superman 75” costume exhibit on display as part of the DC Booth all weekend at NYCC.

Saturday, October 12
5:30-6:30pm
Room 1A03
Hanna-Barbera and the Designs of Alex Toth
What do Space Ghost, The Herculoids, The Mighty Mightor, Shazzan and Thundarr all have in common? Besides being classic Hanna-Barbera Saturday morning cartoons, they all feature unforgettable character designs by the legendary Alex Toth. Join longtime comics writer/editor/educator Danny Fingeroth and all-knowing, fan-favorite Warner Archive Podcast hosts Matt Patterson and DW Ferranti for a salute to this animation sensation and his iconic influence on Saturday mornings.

Saturday, October 12
7:45-8:45pm
Theater 1E
Batman: Arkham Origins
Witness the next installment in the blockbuster videogame franchise. Developed by WB Games Montréal, Batman™: Arkham Origins features an expanded Gotham City and introduces an original prequel storyline set several years before the events of Batman: Arkham Asylum and Batman: Arkham City. Taking place before the rise of Gotham City’s most dangerous criminals, the game showcases a young and unrefined Batman as he faces a defining moment in his early career and sets his path to becoming the Dark Knight.  Don’t miss the lively panel discussion between WB Games Montréal Creative Director Eric Holmes and actors Roger Craig Smith (Resident Evil) and Troy Baker (Bioshock Infinite, The Last of Us), the voices of Batman and The Joker, respectively, moderator Lucas Siegel and other surprise guests. Be on the look out for new NYCC-exclusive reveals! Batman: Arkham Origins will be released worldwide on October 25, 2013.

Sunday, October 13
1:30-2:30pm
Room 1A10
Warner Archive presents “Almost Forgotten TV Heroes”
Did you know there were two TV Wonder Women BEFORE Linda Carter’s turn beneath the tiara? Or that none other than Ed MacMahon roasted members of the Justice League – on prime time TV? With Smallville’s triumphant 10-season run still fresh in our memories, and a certain Man of Steel soaring high in the cinema, Warner Archive think it’s worth a look at some lesser known super-shows. Join renowned writer/artist Jerry Ordway and Mike Carlin, Creative Director/Animation, DC Entertainment alongside the ever-informed, fan-centric Warner Archive Podcast hosts Matt Patterson and DW Ferranti and moderator Gary Miereanu as they take a look at the syndicated Adventures of Superboy (from  the producers of Superman: The Motion Picture and featured scripts from some of comicdom’s most noted scribes), Cathy Lee Crosby’s superspy version of Princess Diana, Hanna-Barbera’s notorious live-action primetime Superfriends: Legends of the Super Heroes and clips from some choice “super” pilots.

New York Comic-Con is the East Coast’s biggest popular culture convention, with show floors that play host to the latest in comics, graphic novels, anime, manga, video games, toys, movies and television. Panels and autograph sessions give fans a chance to interact with their favorite creators, and the screening rooms feature sneak peeks at films and television shows months before they hit either big or small screens. And with dedicated professional hours, New York Comic Con is a market place, bringing together the major players in the entertainment industry. New York Comic Con is the second largest pop culture convention in America and the only one that takes place in the comic book, publishing, media and licensing capital of the world — Gotham City.