Warner Home Video has provided a new video clip to promote the release of Necessary Evil: Super-Villains of DC Comics – now available to own on Blu-ray and DVD. The documentary, narrated by Christopher Lee, spotlights the pivotal role villains play in the lives of DC Comics’ biggest heroes. Necessary Evil: Super-Villains of DC Comics – which features clips from DC Comics-based animated, live-action, and video game productions past and present – ties in to the publisher’s current villain-themed comic initiatives and storylines. Click on the image and links below to view the new clip in the Quicktime format, in either standard definition or high-definition. A description of the documentary and attached clip can also be found below. 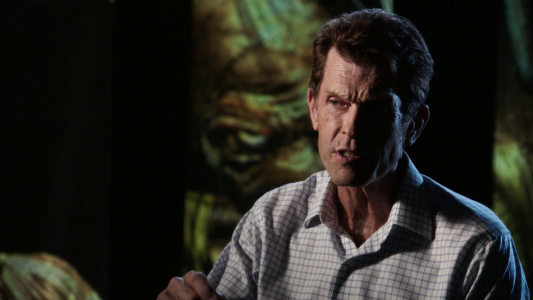 Synopsis:Necessary Evil: Super-Villains of DC Comics explores the thin line between right and wrong, the nature of evil and how super-villains can reflect society’s dark side as well as our own personal fears. It also offers keen insight as to the reasons why comic book fans are so fascinated by the very characters they hope to see defeated. Featuring interviews with such luminaries as directors Richard Donner (Superman), Guillermo del Toro (Pacific Rim) and Zack Snyder (Man of Steel), the film focuses on DC Comics’ most terrifying villains, including The Joker, Lex Luthor, Bane, Black Adam, Black Manta, Catwoman, Darkseid, Deathstroke, Doomsday, General Zod, Sinestro, the Suicide Squad, and more.

The clip from the film features Kevin Conroy, the fan favorite voice of Batman; Zack Snyder, director of Man of Steel; and Dr. Andrea Letamendi, renowned geek psychologist; as well as the recognizable voice of ultimate villain Christopher Lee, who provides the narration for the documentary. The topic of the clip is whether or not villains are born bad.

The CG-animated series Beware The Batman will be the focus of a special two-hour SuperFan Friday programming block mini-marathon this Friday, October 25th, 2013, beginning at 7:00pm (ET/PT) on Teletoon. The first four episodes of the series, including two new-to-Teletoon episodes, will air as part of the Canadian animation network’s special SuperFan Friday programming presentation.

Details on all four episodes airing as part of the special Teletoon SuperFan Friday Beware The Batman mini-marathon can be found below.

Beware The Batman
“Safe” airs Friday, October 25th, 2013 at 8:30pm (ET/PT) on Teletoon
Katana’s history as a member of the League of Assassins is revealed – as well as the fact she’s been hiding the famed Soultaker Sword.

In continuing news, The World’s Finest confirmed earlier this week that the Beware The Batman animated series has been pulled from the Cartoon Network schedule until January 2014. Details on this development can be found here. Stay tuned for further updates here soon at The World’s Finest 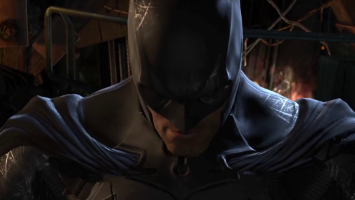 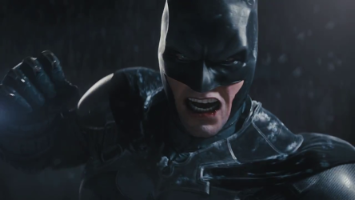 The first issue of the new monthly Beware The Batman comic title, from publisher DC Comics and DC Entertainment, arrives in comic book and hobby stores today. The new comic title is inspired by the Cartoon Network animated series of the same name. A downloadable digital version of the comic will also be available through digital outlets including ComiXology and the DC Comics website.

The World’s Finest confirmed earlier this week that the Beware The Batman animated series has been pulled from the Cartoon Network schedule until January 2014. Details on this development can be found here. Stay tuned for further updates here soon at The World’s Finest

Discuss Beware The Batman #1 at The DC Animation Forum!

Representatives for Cartoon Network have confirmed that Beware The Batman has been removed from the network schedule, and is currently on hiatus. The CG-animated series, which aired Saturday and Sunday mornings at 10:00am (ET/PT) on Cartoon Network as part of the DC Nation programming block, will be replaced with additional airings of the comedy-adventure series Teen Titans Go!. Fans took notice of the change when the show was removed from the official Cartoon Network schedule page earlier this week. A new episode of the series, “Attraction” – spotlighting Katana and Magpie – was originally slated to air this coming Saturday, October 26th, 2013 at 10:00am (ET/PT). It has since been replaced with Teen Titans Go! repeats. 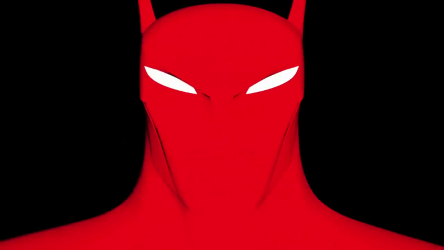 “Currently Beware the Batman is no longer on our air,” said a representative for Cartoon network, adding viewers should stay tuned for additional information. “Fans can still enjoy Teen Titans Go! and new exclusive shorts on Saturday mornings.”

No reasons for Beware The Batman‘s removal from the schedule were provided.

However, sources have confirmed for The World’s Finest that Beware The Batman is set to return to Cartoon Network come January 2014. The remaining fifteen episodes are slated to be aired within the first half of 2014, though schedule details are subject to last-minute change. Beware The Batman also currently remains in active production. Anthony Ruivivar, the voice of Batman on Beware The Batman, confirmed the January 2014 return date on the social media outlet Twitter.

Cartoon Network has provided The World’s Finest with new stills and a clip from the upcoming Teen Titans Go! episode “Power Moves,” airing Wednesday, October 23rd, 2013 at 7:30pm (ET/PT). The half-hour comedy/adventure series – which features two 11-minute tales – airs Wednesdays at 7:30pm (ET/PT) on Cartoon Network, with rebroadcasts airing during the DC Nation programming block Saturday and Sunday mornings at 10:30am (ET/PT). Please note the new story “Power Moves” will be paired with a re-airing of a previously-aired 11-minute tale. Continue below to view a gallery of new images and a clip in the high-definition Quicktime format. The first image leads to the clip, and the remainder to episode stills. 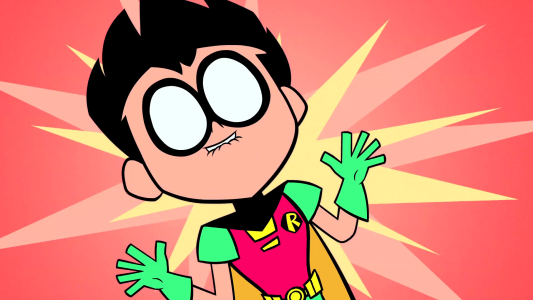 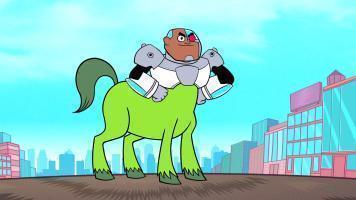 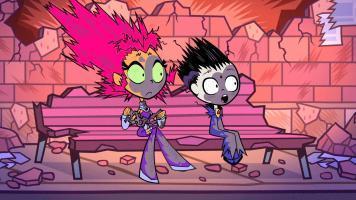 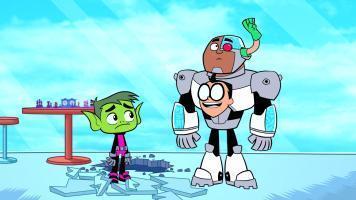 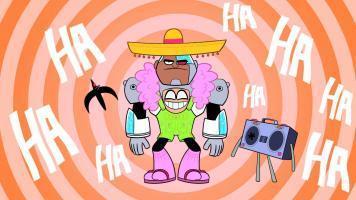 Teen Titans Go!
“Power Moves” airs Wednesday, October 23rd, 2013 on Cartoon Network
Robin gets carried away when he and Cyborg start merging their powers and technology into cool Power Moves. He even moves into Cyborg’s body and refuses to leave.