DC Entertainment, along with DC Comics and DC Collectibles, has issued a following press release announcing a host of upcoming action figures slated to premiere at the annual Toy Fair event. Each year, close to 1,000 global media representatives flock to Toy Fair to report on the trends, toys and playthings found at the largest toy trade show in the Western hemisphere. Toy Fair 2014 is being held February 16th – 19th, 2014 at the Jacob K. Javits Convention in New York City. Among the DC Collectibles releases are action figures based on the classic Batman: The Animated Series property and the upcoming Son of Batman direct-to-video animated feature. Continue below to view the press release issued by DC Comics along with a look at the Batman: The Animated Series and Son of Batman-inspired figures. 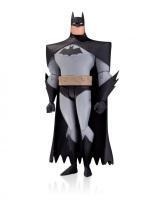 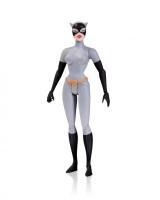 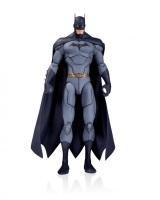 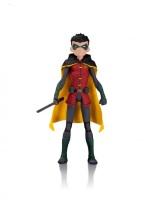 DC Collectibles, the exclusive line of toy and collector items from DC Entertainment, announced today an exciting 2014 product line-up just in time for New York Toy Fair. DC Collectibles will offer a wide range of new action figures and collector’s items based on DC Comics’ iconic characters and other properties including the highly-anticipated Son of Batman direct-to-video film and Infinite Crisis, the upcoming video game from Warner Bros. Interactive Entertainment and developed by Turbine. And for the first time ever, new 6” scale action figure lines based on designs from both Batman: The Animated Series and The New Batman Adventures will be released later this year.

“DC Collectibles has an amazing 2014 line-up in store for fans and collectors and we’re psyched to be showcasing our new action figures, statues and more at New York Toy Fair,” said Geoff Johns, chief creative officer of DC Entertainment. “The new slate shows off the team’s commitment to bringing innovative ideas and the highest quality toys and collector’s items to fans worldwide, and as a fan myself I’m particularly excited about the new Batman: The Animated Series and The New Batman Adventures lines.”

Additional new product categories scheduled for 2014 include a “(Bat)man cave” line of high-end lifestyle products, an all new Wood figure line, and porcelain dolls based on a beloved character from Vertigo’s The Sandman series.

Following up with some of their most popular lines comes a second wave of action figures based on art from Greg Capullo, and new additions to both the DC Comics Bombshells and DC Cover Girls statue series.

The annual American International Toy Fair event is the largest toy and youth product marketplace in the Western Hemisphere, bringing together more than 1,000 exhibiting manufacturers, distributors, importers and sales agents from around the globe to showcase their toy and entertainment products. Further details on the annual Toy Fair can be found at the event’s official website. Toy Fair 2014 is being held February 16th – 19th, 2014 at the Jacob K. Javits Convention in New York City.

Initial details and a trailer for the upcoming Son of Batman feature, part of the DC Universe Animated Original Movie line from Warner Bros. Home Entertainment, can be found here. Additionally, check out the The World’s Finest Batman: The Animated Series subsite for a host of content dedicated to the classic series.