The World’s Finest has obtained a look at the early cover artwork for the upcoming home video release of Batman: Assault on Arkham, the next installment in the ongoing DC Universe Animated Original Movie line. The animated feature – set for release come Summer 2014 on Blu-ray Combo Pack, DVD, and for Digital Download – features a new story based on the popular Batman: Arkham video game series. In Batman: Assault on Arkham, the Suicide Squad is tasked with breaking into Arkham Aslyum to stop The Joker, with Batman working the same case.

Click on the image below for a closer look. Additionally, Warner Bros. Home Entertainment has provided a 3D look at the Blu-ray cover artwork. 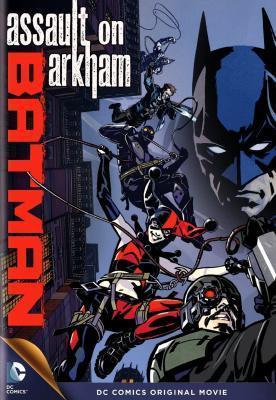 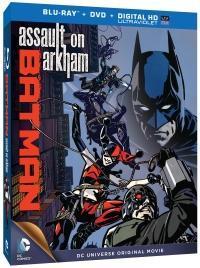 Warner Bros. Home Entertainment has yet to provide any official information on the assorted home entertainment releases for this upcoming animated title. Click here to view the recently-released trailer for Batman: Assault on Arkham.

Kevin Conroy, voicing Batman, headlines an impressive array of voice talent for the feature. Batman: Assault on Arkham was announced as the third title in the popular DC Universe Animated Original Movie line for 2014 during the 2013 San Diego Comic-Con.