Warner Bros. Home Entertainment has provided The World’s Finest with two new images from the upcoming direct-to-video animated movie Son of Batman featuring Batman, Talia Al Ghul, and Deathstroke. The next installment of the ongoing DC Universe Original Movie line will hit shelves May 6th, 2014 on Blu-ray Combo Pack, DVD, and for Digital Download. Son of Batman is inspired by the acclaimed Batman comic book storyline “Batman and Son” written by Grant Morrison, wherein Batman discovers he has a son – named Damian – with Talia Al Ghul. Click on the thumbnails below for a closer look at each image. 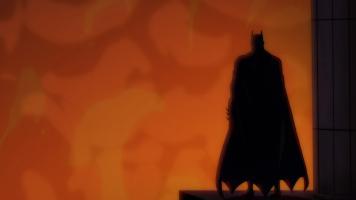 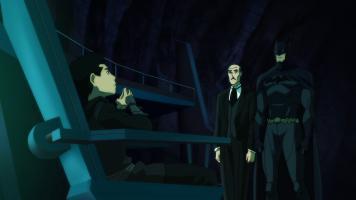 Son of Batman is directed by Ethan Spaulding, from a screenplay by Joe R. Lansdale adapting a story by James Robinson. The voice cast for Son of Batman features Jason O’Mara as Batman/Bruce Wayne; Stuart Allan as Damian; Morena Baccarin as Talia Al Ghul; Giancarlo Esposito as Ra’s Al Ghul; David McCallum as Alfred Pennyworth; Xander Berkeley as Kirk Langstrom; and Thomas Gibson as Deathstroke. As previously mentioned, this animated feature is based off the Grant Morrison “Batman and Son” comic book storyline.