Turner Broadcasting Systems, Inc. has announced a new president and general manager for the Cartoon Network brand of television networks. Christina Miller will assume the role immediately, and will help drive future initiatives for Cartoon Network, Adult Swim, and Boomerang. Miller will also play a role in developing and overseeing possible new content featuring DC Comics characters for the assorted networks she will manage. Continue below for the complete press release.

Christina Miller has been named President and General Manager for the Turner Broadcasting System, Inc. networks Cartoon Network, Adult Swim and Boomerang, as well as their digital brand extensions, including Cartoon Network.com and Adult Swim.com. The announcement was made by David Levy, President of Turner Broadcasting System, Inc., to whom Miller reports. 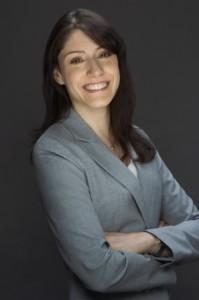 Miller will be responsible for leading the business in North America and working closely with Turner International to establish short and long-term priorities, as well as an overall worldwide strategic plan that will more closely align the Kids business. This role gives Miller global oversight of linear and non-linear content, the consumer products group and franchise management. She will lead a team of business and creative executives that includes, Rob Sorcher, chief content officer, Cartoon Network and Mike Lazzo, executive vice president/creative director, Adult Swim.

“As we continue to expand and look for growth opportunities in the kids and young adults business, it is imperative that we strategically leverage the brand equity that Cartoon Network has worldwide and continue to build on the tremendous success of Adult Swim,” said Levy. “Christina is a well-respected executive who has had great success growing the NBA Digital business for us and also brings a wealth of experience in leading global brands and franchises in the kids business. She is a strategic thinker with a reputation for being a collaborator and achieving great results; and I am thrilled to have her at the helm of the next evolution of this business.”

“I am very excited to return in this new role to the business that I initially joined Turner for, and look forward to working with Rob, Mike and the great teams at Cartoon Network, Adult Swim and Boomerang,” said Miller. “These are beloved brands with a passionate following and there’s a tremendous opportunity to continue to grow them domestically and, with guidance from David and Turner International President Gerhard Zeiler, a new focus on alignment and partnership to leverage the global potential of Cartoon Network and Boomerang.”

Miller joined Cartoon Network Enterprises in 2005 and was responsible for building the division’s first global, multi-property, strategic partnership which brought the entire Cartoon Network portfolio of toys to market. She also launched CNE’s first consumer products franchise Ben 10, overseeing the development of the property in all key categories. Under her direction and in addition to managing the licensing of all Cartoon Network and Adult Swim original series, CNE expanded its role in to third-party licensing through strategic partnerships that built on the division’s core competencies.

Before joining Turner, Miller served as senior vice president of brand licensing for HIT Entertainment, responsible for brand strategy and licensing for classic preschool brands including Thomas & Friends, Barney, The Wiggles and Bob the Builder.

About Adult Swim
Adult Swim (AdultSwim.com) is Turner Broadcasting System, Inc.’s network offering of original and acquired animated and live-action series for young adults. Airing nightly from 8 p.m. to 6 a.m. (ET/PT), Adult Swim has been the #1 basic cable network for total day delivery of adults 18-34 and 18-24, as well as men 18-34 and 18-24 for almost a decade and is seen in nearly 100 million U.S. homes.

About Boomerang
Boomerang is TBS, Inc.’s 24-hour cable/satellite network offering the best in classic animated entertainment. In partnership with Cartoon Network, the service boasts 75 percent unduplicated programming and is available to cable/satellite operators and their customers in Spanish.

About Turner Broadcasting
Turner Broadcasting System, Inc., a Time Warner company, creates and programs branded news; entertainment; animation and young adult; and sports media environments on television and other platforms for consumers around the world.

While a second season of animated action-comedy series Teen Titans Go! is currently underway, along with sporadic airings of DC Nation animated shorts, no other DC Comics-based animated properties are currently confirmed to be heading to Cartoon Network for the foreseeable future. However, there are some animated projects featuring DC Comics characters currently being developed for television, with possible announcements coming in the near future.