Warner Bros. Home Entertainment has broke down the Warner Archive Collection events slated for San Diego Comic-Con 2014, and confirmed the upcoming release of Young Justice: Season One to Blu-ray. Details for the 26-episode first season release will be featured as part of the Warner Archive Collection “A Batman for All Seasons” panel, specific details of which can be found below. The San Diego Comic-Con convention is held every year, and focuses on a host of different genres and pop culture events. Young Justice was the acclaimed Cartoon Network animated series headlined by a diverse group of young DC Comics-based superheroes.

Official convention panel details for Warner Archive Collection can be found below. Click on the accompnaied image for a closer look.

Young Justice: Season One is on the way! 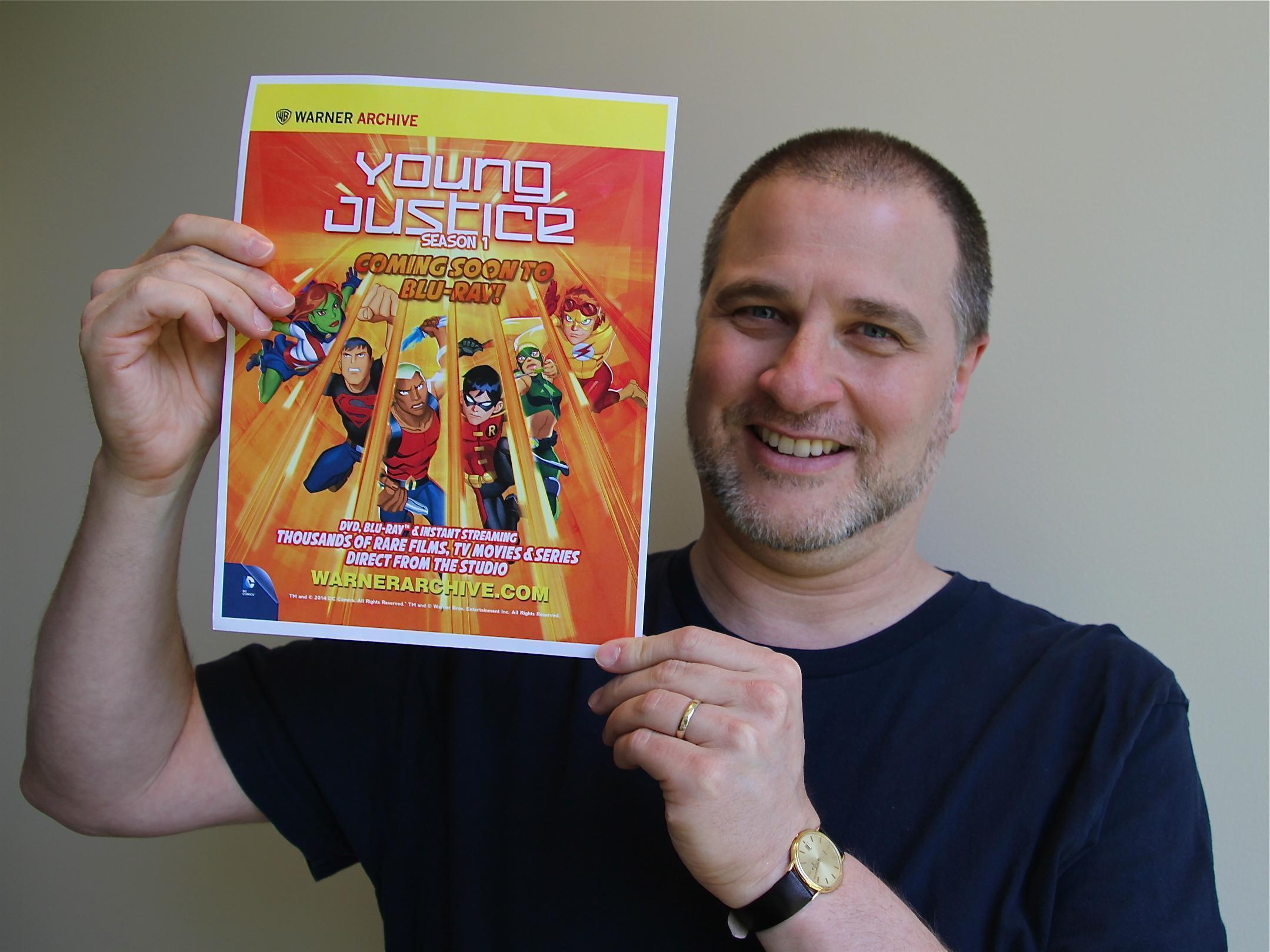 Karaszewski, a Golden Globe-winning producer/writer renowned for work on Ed Wood, The People vs. Larry Flynt and Man on the Moon, and director/writer Gordon, whose notable resume includes Re-Animator and Masters of Horror, will take part in Warner Archive Collection presents Trailers From Hell Live! on Saturday, July 26 at 1:00pm in Room 25ABC.

A match made in classic movie heaven: the gurus of Trailers From Hell paired with the fan-centric trio of Warner Archive Collection podcasters, making a detailed, often humorous dissection of trailers from some of the great films in the fanboy spectrum. From SciFi and Horror to Action and Noir, you’ll get an interesting, hilarious education on current and upcoming releases in the WAC catalog and Warner Archive Instant from a panel that includes Karaszewski, Gordon, Academy Award-nominated screenwriter Josh Olson (A History of Violence) and the ever-informed WAC Podcast hosts George Feltenstein, Matthew Patterson and DW Ferranti.

Weisman, creator/producer of Gargoyles and producer of such notable series as Young Justice and the upcoming Star Wars Rebels, will now take part in the heralding of the Dark Knight’s many incarnations at Warner Archive Collection presents A Batman For All Seasons. The panel is slated for Sunday, July 27 at Noon in Room 7AB.

As Bat Mite so eloquently stated to the extra-dimensional Comic-Con bat-fans, “There is no one correct kind of Batman.” Weisman joins respected producer/author Michael Uslan (The Boy Who Loved Batman); producer James Tucker (Batman: The Brave and the Bold), producer/director Brandon Vietti (Young Justice), WAC Podcast hosts Matthew Patterson and DW Ferranti, and some potential surprise guests as they examine those “other” Batman iterations and oddities throughout history – from early films like “Public Defender” and the Filmation Batman cartoons to new versions of the character (Young Justice, Batman: The Brave and the Bold, Beware the Batman), the off-kilter takes (like the cult favorite “roast” of “Legends of the SuperHeroes”) and new media (motion comics like “Batman: Black and White,” “Batgirl: Year One” & “Batman Adventures: Mad Love”). And stick around – there might just be a special WAC announcement that will excite fans both “Young” and old.