The Canadian network Teletoon is slated to air the 2005 The Batman Versus Dracula animated feature during the network’s “Teletoon Superfan Friday” programming block on Friday, August 22nd, 2014. The feature-length adventure is spun-off from the late Kids’WB! animated series The Batman, which rain from 2004 – 2008, featuring the early adventures of the Caped Crusader. The weekly “Teletoon Superfan Friday” programming block on Teletoon, airing Fridays starting at 7:00pm (ET/PT), features a mix of super-hero animated television proagrams and movies.

Official details on the The Batman Versus Dracula animated feature, released by Teletoon, are available below.

The Batman Versus Dracuka
Teletoon, Friday, August 22nd, 2014 at 7:00pm (ET/PT)
Gotham City is terrorized not only by recent escapees Joker and Penguin, but by the original creature of the night, Dracula! Can Batman stop the ruthless vampire before he turns everyone in the city, including the aforementioned super villains into his mindless minions? With supernatural strength, speed and mind control Dracula might prove to powerful for the Dark Knight. The movie also stars tenacious reporter Vicky Vale and favourite bad guys The Joker and The Penguin.

Cartoon Network has provided The World’s Finest with stills and a clip from the new Teen Titans Go! episode “Knowledge,” airing Thursday, August 21st, 2014 at 6:00pm (ET/PT). The half-hour comedy/adventure series – which features two 15-minute episodes – airs Thursdays at 6:00pm (ET/PT) on Cartoon Network, with rebroadcasts airing at select times during the week. The new Teen Titans Go! segment “Knowledge” will be paired with a broadcasting of a previously-aired episode. Teen Titans Go! follows the comedic adventures of the teenage superhero team as they deal with what happens between the major battles. 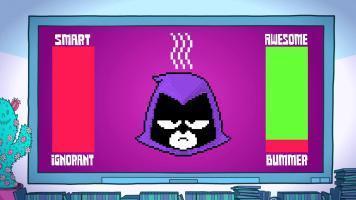 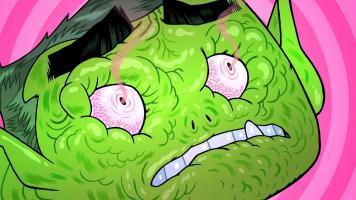 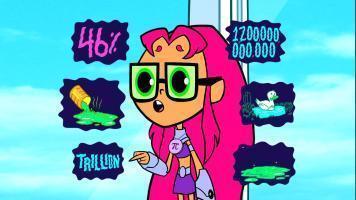 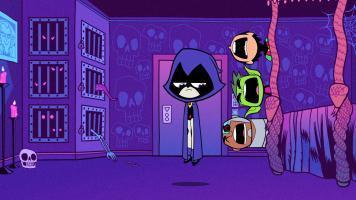 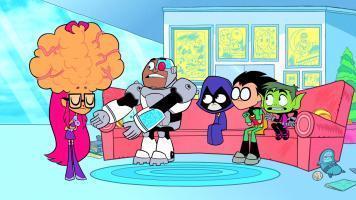 Teen Titans Go!
“Knowledge” airs Thursday, August 21st, 2014 on Cartoon Network
Starfire is tired of not fitting in with the other Titans, and asks Raven to help her to learn more about human culture. Raven casts a spell to give Starfire all of human knowledge, which turns Starfire into the total bummer.

Network-debut episodes of Beware The Batman have helped the series perform consistently as part of the popular Toonami programming block, found on Cartoon Network’s counterpart channel Adult Swim. The CG-animated series Beware The Batman, which features The Dark Knight as he faces off against Gotham City’s criminal underworld with backup from ex-secret agent Alfred and lethal swordstress Katana, airs Saturday nights at 2:30am (ET/PT). The network debut episode “Darkness,” which aired Saturday, August 9th, 2014, grabbed nearly 600,000 viewers, keeping average with the standard ratings pull for an episode of Beware The Batman. While not the highest-rated program in the massive programming block, it ranks first in its timeslot among male-dominated demographics for Adult Swim’s Toonami.

Please note, the above data does not take into account DVR and PVR airings. DVR and PVR recorded airings, on average, can increase a program’s viewership from 5 – 10%.

The CG-animated series originally aired on Cartoon Network as part of the now-defunct DC Nation programming block, but was removed from the schedule in October 2013 for unexplained reasons. After a lengthy hiatus, the show joined the Toonami programming block on Adult Swim back in May 2014, details of which can be found here. Representatives for Adult Swim state the network is committed to airing all 26 episodes.

Warner Bros. Home Entertainment has released a batch of new images from Batman: Assault on Arkham, the latest installment in the ongoing DC Universe Animated Original Movie line. The images highlight Batman and the Suicide Squad. The animated movie – which is now available to own on Blu-ray, DVD and Digital HD – features a story based on the popular Batman: Arkham video game series. In Batman: Assault on Arkham, a routine mission by the Suicide Squad to stop The Riddler goes awry when The Joker gets involved, drawing the attention of Batman.

Click on the thumbnails below for a closer look at each image.

Warner Bros. Home Entertainment has released a new video clip from the Batman: Assault on Arkham animated feature, the latest installment in the ongoing DC Universe Animated Original Movie line. The clip features an attack by the deadly the Suicide Squad. The animated movie – which is now available to own on Blu-ray, DVD and Digital HD – features a story based on the popular Batman: Arkham video game series. In Batman: Assault on Arkham, a routine mission by the Suicide Squad to stop The Riddler goes awry when The Joker gets involved, drawing the attention of Batman.

Click on the player below to check out the clip.

The direct-to-video Batman: Assault on Arkham animated feature from DC Entertainment and Warner Bros. Animation is now available to own on Blu-ray, DVD and Digital HD. Warner Bros. Home Entertainment distributes the latest installment of the DC Universe Animated Original Movie line. Stay tuned for a review and exclusive content.